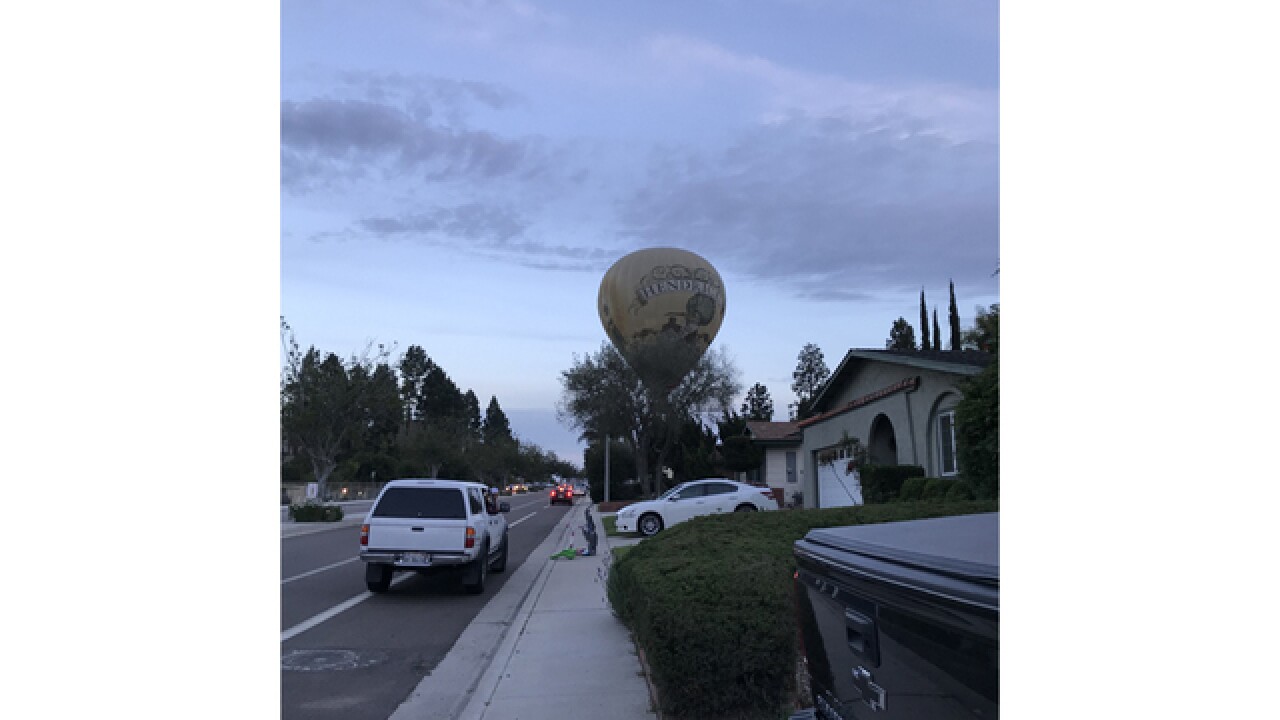 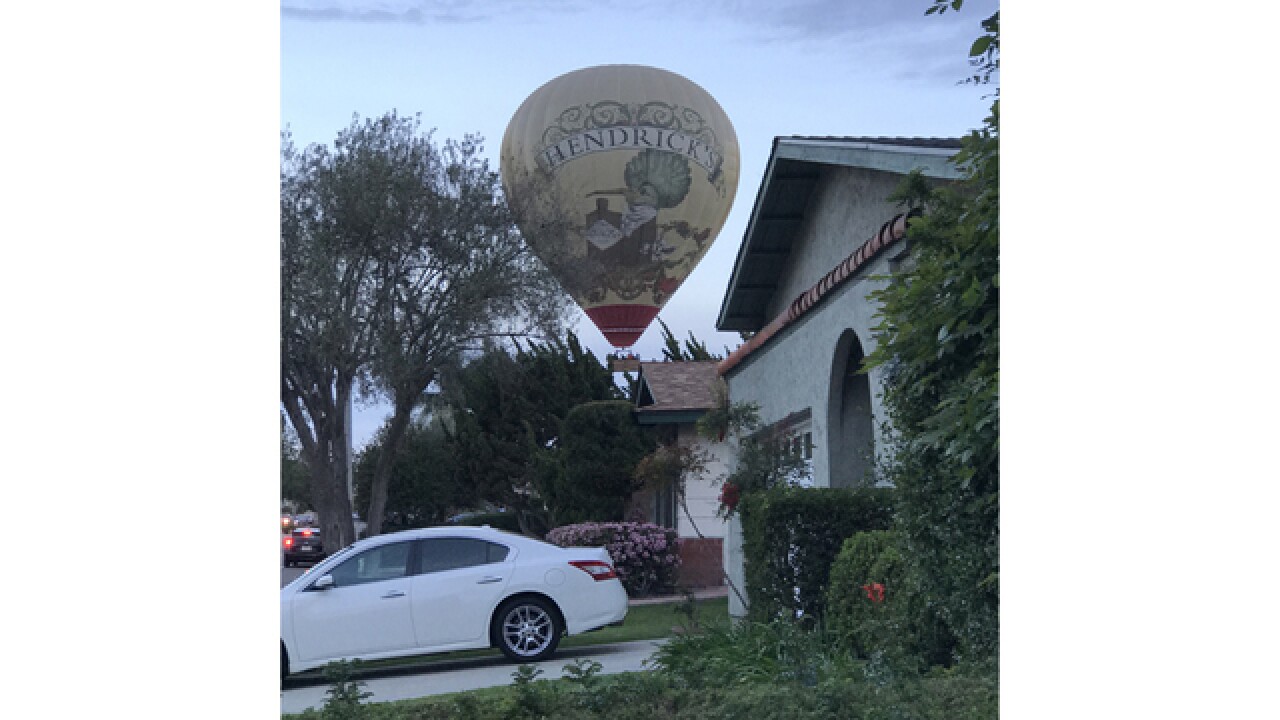 SAN DIEGO - A hot air balloon with 14 passengers and a pilot on board made an unplanned landing in Rancho Peñasquitos Sunday night.

The balloon set down on a hillside at Peñasquitos Drive and Del Diablo Way west of Interstate 15 about 7:15 p.m.

The community jumped in to help, keeping the basket stable and helping the passengers exit safely, according to the San Diego Police Department.

Witnesses helped the pilot bring the basket down to the street where it could be picked up by the owner, police said. The owner's name was not released.

No one was injured.

The NTSB will investigate the cause of the unplanned landing.