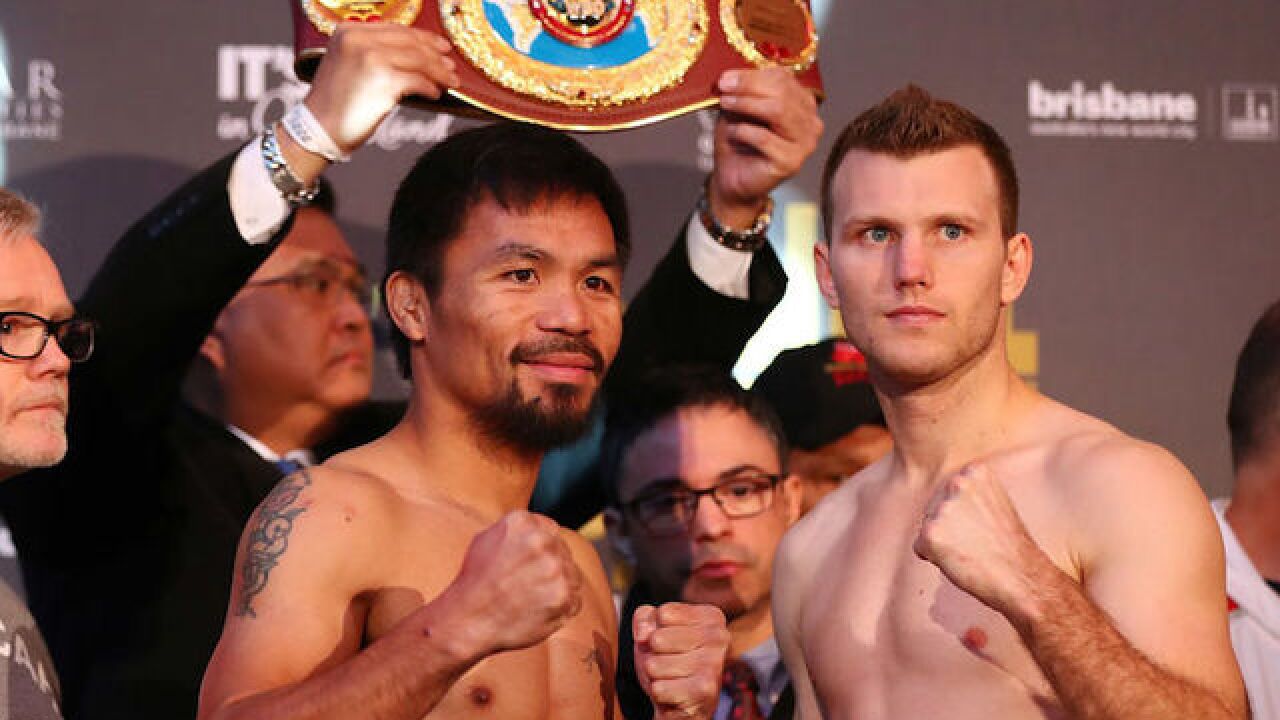 Manny Pacquiao has lost his WBO Welterweight title to a relative unknown in a shock defeat for the Philippines boxing hero.

Australian underdog Jeff Horn dispatched "Pac man" in an unanimous 12-round decision Sunday in a match dubbed the "Battle of Brisbane."

"The Hornet," a 29-year-old former schoolteacher, was considered an uneven match for veteran Pacquiao, who is considered one of the world's greatest boxers.

However, it wasn't long before social media shot back with allegations the judges got it wrong.

Three-time world heavyweight champion Lennox Lewis disputed the result on Twitter: "This is what's wrong with boxing. Horn was very game but I'm hard pressed to see how he could have won that fight by any stretch!"

Horn's supporters appeared to outnumber Pacquiao fans in the crowd, shouting "Hornet, Hornet, Hornet" as they willed their local hero to win.

A tally by Compubox put Pacquiao ahead with 182 landed punches over Horn's 92, though 73 of those were power punches, according to the stats.

Despite the outcry over the decision, Pacquiao was gracious in defeat.

"I didn't expect [him to be] that tough," he said after the fight. "It's OK. Part of the game. That's the decision of the judges. I respect that."

Both said they were open to a rematch.

Horn's boxing career started 10 years ago, according to his Facebook page, around the same time Pacquiao had chalked up about 45 professional wins and was defending titles in front of capacity crowds.

Horn had his first bout in 2008, and in his third fight clinched the Queensland state title. In 2012, he made the quarterfinals at the London Olympic Games, making him the most successful Australian Olympic boxer in the past 20 years.

His Facebook page describes him as a "very clean-cut, well brought up young man" who earned a Bachelor of Education degree to become a Physical Education teacher.

After the bout, Horn posted a message thanking his supporters.

"My team, one dream, we did it Brisbane! The new WBO Welterweight Champion of the world! Thank you for all the support."

Before the bout, few thought Horn could take down the 38-year-old Pacquiao, whose last fight and win was against American Jessie Vargas in November 2016.