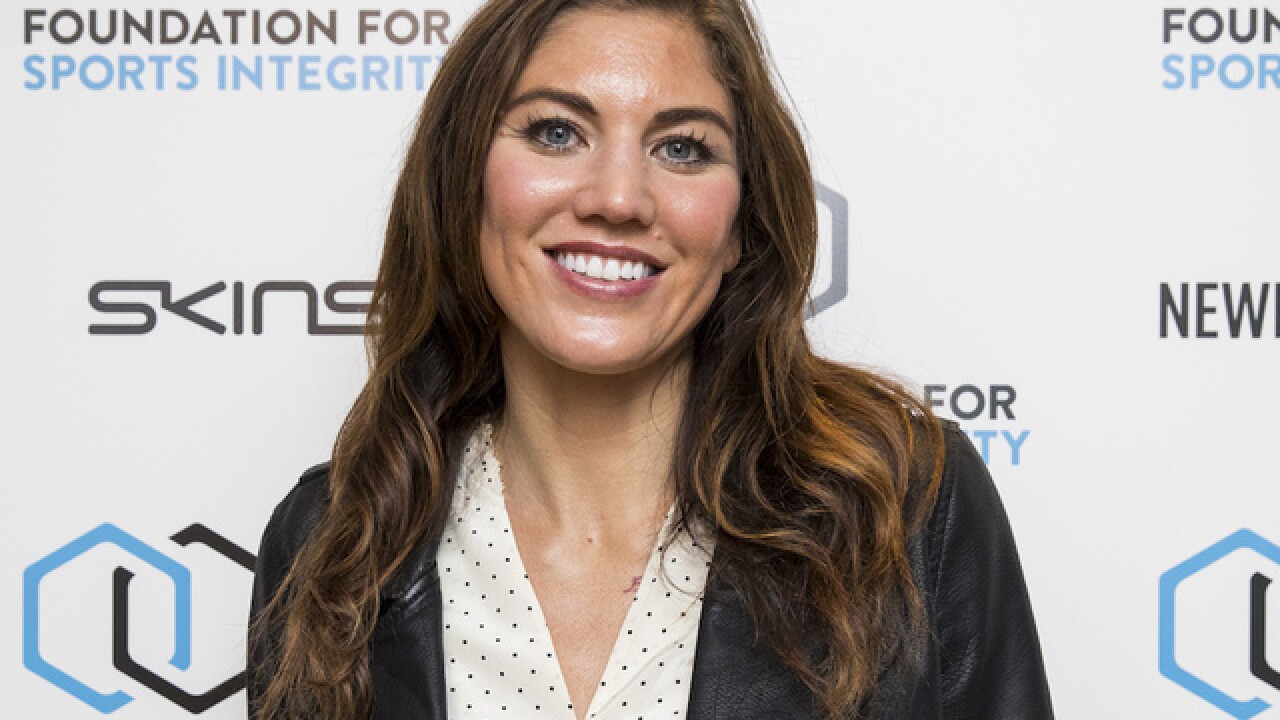 Hope Solo is one of America's most decorated soccer players, a record-breaking goalkeeper who has made over 200 appearances for her country.

But the 36-year-old -- whose contract was terminated by US Soccer in 2016 for "conduct that is counter to the organization's principles" -- has told CNN Sport she'd prefer the 2026 tournament to be awarded to a "more deserving country" than her homeland, which is jointly bidding with Mexico and Canada.

North America is up against Morocco to earn the right to host soccer's showpiece event in 2026, with a decision to be made on June 13 in Moscow -- the eve of the 2018 World Cup in Russia -- when up to 207 national associations at a FIFA congress will decide in a public vote who will host the tournament in eight years.

Under the North America proposal, 60 games in 2026 would be held in the US -- which last hosted a World Cup in 1994 -- including everything from the quarterfinals onwards, while Mexico and Canada would host 10 games each.

Admitting that her feelings on the matter were mixed, Solo told CNN Sport in an exclusive interview: "I think any time you host a World Cup you're going to have new generations of soccer fans and that's important. It's important especially in a younger country like America.

"It's important for so many different reasons, I want to go myself to the World Cup in America.

"But, at the same time, I think it should be awarded to a country which abides by federal law, who is transparent, who runs their non-profit organizations in the way it should be run, who aren't hiding millions of dollars, and a company who actually answers these questions that want to be answered. They just ignore everybody."

"They" are the US Soccer Federation (USSF), the body that runs football in the States and is one of the driving forces behind the North American bid.

"I do have a problem with an organization like that being awarded something so big and I would like to think there's another country out there who is more deserving than the United States," continued Solo, who was voted the outstanding goalkeeper of the past two women's World Cups and is only the third female goalkeeper in history to win both a World Cup and Olympic gold.

"But, right now, they've neglected so many people of the membership. If they get the bid, they make more money and they don't answer to anybody so it goes back to the power structure."

The sport of 'rich white kids'

The "hidden millions" Solo refers to is the $150 million surplus in US Soccer's coffers.

The goalkeeper has not played for the US since she was suspended for six months and had her contract terminated after calling Sweden's team a "bunch of cowards" following their defeat of the US at Rio 2016. She also ran, unsuccessfully, for the Presidency of US Soccer in February.

The Washington native thinks the sport's governing body in the States should spend the money helping young players from poorer backgrounds by ending "pay-to-play," for instance, a widespread practice of elite clubs charging parents to coach young players.

Solo, who spoke to CNN Sport in London at the Foundation for Sports Integrity's inaugural conference, describes the men's inability to qualify for this summer's World Cup in Russia as "unacceptable but not surprising" and argues that the federation's failure to nurture young talent from all backgrounds has made the sport in her country the reserve of "rich white kids."

US Soccer is a non-profit organization which is required by US law, it says, to use its money to help grassroots soccer.

Pointing out that US Soccer's financial statements were available online, the federation told CNN Sport that the "vast majority of revenue that US Soccer generates is invested back into player, coach and referee development."

The potential impact of Donald Trump administration's policies, including attempts to implement a travel ban on residents of six majority-Muslim countries, has caused problems for the North American bid, though the team has offered guarantees to FIFA that there will be no discrimination around entry for the tournament.

Morocco's bid, however, hasn't been without its problems either.

In an evaluation report, FIFA's inspectors awarded North America a significantly higher score than Morocco, with the North African bid deemed "high risk" in three areas because of a lack of infrastructure to host the 80-game tournament.

FIFA's evaluation of the Morocco bid also raised concerns about the potential treatment of the LGBT community. "There is a risk of discrimination based on sexual orientation as a consequence of the country's legislation on the matter," said the FIFA assessment.

Morocco has said it needs to spend almost $16 billion (£12 billion) on infrastructure while the North American bid's revenue forecast ($14.3bn) far outstrips what Morocco has to offer ($7.2bn).

Regarding sexual orientation, the North American bid pledged to use its leverage to reduce the risk of discrimination and harassment in Mexico and the US in particular.

US Soccer told CNN Sport that the North American bid, also known as United 2026, was a "low risk operational certainly that is only exceeded by its opportunity to grow, enhance, and propel global football forward for years to come."

In a statement, it added: "The United Bid can be counted on to deliver the experience, the infrastructure and the resources necessary to make this extraordinary event an unprecedented success for FIFA and for all the member associations in our global football family."