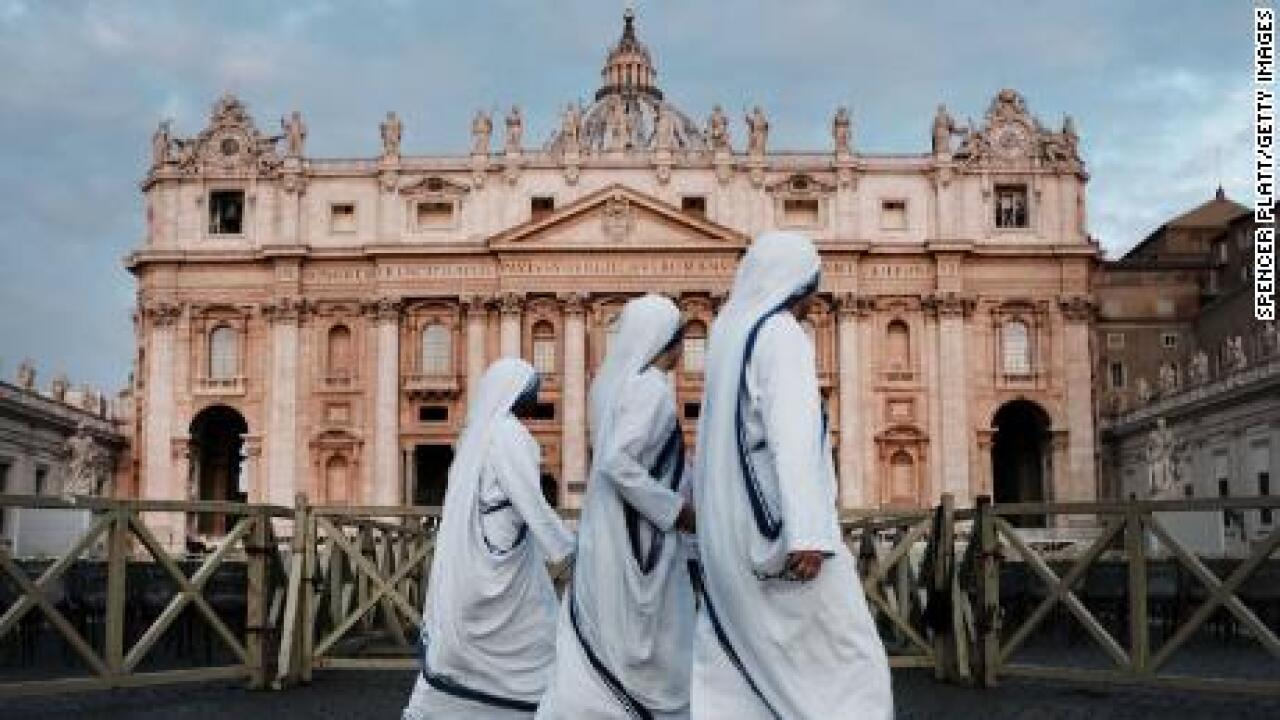 Pope Francis began an unprecedented summit in Rome to confront the Catholic Church's clergy abuse scandal by saying that Catholics are not looking for simple condemnation, but concrete actions.

"In the face of this scourge of sexual abuse perpetrated by men of the church to the detriment of minors, I thought I would summon you," the Pope told the nearly 200 Catholic leaders gathered in Vatican City, "so that all together we may lend an ear and listen to the Holy Spirit ... and to the cry of the small who are asking for justice."

"The holy people of God are looking at us and expect from us not simple condemnation," Francis continued, "but concrete and effective measure to put in place. We need to be concrete."

The Pope then said that he had made a list of guidelines from bishops' conferences around the world to hand out to the assembly for them to reflect upon.

For the first time in Catholic history, the almost 200 global church leaders are gathering at the Vatican to address the crisis. The four-day summit, convened by the Pope last September, will include two speeches by Francis, talks outlining best practices, small group discussions among bishops and a penitential ceremony involving abuse survivors.

"We must look this monster in the face without fear if we really want to conquer it," said Alessandro Gisotti, a Vatican spokesman.The summit comes as the Catholic Church is confronting scandals on several fronts, from the sexual abuse of nuns by clergy to a salacious new book to be published Thursday that calls the Vatican "one of the biggest gay communities in the world" in which clergy regularly break their vows of celibacy.

On Wednesday, summit organizers met with abuse survivors from around the world, saying afterward that the meeting will help them "better understand the gravity and urgency of the difficulties" church leaders will face during the four-day summit.

The meeting centers around themes: responsibility on Thursday, accountability on Friday and transparency on Saturday. On Sunday, more than 100 bishops from around the world, as well as other Catholic leaders, will gather for Mass in Sala Regia, an ornate hall in the Vatican's Apostolic Palace.

Pope Francis has sought to deflate expectations for the meeting, officially called, "Protection of Minors in the Church." The goal, he said, is to hear abuse survivors speak about their experiences, to teach bishops about the church's procedures to deal with abusive clergy and to seek forgiveness.

In his Angelus address on Sunday, Francis asked Catholics to pray for the meeting, an event that he said he wants "to be a powerful gesture of pastoral responsibility in the face of an urgent challenge of our time."

Other prominent Catholics also have described the summit in urgent terms, saying the church's credibility is on the line.

"My hope will be that people see this as a turning point," Cardinal Blase Cupich of Chicago, a member of the organizing committee, said Monday at a news conference. "This is not the endgame. No one can say there will be no more abuse in the church or the world, but people will be held accountable."

Following the Pope's address, three church officials will give speeches on the topic of responsibility.

Catholic leaders at this week's meeting come from almost every part of the globe, with 36 from Africa, 24 from North and South America, 18 from Asia, 32 from Europe and four from Oceania, organizers say.

In addition to Roman Catholic bishops, there will be 14 leaders of Oriental Catholic churches, 22 superiors general of religious orders and 14 members of the Vatican's own bureaucracy, including the heads of 10 departments.