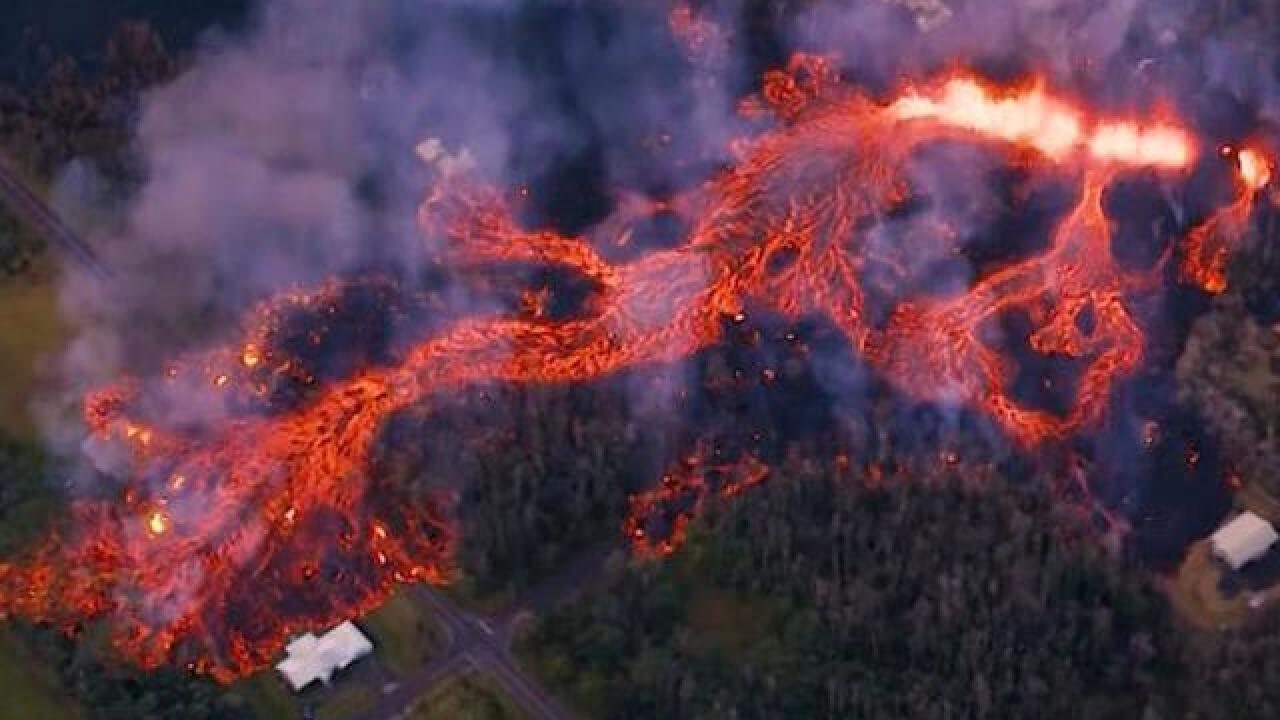 After earthquakes and molten lava tore open the earth in Hawaii, residents of the Big Island have new threats to worry about: acid rain and volcanic smog.

In addition to the lava and volcanic ash spewing out of the ground, officials have warned of dangerous levels of sulfur dioxide gas.

With high chances of rain in the Big island on Thursday and Friday, the dangerous gas could lead to another menace known as acid rain, CNN Metereorolgist Michael Guy said.

Sulfur dioxide gas and other air pollutants emitted from Kilauea volcano react with oxygen, atmospheric moisture and sunlight to produce volcanic smog and acid rain, according to the US Geological Survey.

Such droplets turn into sulfuric acid, and have the corrosive properties of diluted battery acid.

The amount of acid rain depends on the concentration of sulfur dioxide in the air, Guy said.

"However, there is great uncertainty at this point how ... big a risk acid rain is at this time," he said. "There will be greater certainty in the coming days"

But he emphasized that while the effects of the acid rain on the skin are unclear, it's been known to damage metal objects.

"When atmospheric moisture is abundant, these droplets combine with it and fall as acid rain, damaging plants and accelerating the rusting of metal objects such as cars, industrial and farm equipment, and building components," the USGS said.

"In 1988, the drinking water of nearly 40% of homes using such systems in the Kona Districts of the island was found to be contaminated with lead leached by acid rain," the USGS said. "Tests confirmed that the blood of some residents of these homes had elevated lead levels."

"Wherever you have a vog plume, you're going to have acid rain, if it's raining," University of Hawaii Meteorologist Steven Businger told CNN affiliate Hawaii News Now.

The elderly, infants and those who suffer from respiratory conditions and cardiovascular disease are especially vulnerable to serious health effects of vog.

At higher concentrations, vog can cause headaches and irritation to the lungs and eyes, the University of Hawaii at Hilo said.

"For people with asthma and other respiratory problems, the effects are much more serious, causing a tightening of the airways in the lungs and making it very difficult to breathe," the university said.

The US Geological Survey says vog can affect human health and agriculture while acid rain can contaminate household water supplies by leaching metals from building and plumbing materials. But much is still unknown about vog's composition and specifics on how it can affect health.

But Businger told the affiliate that acid rain is not an immediate health hazard, adding that it's "the least of their (residents) worries."

Dangers still persist, not only in the form of lava, but also earthquakes and newly formed cracks.

Two additional volcanic vents erupted Tuesday, leading to new evacuation orders on the island's southeastern corner, where all 1,700 residents have been asked to leave. At least 36 structures have been destroyed.