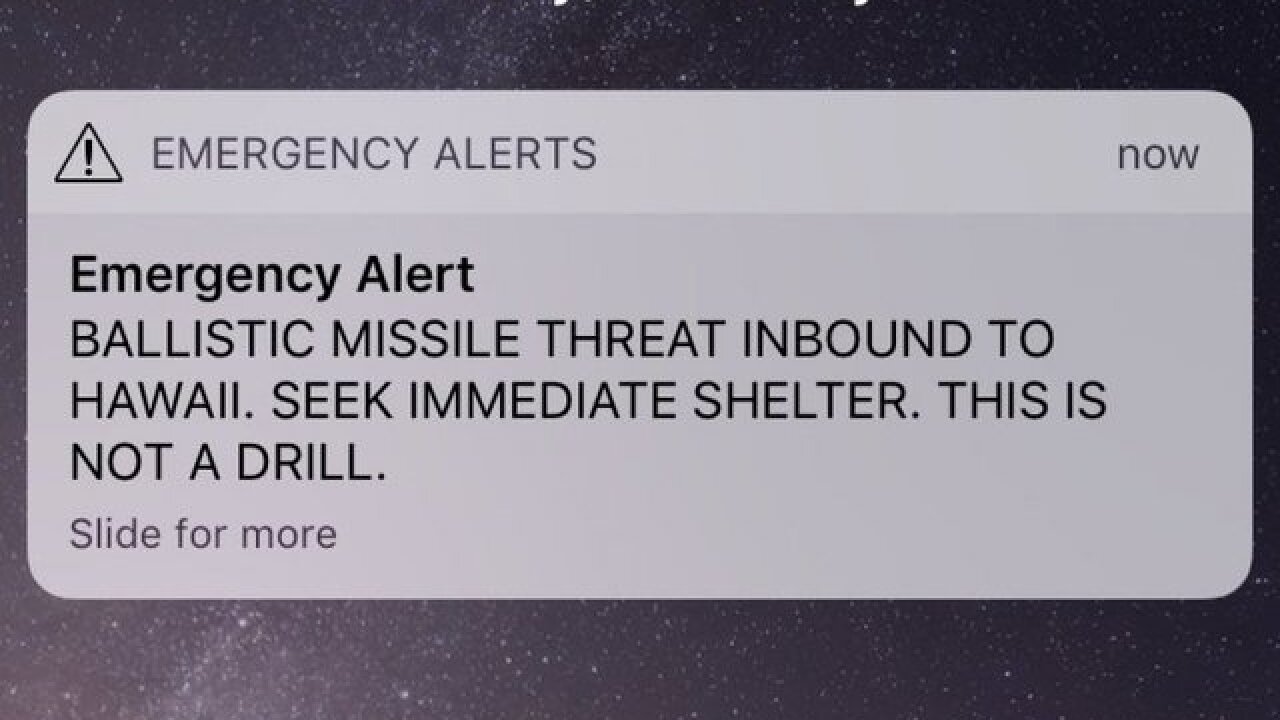 The man who says he sent out the false ballistic missile alert last month in Hawaii that caused more than a half hour of panic said Friday he thinks he is being treated unfairly, and he was positive at the time the drill was real.

The man, who said he doesn't want to be identified for security reasons, was fired by the Hawaii Emergency Management Agency (HI-EMA) earlier this week. He told CNN on Friday that he feels terrible about what happened, but he did what he was trained to do.

He hopes that by speaking out, he can help prevent a similar incident from happening in the 49 other states.

The drill began on the morning of January 13 as the man, who had been with the agency for 11 1/2 years, according to his lawyer, and his coworkers were just logging on to their computers at the beginning of their shifts, he said.

"I thought 100 percent it was real," said the former employee, who said he had been involved in about five prior missile drills.

The man said he heard the words "This is not a drill" in a voice he did not recognize and reacted as he was trained to do. He went on his computer and used a pull-down menu to send out the alert.

Bruce Oliveira, who conducted an HI-EMA investigation into the incident, said earlier this week that five other employees in the room heard the guidance that it was an exercise.

Oliveira, who retired from the Hawaii National Guard as brigadier general, also told reporters, "When it became apparent that the real-world alert was issued," the employee who sent it out "seemed confused, he froze and another employee had to take over his responsibilities."

The employee "had a history of confusing drill and real-world events," Oliveira said.

The man disagreed with the state's version of what happened and said there was no one in the room that said it was a drill.

The man blamed the incident on a variety of factors -- it was shift change, he and others lacked training, the drill was unannounced -- for the alert that wasn't corrected for 38 minutes.

He also said protocols for the drills he was involved in changed each time.

"The (state and the Federal Communications Commission) have false information in the reports," the man said.

Attorney Michael Green said his client was a scapegoat.

Green and his client pointed out there was no safeguard measures to withdraw the alert. Employees had to call in people from the IT department to get it canceled. The former employee said the whole thing was a failure in planning from top to bottom.

Miyagi accepted full responsibility for the incident and the actions of his employees, Logan said. Another employee was suspended without pay and a third employee resigned before any disciplinary action was taken, Logan said.

Oliveira made two dozen recommendations, including eliminating practice drills during a shift change, stronger confirmation prompts for those sending an alert, and improved training.

The former employee told CNN that the task he was assigned to do in sending the alert will now be a two-person job.

But he said that he thinks the military is better equipped for alerts. Before November, the Hawaii Emergency Management Agency's alerts were predominantly were about hurricanes, possible tsunamis and other Earth-driven events.

The FCC report said the emergency management worker thought the state was under attack and sent out the warning that sent residents into panic.

"Many things went wrong in Hawaii," FCC Chairman Ajit Pai said in a published statement. "I don't say this for the purpose of casting blame or disparaging Hawaiian officials. We simply need to identify the problems in order to fix them -- not just in Hawaii, but anywhere else where they may exist."

The worker would not speak to FCC officials in person and submitted the account of the incident in writing, the report noted. The man told CNN that it was three days before someone talked to him about the incident and that was when a supervisor asked him to write a statement.

He said he then missed more than a week of work due to stress-related illness after learning death threats had been made against him to agency officials. He said he saw a doctor for sleep issues. He also had his hearing tested (no issues there, he said).

Green said his client got stuck in the middle of an unprepared department and urged others to check with their state agencies to make sure they have a proper process in place.