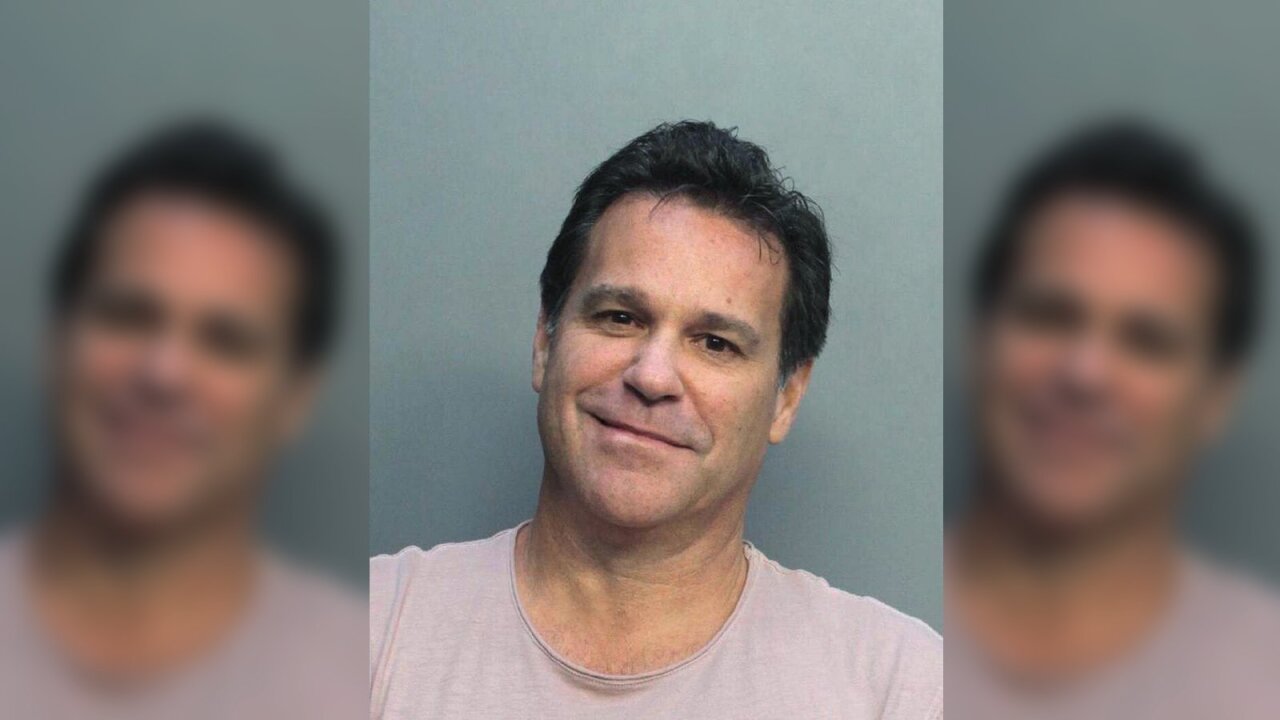 Prosecutors in Florida have filed hate crime charges against a white man who was captured on a cell phone video holding a handgun and yelling racial epithets at a group of African-American youths at an anti-violence protest on Martin Luther King Jr. Day.

"The witnesses and victims in this case were the ones who identified that he had actually pointed the gun at them, each one of them at different points," she said, referring to three victims.

Bartlett told police, "I did pull out my gun but I never pointed it at them," according to an arrest affidavit.

An enhancement provision in state law allows for stiffer penalties for convictions when offenses are motivated by prejudice.

Bartlett, 51, now faces three counts of aggravated assault with prejudice, a second-degree felony under the hate crimes provision, and one count of improper exhibition of a firearm, enhanced to a third-degree felony, according to Fernandez Rundle.

He was also charged with one count of carrying a concealed firearm, a third-degree felony, Fernandez Rundle said.

He is scheduled to be arraigned Wednesday. He was released on $5,000 bond related to the concealed firearm charge, according to court records and one of his attorneys, Jayne Weintraub.

The youths were participating in an annual anti-violence ride-out, called "Bikes Up, Guns Down," said civil rights attorney Lee Merritt, who represents six plaintiffs in a lawsuit against Bartlett and Dana Scalione. Scalione is Bartlett's girlfriend, said Weintraub, who is defending both against the civil complaint.

The youths were also demonstrating in support of affordable housing, according to the suit, filed nine days after the incident.

Several motorists called police on the King holiday, January 21, to report incidents at three locations in downtown Miami, Fernandez Rundle said. One caller also identified a man with a firearm and gave authorities a vehicle description, she said.

Three videos -- which show portions of the encounter and were posted on social media by a community advocacy group -- show a white woman engaging with a group of older youths, some carrying signs, on bicycles.

Some youths are blocking an intersection and disrupting traffic, and at least one of their bikes is on the ground, blocking traffic, the footage shows.

In the first video, the woman, identified by her lawyer as Scalione, says her vehicle is stuck in gridlock caused by the protest. She is seen pleading with the minors to move.

"OK, leave us alone, please," someone else is heard saying.

"This is not saving your cause," Scalione says. "Please move your bike. I have kids I need to pick up. Please, sir."

Several protesters, some who appear to be teens, can be seen surrounding her. One laughs and points his finger in her face.

A second video shows a man, whom police have identified as Bartlett, sitting in a vehicle. At least a half-dozen times, he yells a two-word phrase, combining the N-word with "suck."

In a third video, Scalione can be seen confronting the protesters, one of whom she appears to shove.

"You just ran over my foot with your tire," she says as she and a youth on a bicycle exchange words, their faces inches apart.

"You just touched me, you bunch of thugs," she says.

Then, Bartlett, approaches the youths, a handgun in his right hand, the footage shows. He calls the protesters "pieces of sh**" and "losers" and three times uses the N-word before walking back toward a row of vehicles, the video shows.

Neither Scalione nor any protesters has been charged with a crime.

The videos, which run 78, 60 and 60 seconds, respectively, were posted at the Twitter account of Dream Defenders Action Fund , a nonprofit community organizing and civil rights advocacy group.

After Bartlett headed back toward his vehicle, "the juveniles began to flee with the driver in pursuit," a witness told police, according to an affidavit that covers Bartlett's January 21 arrest.

When officers pulled him over, Bartlett acknowledged he had a firearm but no concealed carry permit, the document states.

While in custody, the affidavit notes, Bartlett "spontaneously stated, Why am I being arrested, when those kids are free to ride around. I did pull out my gun but I never pointed it at them."

"Mark went to protect Dana and extract her from the mob surrounding and taunting her. It would not have mattered if these people were red, white or blue," Weintraub and Jonathan Etra said in a statement.

"Clearly, these delinquents, who were commandeering traffic and taunting passengers, wearing masks and gloves, were not peacefully protesting- they weren't peacefully doing anything!" the statement reads.

The lawyers call the civil lawsuit "completely frivolous and nothing more than a publicity stunt further invoking and exploiting the name of MLK."

"The teens were the first to hurl racial slurs and curse words on video toward Mark's girlfriend!" their statement reads.

"Scalione engaged in an onslaught of physical and verbal assaults ... including insults and racial slurs," it claims, while stating that Bartlett "angrily approached the teenagers while wielding a firearm."

The teenagers "had a well-founded fear that violence was imminent judging by Bartlett's erratic behavior and outwardly display of a firearm."

"For them, to become victims to not only racism but gun violence, it merits the kind of response that we're seeing from the state attorney's office," Merritt told CNN.