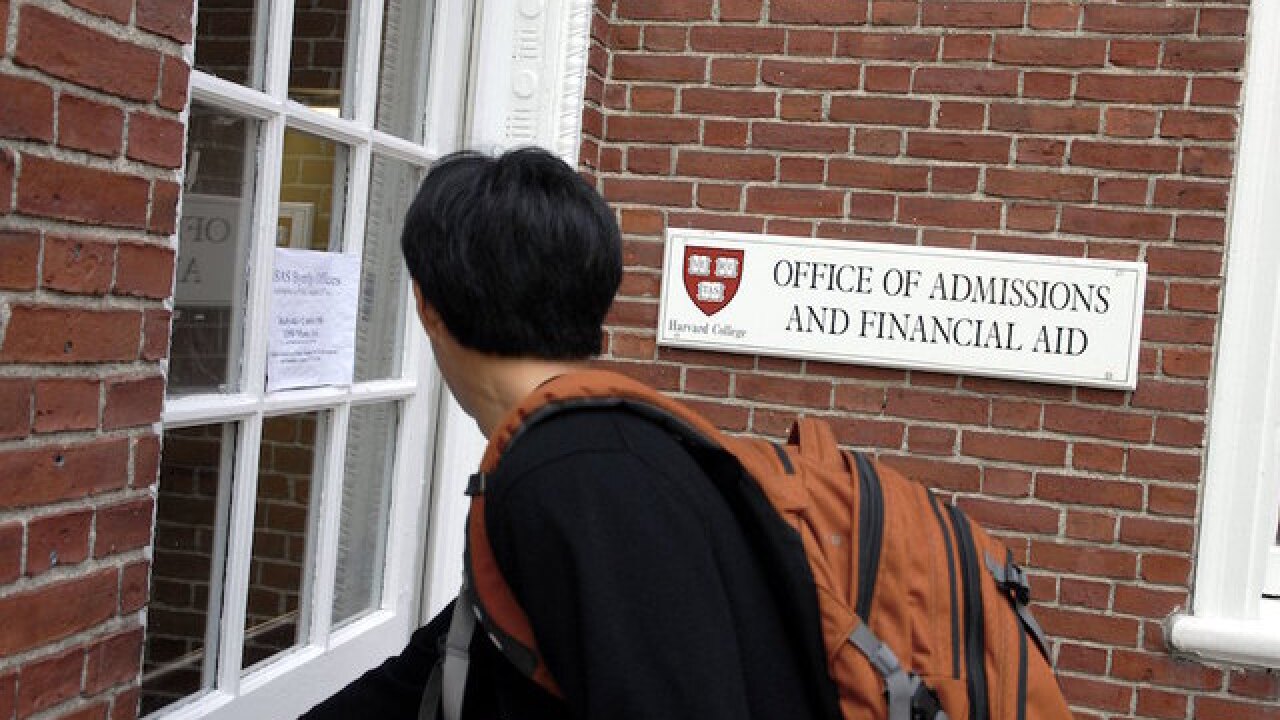 BOSTON (AP) — Harvard University suspended its men's soccer team for the remainder of the season because of sexual comments made about members of the women's soccer team.

University President Drew Faust said in a statement Thursday night that an investigation into the 2012 team found that their "appalling" actions were not isolated to one year or the actions of a few, but appeared to be more widespread across the team and continued through the current season.

"The decision to cancel a season is serious and consequential, and reflects Harvard's view that both the team's behavior and the failure to be forthcoming when initially questioned are completely unacceptable, have no place at Harvard, and run counter to the mutual respect that is a core value of our community," Faust said.

A 2012 document uncovered last month by The Harvard Crimson student newspaper rated the attractiveness of recruits on the women's team and included lewd comments about them. Members of the men's team called it their "scouting report" and circulated it online.

"I was saddened and disappointed to learn that the extremely offensive 'scouting report' produced by the 2012 men's soccer team continued through the current season," Dean Rakesh Khurana said in a statement. "As I have stated, such behavior is antithetical to Harvard's fundamental values."

Athletics Director Robert Scalise sent an email to student athletes Thursday announcing that the university was canceling the remainder of the team's season, including postseason play. The men's soccer team is currently in first place in the Ivy League. Scalise said the team would forfeit its remaining games and decline any opportunity to achieve an Ivy League championship or participate in the NCAA tournament this year.

"As we move forward, Harvard Athletics will partner with the Office of Sexual Assault Prevention and Response and other Harvard College resources to take additional steps to further educate the members of our men's soccer team, and all of our student-athletes, about the seriousness of these behaviors and the general standard of respect and conduct that is expected," Scalise said in the email.