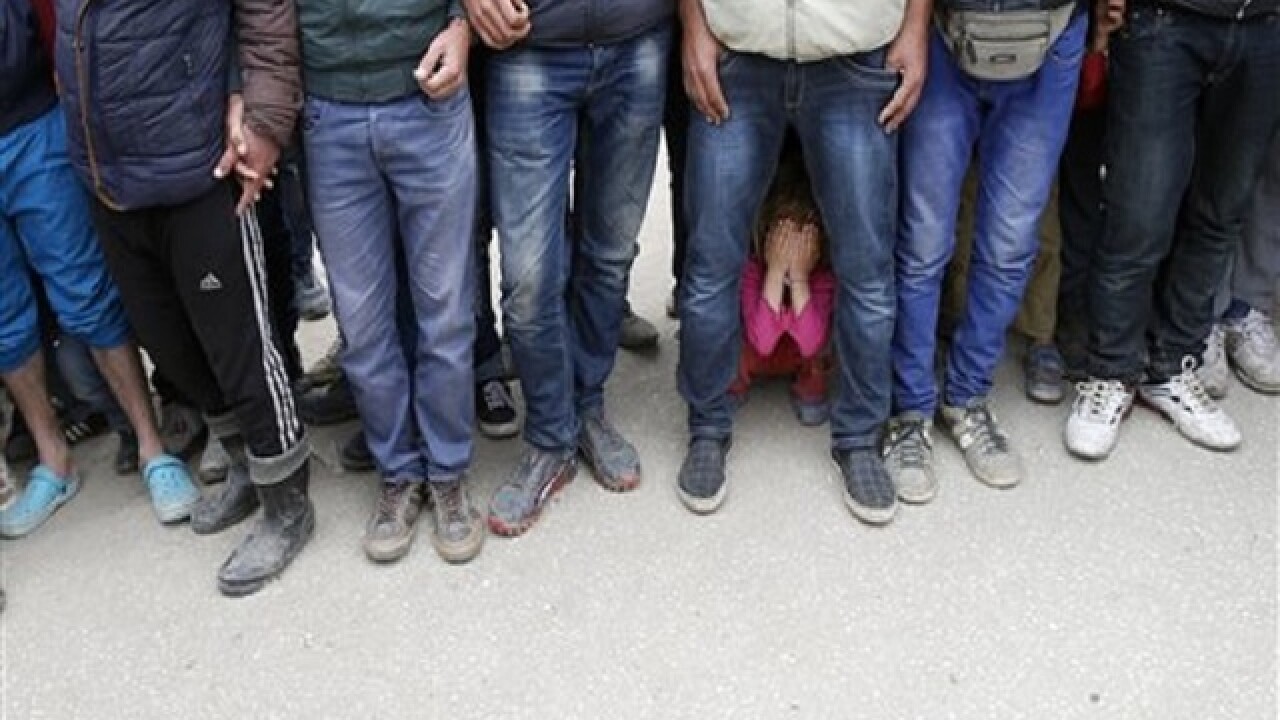 ATHENS, Greece (AP) — Under heavy security, authorities on the Greek islands of Lesbos and Chios deported 202 migrants and refugees on boats bound for Turkey — the first to be sent back as part of a controversial European Union plan to limit the amount of migration to Europe.
The operation that started at dawn, as migrants were escorted onto small ferries by officers from the EU border protection agency, Frontex, to nearby ports on the Turkish coast, under the program which has been strongly criticized by human rights groups.
"All of the migrants returned are from Pakistan except for two migrants from Syria who returned voluntarily," Giorgos Kyritsis, a spokesman for a government refugee crisis committee, told state TV.
"There is no timetable for returns. Examining (asylum) applications will take some time."
About 4,000 migrants and refugees are being detained on Greek islands since the agreement came into effect March 20.
Kyritsis said 136 migrants were deported from Lesbos and 66 from the nearby island of Chios, where riot police clashed with local residents hours earlier during a protest against expulsions.
"This is the first day of a very difficult time for refugee rights. Despite the serious legal gaps and lack of adequate protection in Turkey, the EU is forging ahead with a dangerous deal," Giorgos Kosmopoulos, head of Amnesty International in Greece, told the Associated Press from Lesbos.
"Turkey is not a safe third country for refugees. The EU and Greek authorities know this and have no excuse."
The operation was supervised by a lieutenant general of the Greek police and occurred peacefully, as ships departed from Lesbos to the Turkish port of Dikili.
The deportations started with migrants who did not apply for asylum or had their applications declared inadmissible.
"Even if this first group is not refugees, what we are seeing here is symbolic kick off of what might be a very dangerous practice of returns to Turkey," Kosmopoulos said.
The EU and Turkey reached the deal last month, after European countries struggled to avoid a repeat of a surge in migration in 2015, which saw more than a million people reach the continent, many fleeing civil war in Syria.
In return for re-admitting migrants, Ankara was promised more financial aid an visa-free travel in the EU for its citizens.
A total of 50,000 migrants and refugees are stranded in Greece following EU and Balkan border closures, but only those who arrived after March 20 will be detained for deportation.
Associated Press 2016