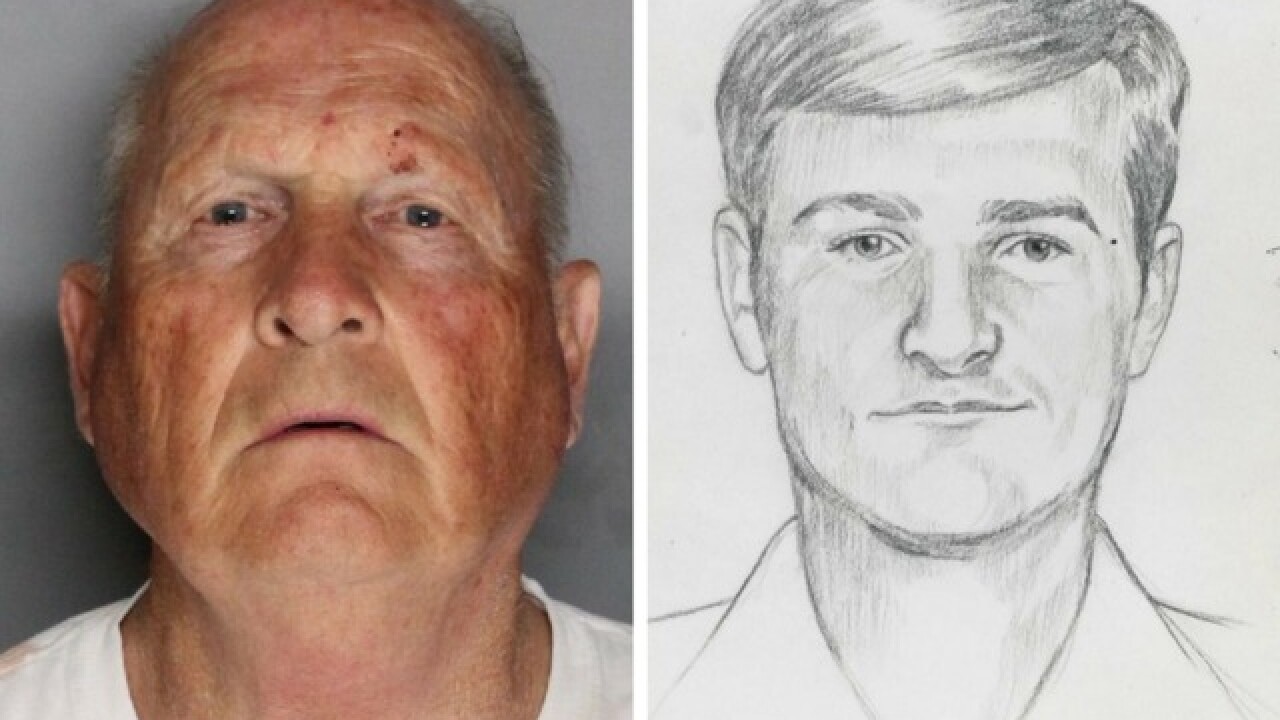 Joseph James DeAngelo, who police believe is the Golden State Killer, appeared in a California court Friday, but did not enter a plea to the murder charges he faces in the 1978 deaths of Katie and Brian Maggiore.

The 72-year-old defendant was brought into the Sacramento County courtroom in a wheelchair and represented by a public defender.

DeAngelo is "depressed and right now, fragile," attorney Diane Howard told CNN. DeAngelo spoke only a few words at the hearing, telling the judge very slowly in a feeble voice that he would accept a court-appointed attorney.

Howard told reporters that she feels her client has received "unfair press."

"I feel like he's been tried here in the press already," she said.

On Thursday, FBI agents and police searched DeAngelo's home in Citrus Heights, a town about 16 miles northeast of the California capital.

Three days after DeAngelo's arrest, more details are emerging about what led authorities to believe he was behind the 12 murders and more than 50 rapes in the 1970s and 1980s.

Authorities tracked down a suspect by comparing genetic profiles from genealogy websites to crime scene DNA, according to the Sacramento District Attorney's Office.

Police matched DNA from a crime scene to genetic material from a relative who was registered on genealogy sites, Chief Deputy District Attorney Steve Grippi said.

Grippi told the Sacramento Bee, which first reported the news, that investigators spent a long time exploring online family trees before focusing the investigation on a suspect.

Suspect was a reclusive neighbor

DeAngelo is a former police officer, a Vietnam veteran and a mechanic.

He served aboard the USS Canberra, a guided missile cruiser, during the Vietnam War, according to Navy Public Affairs.

"Very possibly he was committing these crimes during the time he was employed as a peace officer, and obviously we'll be looking into whether it was actually on the job," Sacramento County Sheriff Scott Jones said.

DeAngelo was fired from his law enforcement job in 1979 for shoplifting a can of dog repellent and a hammer from a drugstore.

He went on to live what appears to be a quiet life. He worked as a mechanic at the distribution center of a Modesto-based supermarket chain for 27 years until he retired last year, a spokeswoman for the company said.

DeAngelo had at least three daughters, according Kevin Tapia, who has lived near the suspect for 20 years.

Neighbors have said DeAngelo mostly kept to himself and sometimes yelled at people who got too close to his fence, but they said he had become a recluse in recent years.

DNA's role in the investigation

Bruce Harrington constantly pushed California officials to use DNA testing, hoping it would help catch the man who killed his brother and sister-in-law nearly 40 years ago.

Many state elected officials and rights groups fiercely opposed any attempts by Harrington and the state to expand California's criminal offender DNA database.

Critics cited the privacy rights of people in police custody and questioned the constitutionality of allowing the state to gather DNA samples without evidence of guilt.

The proposition gave the state broader powers to collect DNA. Now, it could get samples from anyone not just convicted of a felony, but even arrested for one.

In some cases, authorities could also collect DNA from misdemeanor arrests.

The use of DNA technology in DeAngelo's arrest highlights the progress that law enforcement agencies in California have made in their use of forensic science.

"I began my quest in the mid-'90s. It was 15 years until we heard that there was a DNA sample taken from our scene," Harrington said.