Golden-doodle found after fleeing from fatal car crash in Colorado

Bentley the golden-doodle was found 19 days after a fatal crash. He had been thrown from the car.

CHAFFEE COUNTY, Colo. — Almost three weeks after a fatal crash that sent a golden-doodle running near Pueblo, Colo., a family has him back in their arms.

The family, who was visiting from Wichita, Kansas, had been driving along the edge of a mountain west of Pueblo on Aug. 7, when their vehicle slid off the edge and tumbled 600 feet down an incline, according to the Associated Press. The crash killed Jennifer Orr and seriously injured her 21-year-old daughter, Samantha. The 1-year-old family golden-doodle, Bentley, was thrown from the vehicle and ran away from the crash. 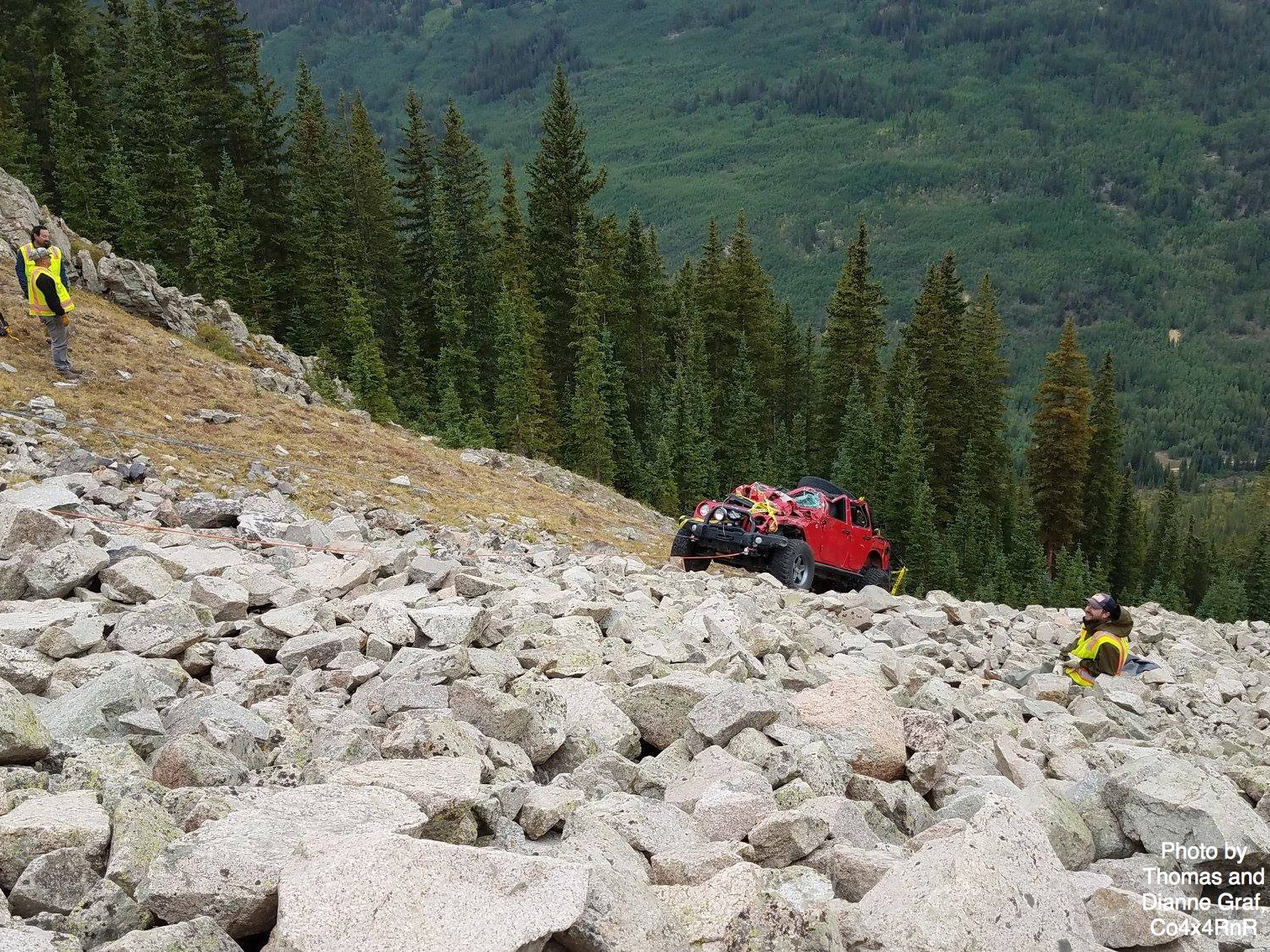 In the days after the crash, the family created and actively posted on a Facebook page Bring Bentley Home to try to find the dog. When Samantha Orr was released from the hospital, she returned to the crash site to search for Bentley. Her family posted their thanks and pleas for help every few days on the Facebook page.

On Saturday evening, Samantha Orr posted an update she had been waiting for for 19 days.

In the video, she’s tear-eyed and hugging Bentley.

“My heart is BURSTING,” she wrote on Facebook. “Thank you from the bottom of my heart to everyone who shared, liked, handed out flyers, spread the word, or sent kind words, or any of the millions of ways people have shown their kindness since the accident. The world has so many amazing people in it, I am SO unbelievably grateful.”

Bentley was found early Saturday after Orr and others returned to the site.

They spotted him and encouraged him to walk over with food and a toy, according to the AP. He was reluctant at first, but Orr said they slowly moved toward each other. A video captures the reunion.

After some encouragement, the dog walked over a patch of rocks to Orr.

“And from then it was nothing but tears and celebration!” the post reads. “Bentley is okay, he’s a little malnourished and dehydrated. But otherwise no noticeable injuries. Thank you to everyone who played a role in bringing this sweet boy home. I know the past 19 days, God and my beautiful momma have been keeping an eye on him.”