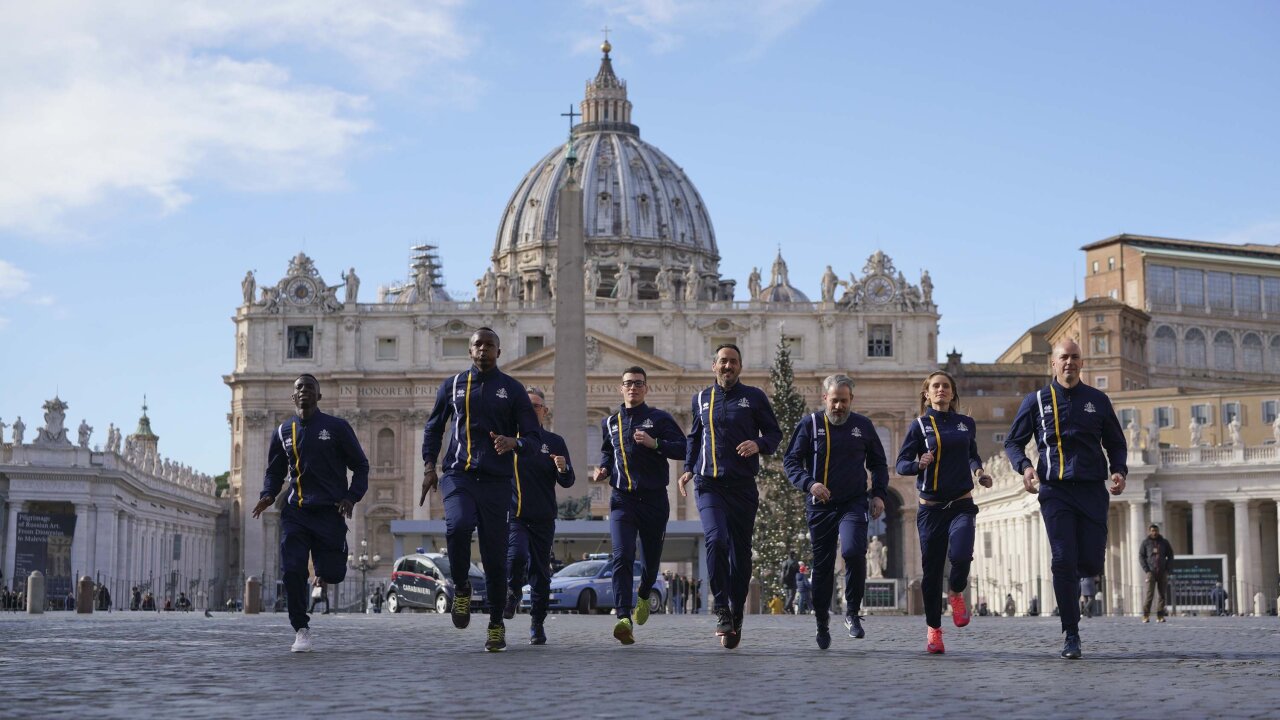 (CNN) -- The Vatican has set its sights on qualifying for the Olympics, with a track team of up of 60 athletes, including nuns, priests, Swiss Guards, museum workers, carpenters and maintenance workers.

The Holy See launched its official athletics team Thursday, after receiving the blessing of the Italian Olympic Committee (CONI).

Its first race takes place in nine days, and the team's backing from CONI -- hailed as a "historic moment" by Vatican press office director Alessandro Gisotti -- allows it to become a member of international sports federations.

"The dream that we have often had is to see the Holy See flag among the delegations at the opening of the Olympic Games," said the team's president, Monsignor Melchor Jose Sanchez de Toca y Alameda.

But swapping the altar for the podium is a challenge of biblical proportions, Sanchez admitted at the team's introductory press conference.

"It's a long shot," he said, adding that the team's journey "all started from a group of us that used to run together along the Tiber river or at the sports facilities center near the Baths of Caracalla."

But he was wary of the prospect of the Vatican denying Italian athletes medals, joking: "The more committees there are, the more medals get scattered around. So, don't get too big."

The Vatican already fields an unofficial soccer team, while its cricket team has toured the UK on several occasions.

Recent popes have also embraced the world of sport -- Pope John Paul II was an avid skier, while the current pontiff, Francis, is understood to be a fan of Argentinian soccer club San Lorenzo .

"Sport cancels the differences," said Michela Ciprietti, an employee of the Vatican pharmacy who also runs for the team.

"During the races we challenge each other, at the end we hug each other, no matter what your religion or country of provenance," she added at the press conference.

Ciprietti said the team will take part in "non-competitive" events in the short term, beginning with "La Corsa di Miguel" (Miguel's Race) -- a marathon in Rome on January 20, in memory of Miguel Benancio Sánchez, a poet and marathon runner killed in Argentina in 1978.

The group also counts two Muslim migrants -- Jallow Buba, a 20-year-old from Gambia, and Anszou Cisse, a 19-year-old from Senegal -- as honorary members.

"They are migrants whose feet have walked through so many difficult paths that it's wonderful to see them run for the first time on an athletic track," Ciprietti said.

She added that the team's main goal "is to promote through sport messages of solidarity, (and to) fight against racism and all kinds of violence."

But asked whether the team could compete on the world stage at an Olympic Games, she said: "We work hard ... who knows where we can get?"