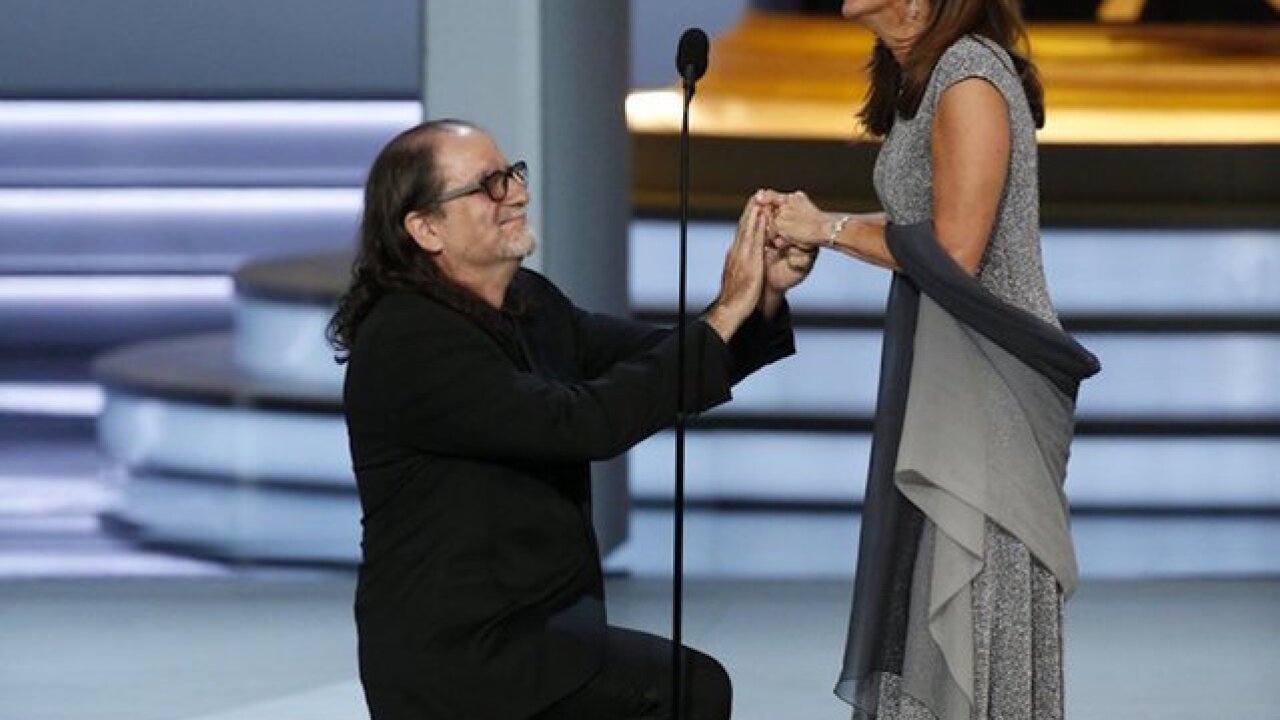 We did not see it coming and it was beautiful.

Director Glenn Weiss took the stage to accept the Emmy Award for his work calling the shots at The Academy Awards and used the moment to propose to his girlfriend, Jan Svendsen.

"Jan, you are the sunshine in my life," he said. "And mom was right, don't ever let go of your sunshine. You wonder why I don't like to call you my girlfriend? Because I want to call you my wife."

The crowd erupted into cheers and Svendsen looked stunned. She made her way on to the stage, where Weiss got on one knee and gave her his mother's ring.

"I want to put this ring that my mom wore on your finger in front of all these people and in front of my mom and your parents watching from above," he said. "Will you marry me?"

In case you were wondering, she said yes.

Leslie Jones' caught-on-camera reaction pretty much summed up how everyone in the audience -- many seen wiping away tears -- seemed to feel about the moment.

Jones even took to Twitter after to say, "The man that's going to be with me is going to propose to me on the Emmys."

If there was an Emmy for best show moment, Weiss would win that too.