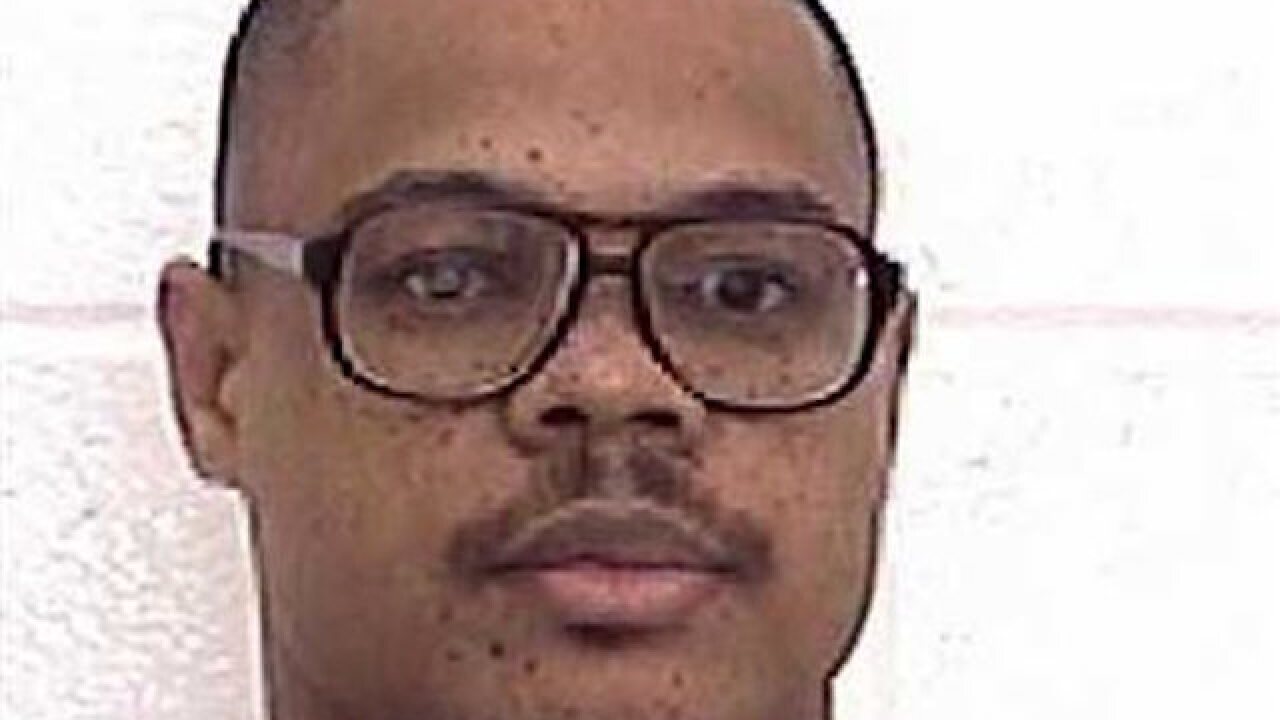 Copyright 2018 Scripps Media, Inc. All rights reserved. This material may not be published, broadcast, rewritten, or redistributed.
Uncredited
This undated photo released by the Georgia Department of Corrections, shows death row inmate Kenneth Fults. Georgia is preparing to execute Fults who shot a woman to death during a burglary in 1996 as his lawyers ask the U.S. Supreme Court to consider arguments that a juror who imposed the sentence was motivated by racial bias. Kenneth Fults was scheduled to die by injection of the barbiturate pentobarbital at 7 p.m. Tuesday at the state prison in Jackson. (Georgia Department of Corrections via AP)

JACKSON, Ga. (AP) — A man convicted of the 1996 killing of a woman during a weeklong crime spree on Tuesday become the fourth person put to death in Georgia this year.

Kenneth Fults received an injection of the barbiturate pentobarbital at the state prison in Jackson and was pronounced dead at 7:37 p.m., Warden Bruce Chatman announced.

The 47-year-old inmate had pleaded guilty to killing a neighbor, 19-year-old Cathy Bounds, during a burglary in January 1996, and a jury sentenced him to death.

Fults' attorneys had asked the U.S. Supreme Court to consider arguments that a juror who imposed the sentence was motivated by racial bias. The request presented to Justice Clarence Thomas on behalf of the court was denied, the court said in a statement earlier Tuesday without explaining the decision.

On Monday, the State Board of Pardons and Paroles declined to grant clemency for Fults.

Prosecutors have said Fults killed Bounds during a weeklong crime spree that began when he stole two guns during burglaries. After trying unsuccessfully to kill his former girlfriend's new boyfriend with one of the stolen guns, Fults broke into the trailer next to his, where Bounds lived with her boyfriend.

Bounds, who was home alone, pleaded for her life and offered him the rings on her fingers, but Fults forced her into the bedroom, wrapped electrical tape around her head, put her face-down on the bed, put a pillow over her head and shot her five times in the back of the head, prosecutors had said.

Fults' lawyers said in a clemency petition that their client had an extremely tough childhood characterized by abuse and neglect and an intellectual disability that keeps him from behaving appropriately.

"Mr. Fults, the man, committed a terrible, tragic act when he killed Cathy Bounds," they wrote. "But before the man existed, there was an innocent, vulnerable child in his place. And that child, Kenny, fell through the cracks."

They also pointed out what they said were flaws in his sentencing trial, including a juror they said was motivated by racial bias and a defense attorney who fell asleep and failed to provide jurors with adequate information.

In their filing with the Supreme Court, Fults' lawyers argued his death sentence was unconstitutional because one of the jurors who imposed it was motivated by racial prejudice.

During jury selection for Fults' trial in 1997, juror Thomas Buffington, who was white, told the judge and lawyers on both sides that he felt no racial prejudice.

An investigator working with Fults' lawyers eight years later spoke to Buffington about his jury service. Buffington, who was 79 at the time of the interview and has since died, twice used a racial slur when talking about Fults, who is black.

"Once he pled guilty, I knew I would vote for the death penalty because that's what that (N-word) deserved," Buffington said, according to the signed, April 12, 2005, affidavit in the court record.

State and federal courts have consistently declined to consider Fults' argument that his sentence was unfairly imposed because of racial bias, mostly for procedural reasons that have to do with when the argument was first raised. The U.S. Supreme court in October declined to take up the issue on appeal.

Fults' lawyers asked the high court to take the case directly, not as an appeal. They argued it was very similar to another case the court agreed last week to hear.

The state argued in a court filing Monday that this case did not demonstrate the "exceptional circumstances" necessary for the Supreme Court to take it on directly.

On Tuesday, Fults had visits with 17 relatives, a friend and an attorney and two paralegals, officials said.