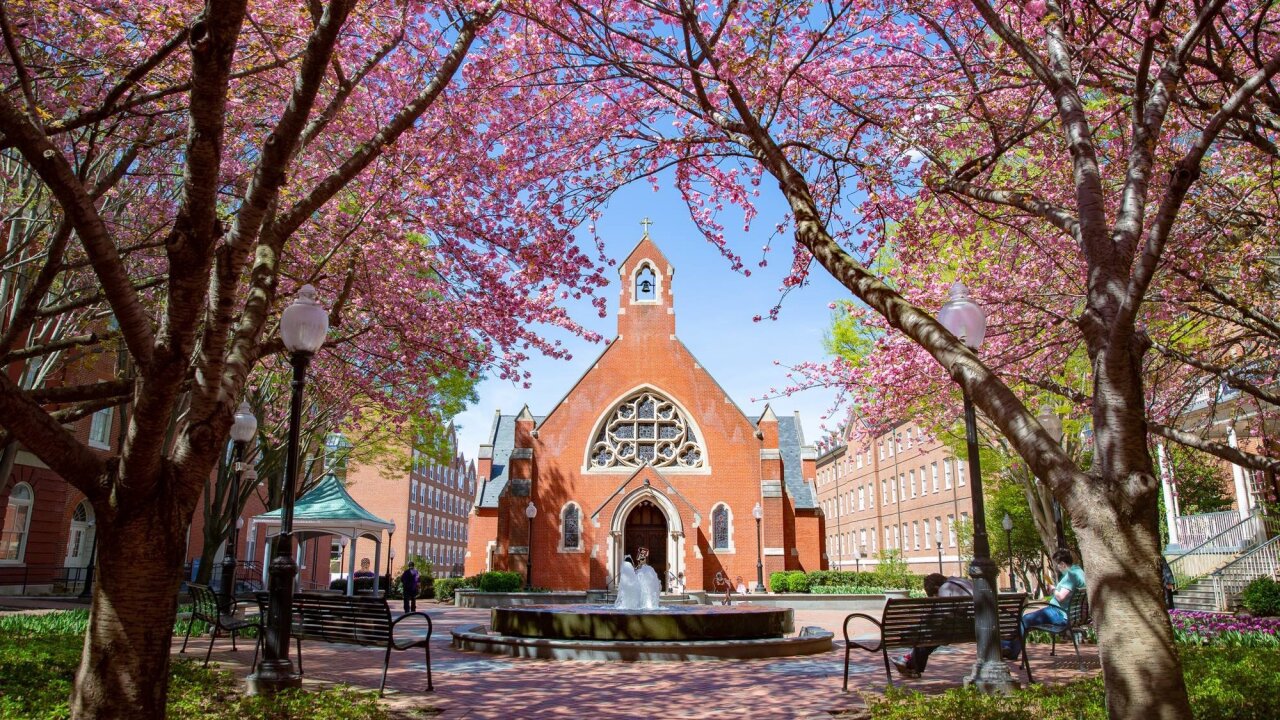 (CNN) -- Georgetown University might not be here today if the Maryland Society of Jesuits who oversaw the school hadn't sold 272 slaves.

The university was one of the Jesuits' most ambitious projects. The revenue from the 1838 sale, which amounts to about $500,000 today, was used to sustain the school financially and pay off its debt.

Now, some Georgetown students are trying to institute a reparations fund for the descendants of the slaves who were sold.

A group known as the GU272 Advocacy Team has pushed through student government a bill that would create a new $27.20 fee every semester for all Georgetown undergraduates. The fee would go toward a reconciliation fund, which would be overseen by a board of students and descendants of the 272 slaves sold in 1838.

They estimate the fund would generate more than $400,000 a year and would "be allocated for charitable purposes directly benefiting the descendants of the GU272 and other persons once enslaved by the Maryland Jesuits," according to the bill.

Students voted on the bill in a referendum Thursday night. In a nearly 2-to-1 margin, students approved the measure. But it still needs to go before the board of trustees because it involves proposed changes to tuition.

Nile Blass is a Georgetown freshman who is part of the GU272 Advocacy Team behind the bill.

"We believe that financial restitution funded toward conscious, descendant advocacy-based policy is the best way that we as an institution can support these individuals," Blass told CNN.

Sophomore Eliza Dunni Phillips is also on the advocacy team. Last summer, she went on an investigative journalism trip for the student paper to Maringouin, Louisiana, and interviewed several descendents of the sold slaves.

"The vestiges of slavery are still so evident, and so many of the African Americans whose ancestors were enslaved are still so disenfranchised," Phillips said. "It's not enough to say sorry. Georgetown has to put their money where their mouth is and invest into the descendant community."

Administrator says the referendum vote is not binding on the university

Todd Olson, vice president for student affairs at Georgetown, said in a statement that the school has been working to address its historical relationship to slavery since 2015.

Georgetown University President John J. DeGioia convened a Working Group on Slavery, Memory and Reconciliation to issue recommendations to the school in 2015. The working group submitted a report to the president in 2016.

The school has acknowledged that profits from Maryland Jesuits' slave-owning plantations were a significant source of funding. In addition, Georgetown has offered a formal apology to descendants and renamed two buildings in honor of descendants, Olson said.

"We value the engagement of our students and appreciate that they are making their voices heard and contributing to an important national conversation," Olson said.

However, he noted that while student referendums help express student perspectives, they "do not create university policy and are not binding on the university."

So how will the school identify the descendants?

The GU272 Advocacy Team says the board of students and descendants would make this determination in the same way that the Georgetown University Admissions Office does, or the various descendant associations do. In addition, the Georgetown Memory Project, which has done extensive genealogy research, would assist any applicant wishing to prove descendant status.

Students are getting heated up about the issue

Freshman Robert Nishimwe has been campaigning for proposal the last few days.

Nishimwe said the university administration's actions have not been enough, and this measure would signal that they need to do more.

"We cannot just stand by," Nishimwe said. "It's us trying to move the goal post of where the administration is and the actions they have taken or the lack of action."

However, Hunter Estes, a senior at Georgetown, said he plans to vote no in the referendum.

"Morally, I'm opposed to mandating an entire student population to pay a compulsory fee," Estes said. "You can't attach a financial number for the problem of slavery. You can't say that this will account for it."

He also added that the bill lacks measures for accountability and transparency.

"There's little description as to how the money would be allocated," Estes said.

Regardless of whether the bill passes, Blass said this issue has caused a lot of people on campus and beyond to reflect on enslavement and race relations.