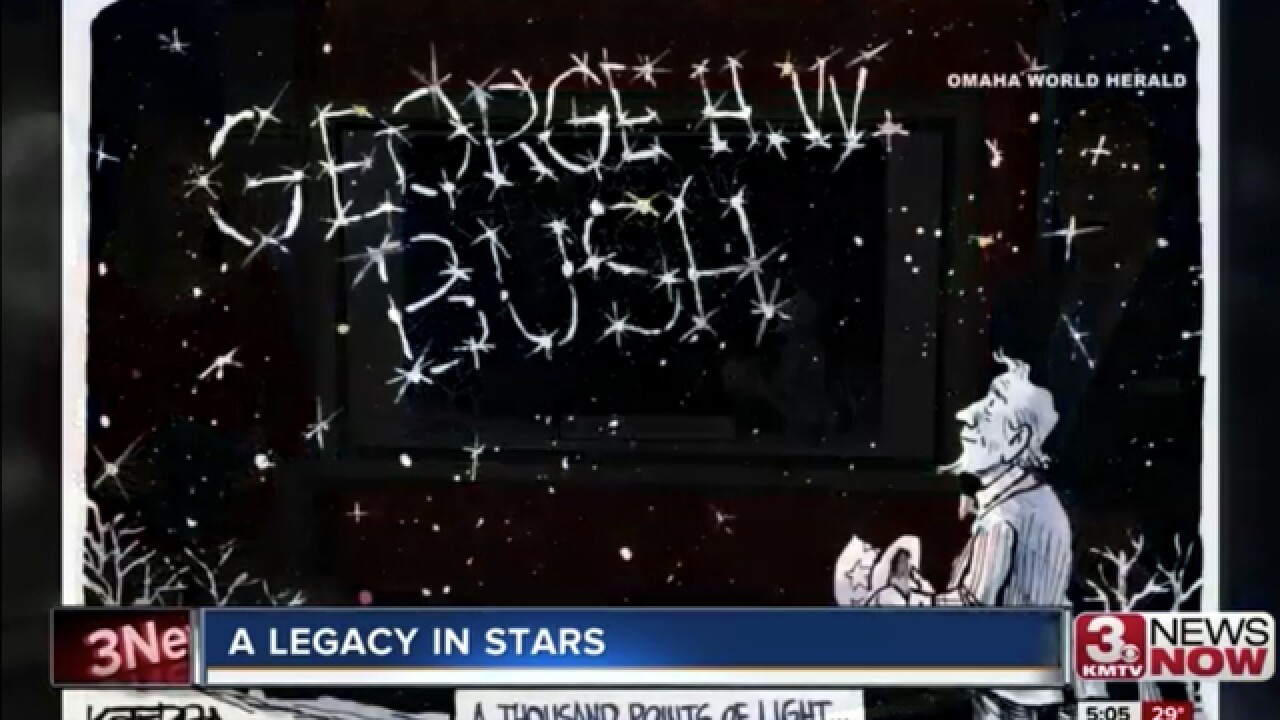 It's a picture of Uncle Sam looking up at the stars in the sky that spell out "George H.W. Bush."

Koterba said he was with a friend when the news of Bush’s death broke.

Whenever he memorializes someone in a cartoon, he tries to avoid the typical "pearly gates."

His friend mentioned "a thousand points of light," which got him thinking of a way to illustrate that. Bush popularized the phrase and it was later used as the name for a nonprofit he formed to support volunteerism.

"I could have drawn a thousand candles or depicted the idea in a different way but to me the stars seemed more permanent,” Koterba said.

He said he wanted his cartoon to be a light in our current politically divided times.

"Whenever I can find something positive to draw about I will do that,” Koterba said. “To be able to show Uncle Sam gazing upwards seemed like a really positive thing to me that I could draw."

Koterba’s cartoon has been published in The Washington Post and USA Today. He said he is thrilled to know folks attending Bush’s memorial service may have seen it.