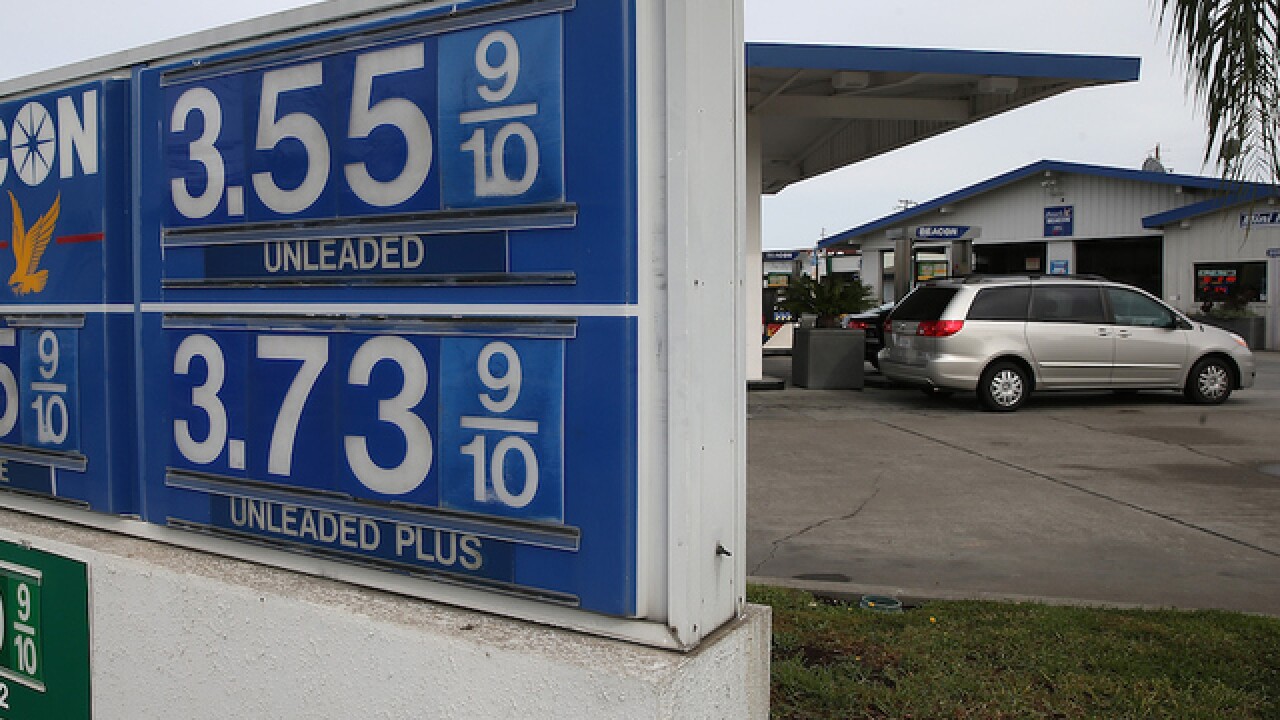 Justin Sullivan
<p>Gas prices are shown at a fuel station on October 15, 2014 in San Francisco, California.</p>

AAA says gas prices lowest in 12 years, but could rise by Memorial Day

Americans got a bargain at the gas pump in the first quarter of 2016, as the average price of regular unleaded gas was $1.86 per gallon from January through March.

While Americans paid the lowest quarterly gas price in 12 years to start 2016, AAA expects gas prices to increase slightly. While AAA expects a slight increase to gas prices between now and Memorial Day, prices will still be relatively low compared to previous years.

AAA said there are three reasons for the expected uptick in prices.

A second factor involves increased demand for gas as the weather warms up, while supply decreases as refineries conduct yearly maintenance.

Another reason involves government regulations as some states sell a different, more expensive blend of gas during the summer.

Entering April, Americans on average were spending 36 cents less for a gallon of gas than in April 2015.

The price of gas is the lowest in the South and Midwest, as both regions are paying less than $2 per gallon.