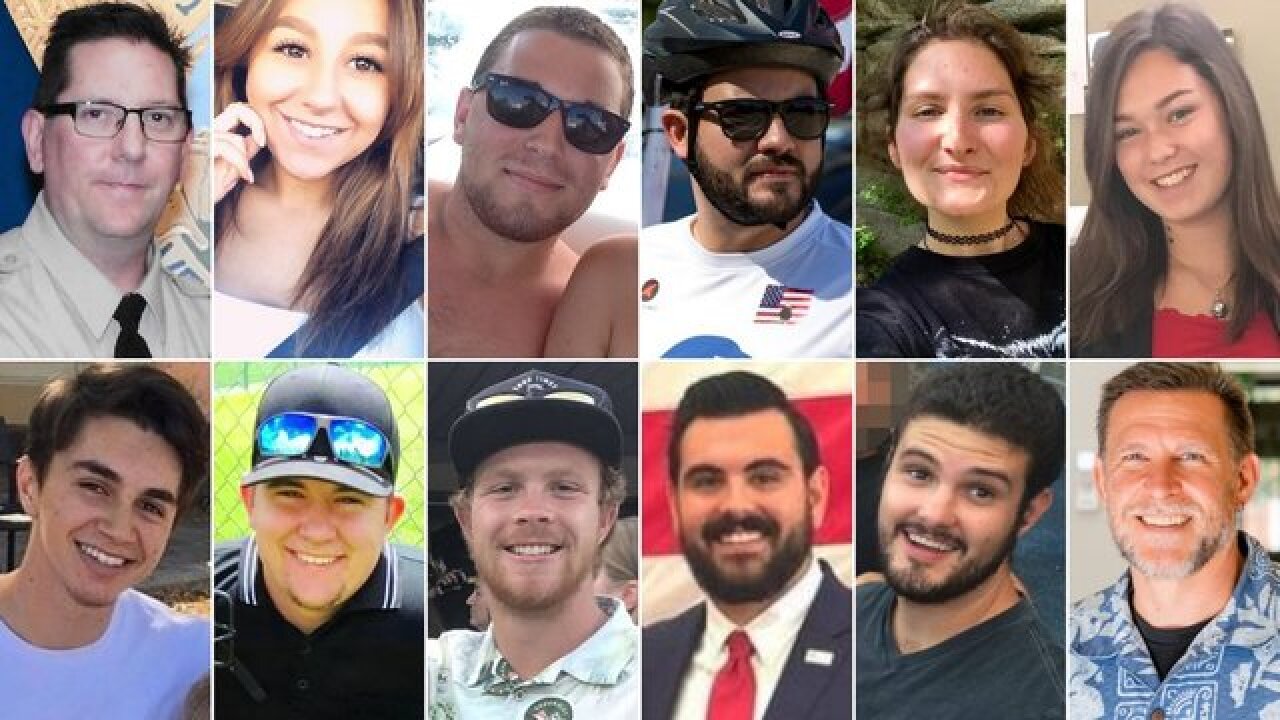 "On behalf of our country music community I want to say that tonight's show is lovingly dedicated to the 12 individuals who we lost far too soon just a week ago tonight at the Borderline in Thousand Oaks, California," Brooks said as a sea of camera phone lights illuminated the stadium. "Tonight let's celebrate their lives, let the music unite us with love and their enduring memory. So please join me now in a moment of silence."

The Borderline Bar & Grill, is a college country bar 40 miles west of downtown Los Angeles. The night of November 7 turned deadly when a gunman forced his way into the bar and opened fire.

Police later identified the gunman as Ian David Long, a 28-year-old US Marine Corps veteran. He was pronounced dead after officers arrived.