Funko plans to open a giant toy store in Hollywood 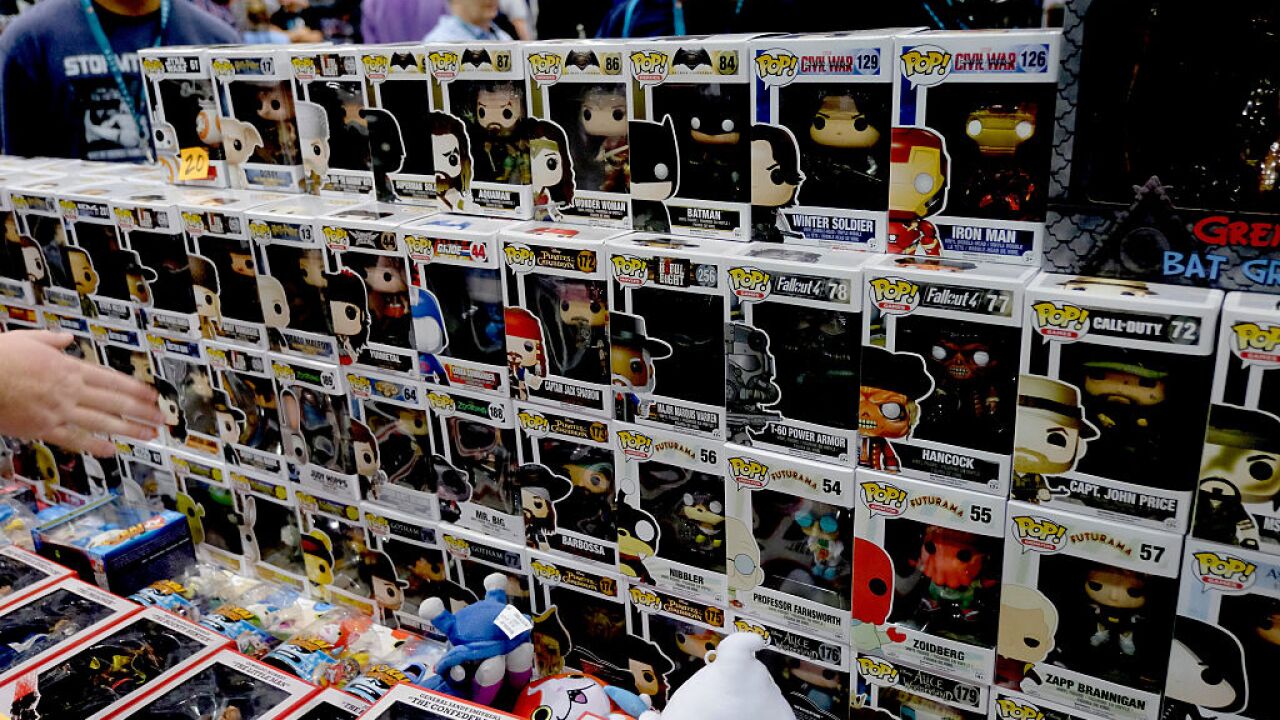 It's a tough time to get into the retail business, but figurine maker Funko thinks its toys are popular enough to make it work.

The company that produces the popular toys with heads that bobble plans to open up a nearly 40,000-square-foot store in Los Angeles later this year.

"So many people are looking for an experience when they shop — not just buying things," Funko CEO Brian Mariotti told CNN Business in an exclusive interview. "This is retail times pop culture."

Funko is known for its vinyl figures that are based on popular movie, TV and comic book characters. It also reproduces real life athletes. The company has licenses with most big studios, including Disney for its Marvel, Pixar and Star Wars characters, Warner Bros. for the DC Comics and Harry Potter franchises as well as Pokémon. (Warner Bros., like CNN, is owned by AT&T's WarnerMedia.)

The LA store will be located on Hollywood Boulevard, not far from the famous TCL Chinese Theatre. It will neighbor a Shake Shack and SoulCycle — in other words, trendy. Mariotti said the company is targeting both tourists and local residents.

Funko already runs a smaller retail outlet at its corporate headquarters in Everett, Washington. Mariotti said that when the company opened that store up, he thought it would be a hit with pop culture enthusiasts and Funko employees. The store wound up exceeding those expectations.

Mariotti said moms with young kids are big fans. Many customers are repeat visitors, too. That proved to Funko that it might be a good idea to set up shops in cities that could attract a mix of local fans and enthusiasts willing to travel to the store.

The new Hollywood location will let customers pose with life-size Funko figures and sit in a toy version of the Batmobile, he said.

He added that the company was still working with the building developer and local officials in Los Angeles, so the store won't be ready for a while. But he hopes to open it in time for Halloween. Parts of the store are being built in Washington and shipped down to California.

If the store is a success, Mariotti said that more Funko locations could open up in other tourist meccas, such as London, Tokyo and Las Vegas.

But he was quick to point out that Funko isn't trying to compete with its retail partners. Funko, like other toy companies, sells a lot of merchandise on Amazon and at Walmart and Target. The company also has distribution at specialty retailers like GameStop and Hot Topic.

Instead, Mariotti said the goal is to build even more followers for the brand, driving sales at those big retailers.

Funko will report its results for the fourth quarter Thursday, and it is expected to talk more about its retail plans then. Analysts expect sales to have risen nearly 20% from a year ago and for earnings per share to have more than doubled.

The stock is up more than 50% already this year.