Funerals to be held for 8 killed in rural Ohio 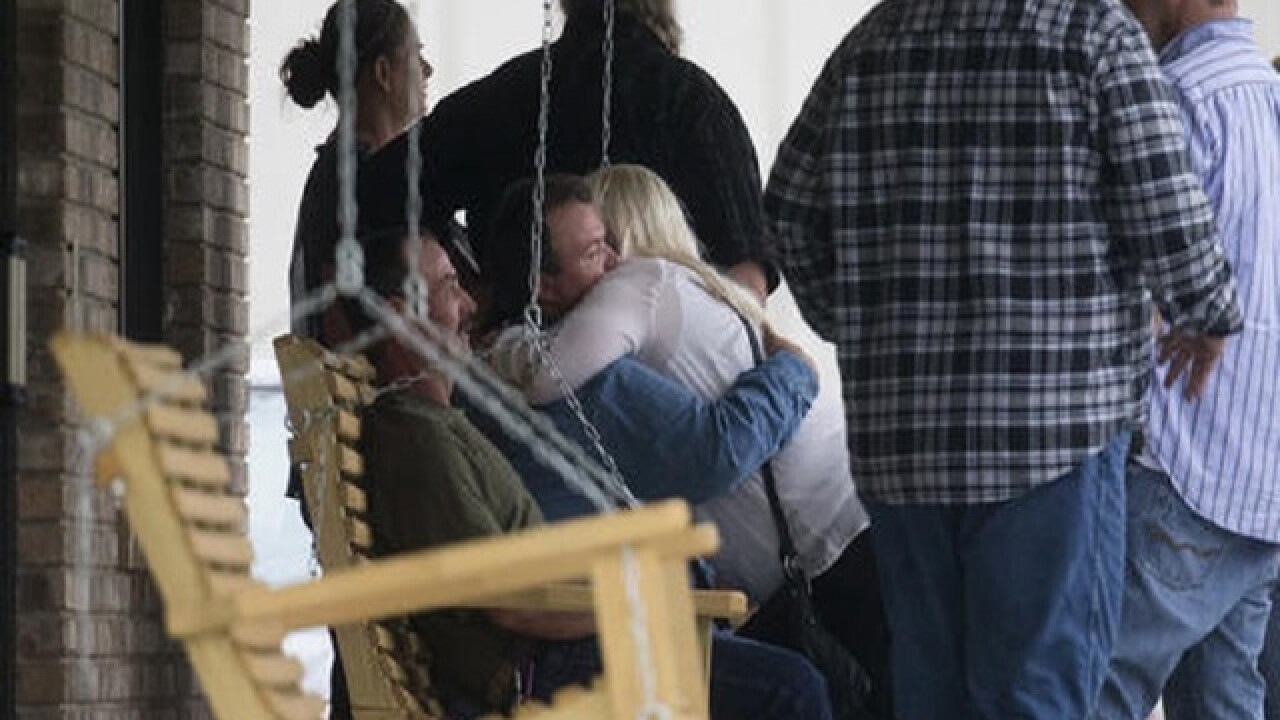 John Minchillo
<p>Visitors gather for the wake of Gary Rhoden at the Crockett L. Reed Funeral Home, Wednesday, April 27, 2016, in South Shore, Ky. Multiple people, including Rhoden, were found dead Friday at several properties near Piketon, Ohio. Investigators have interviewed more than 50 people in the case but have made no arrests. (AP Photo/John Minchillo)</p>

By: Associated Press
Posted at 1:48 AM, Apr 28, 2016
PIKETON, Ohio (AP) — Grieving family members will gather for funeral services in the days ahead to remember eight of their own who were killed in what authorities are calling a "cold-blooded, calculated massacre" in rural Ohio.
A visitation was held for one of the eight Wednesday night at a funeral home in Kentucky, about 30 miles south of where the victims were fatally shot.
Gary Rhoden, 38, was among those killed. Family friend Lisa Wallace attended his viewing at Crockett L. Reed Funeral Home in South Shore, Kentucky.
"Everybody is in shock, and they really want their privacy," Wallace told WCPO-TV in Cincinnati, Ohio. "And a lot of them are scared. I would be. Considering," she said.
Mourners spent hours at the funeral home while local police and sheriff's deputies stood watch, a reminder that the killer or killers are still on the loose.
Authorities say they've interviewed more than 50 people, but haven't made any arrests or confirmed a motive for the slayings. They remain tight-lipped about the investigation.
"I assume the person or the people who committed these murders are watching the news reports about Pike County," state Attorney General Mike DeWine said. "I do not intend or want to broadcast any information that would let them know details about this investigation."
The bodies of seven adults and a teenage boy were found in their homes in the hills near Piketon, about 80 miles east of Cincinnati, on Friday.
The victims were 40-year-old Christopher Rhoden Sr.; his ex-wife, 37-year-old Dana Rhoden; their three children, 16-year-old Christopher Rhoden Jr., 19-year-old Hanna Rhoden and 20-year-old Clarence "Frankie" Rhoden; Christopher Rhoden Sr.'s brother, 44-year-old Kenneth Rhoden; their cousin, 38-year-old Gary Rhoden, and 20-year-old Hannah Gilley, whose 6-month old son with Frankie Rhoden was unharmed.
Two other children, Hanna Rhoden's 4-day-old daughter and Frankie Rhoden's 3-year-old son, also were unharmed.
A coroner said seven members of the Rhoden family were shot multiple times, and one had nine gunshot wounds. Some victims also had bruising.
Earlier Wednesday, DeWine and other officials visited the four homes where the family members were killed.
"It's absolutely shocking, some of these scenes," Pike County Sheriff Charles Reader said at a news conference with DeWine.
DeWine stressed that authorities would do whatever is necessary to solve the crimes.
"We are going to find whoever did this," he said.
Azteca America 2016