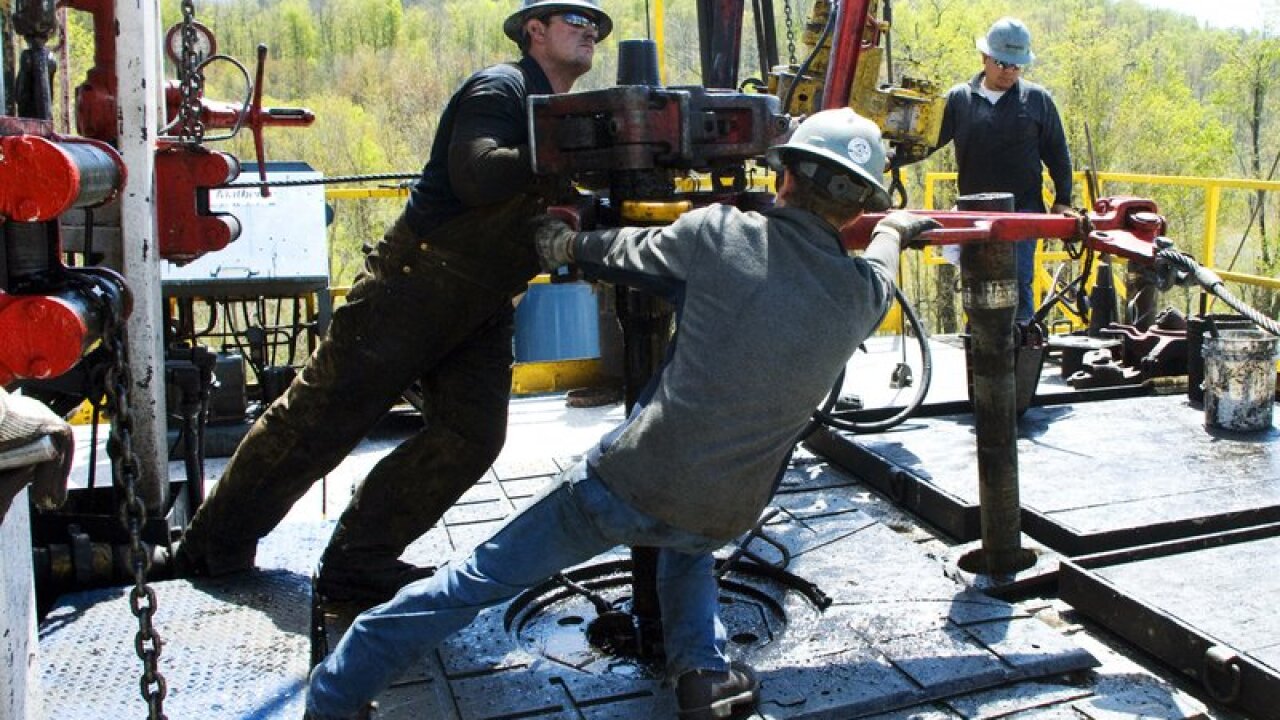 NEW YORK (AP) — — Chesapeake Energy, a shale drilling pioneer that helped to turn the United States into a global energy powerhouse, has filed for bankruptcy protection.

The Oklahoma City-based company said Sunday that it was a necessary decision given its debt. Its debt load is currently nearing $9 billion. It has entered a plan with lenders to cut $7 billion of its debt and said it will continue to operate as usual during the bankruptcy process.

The oil and gas company was a leader in the fracking boom, using unconventional techniques to extract oil and gas from the ground, a method that has come under scrutiny because of its environmental impact.

Other wildcatters followed in Chesapeake’s path, racking up huge debts to find oil and gas in fields spanning New Mexico, Texas, the Dakotas and Pennsylvania. A reckoning is now coming due with those massive debts needing to be serviced by Chesapeake and those that followed its path.

More than 200 oil producers have filed for bankruptcy protection in the past five years, a trend that’s expected to continue as a global pandemic saps demand for energy and depresses prices further.

It became a colossus in the energy markets, eventually reaching a market valuation of more than $37 billion. Then, the first in a series of financial shocks hit Chesapeake as the Great Recession sent energy prices into the basement.

The company closed Friday valued at around $115 million.

Chesapeake grew with lightning speed under one-time CEO Aubrey McClendon, known for his aggressiveness acquiring oil and gas drilling rights. He pushed the company to acquire enormous tracks of land in several states, taking on mounting debt along the way. Chesapeake in some ways became a victim of its own success as other companies followed its lead and U.S. energy production soared, driving down prices.

McClendon left the company in 2013 with questions swirling about its business practices. On March 1, 2016, McClendon was indicted on a charge of conspiring to rig bids on energy leases in Oklahoma. McClendon died the following day, the single occupant in his Chevrolet Tahoe that smashed into a concrete viaduct at nearly 90 mph.

The coroner ruled his death an accident.

Chesapeake has paid millions of dollars since to settle charges of bid rigging.

Robert Lawler became CEO after McClendon’s death and began selling off assets to get Chesapeake’s debt under control. But that debt grew more threatening within two years as the fracking boom turn to a bust in 2015. Chesapeake reported a quarterly loss of $4 billion that year and the first wave of layoffs began with 750 jobs.

Despite Chespeake’s problems, Lawler last year remained the highest-paid CEO in Oklahoma with $15.4 million in compensation, according to a ranking compiled by The Associated Press and Equilar.

Chesapeake lost an eye-popping $8.3 billion in the first quarter of this year, and it listed $8.62 billion in net debt. The company said in a regulatory filing in May that “management has concluded that there is substantial doubt about the company’s ability to continue as a going concern.”

(Copyright 2021 The Associated Press. All rights reserved. This material may not be published, broadcast, rewritten or redistributed.)