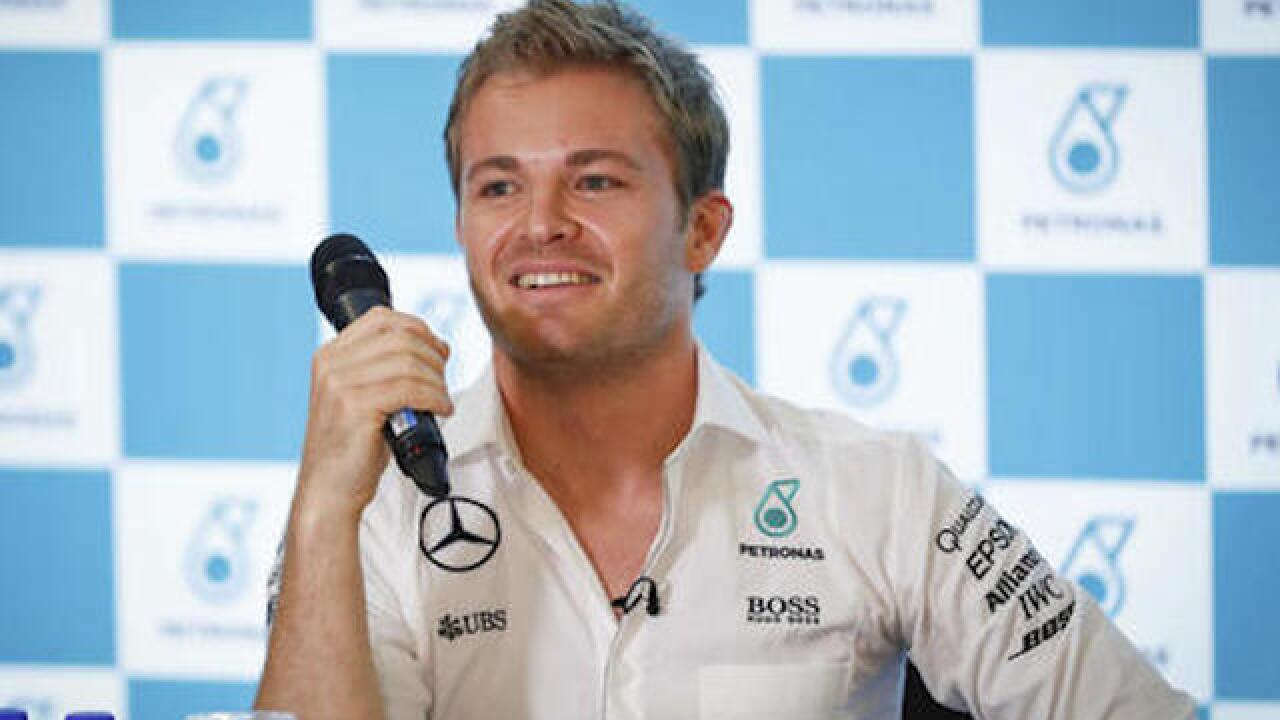 The German driver says he made the decision Monday evening, a day after claiming his first title by finishing second at the season-ending Abu Dhabi Grand Prix behind Mercedes teammate Lewis Hamilton.

Mercedes says on its website that Rosberg "will stop racing in Formula One with immediate effect."

Rosberg says on Facebook "I am on the peak, so this feels right."