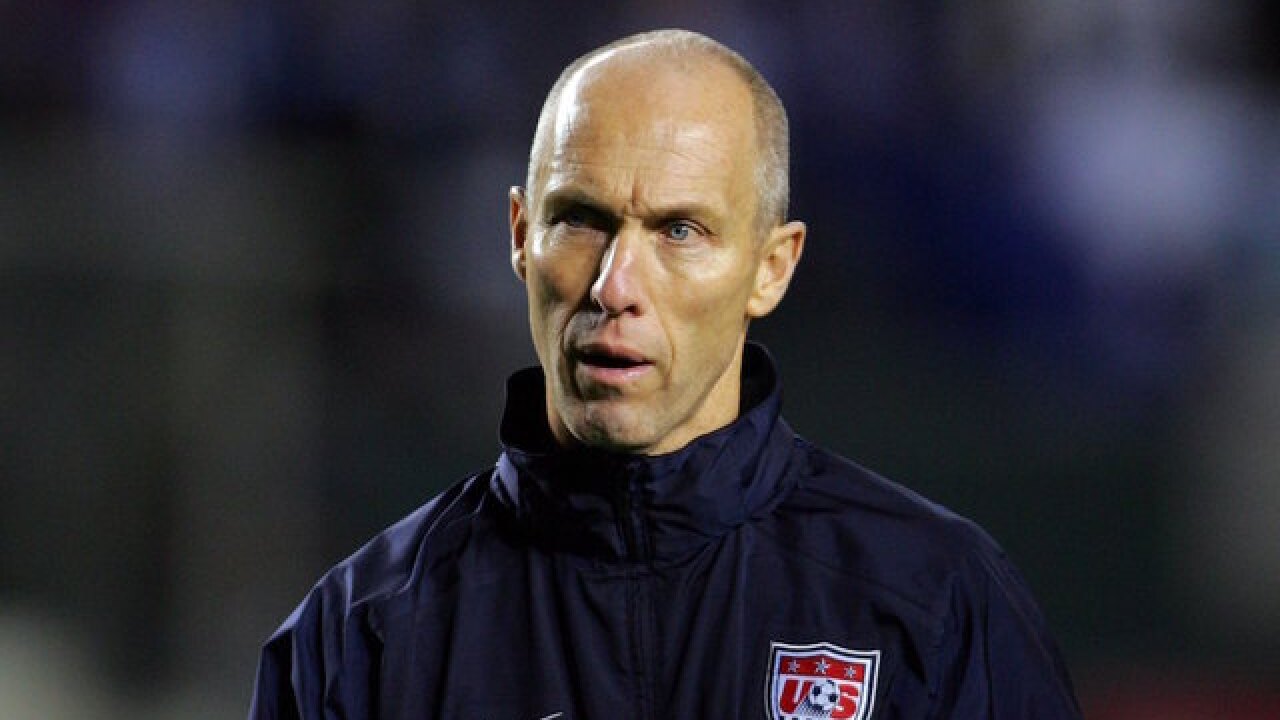 Copyright Getty Images
Victor Decolongon
<p>CARSON, CA - JANUARY 23: Former head coach Bob Bradley of USA walks off the pitch after the first half of their international friendly match against Honduras on January 23, 2010 in Carson, California. (Photo by Victor Decolongon/Getty Images)</p>

SWANSEA, Wales (AP) — Bob Bradley has become the first American manager of a Premier League club after being hired by Swansea.

The club in south Wales tweeted the hiring of the former U.S. national team coach while announcing it had fired Francesco Guidolin.

Guidolin has only been at Swansea since January but has lost his job after the team opened the season by winning only one of its seven league matches.

Bradley coached the United States at the 2010 World Cup. His most recent role has been at second-tier French club Le Havre.