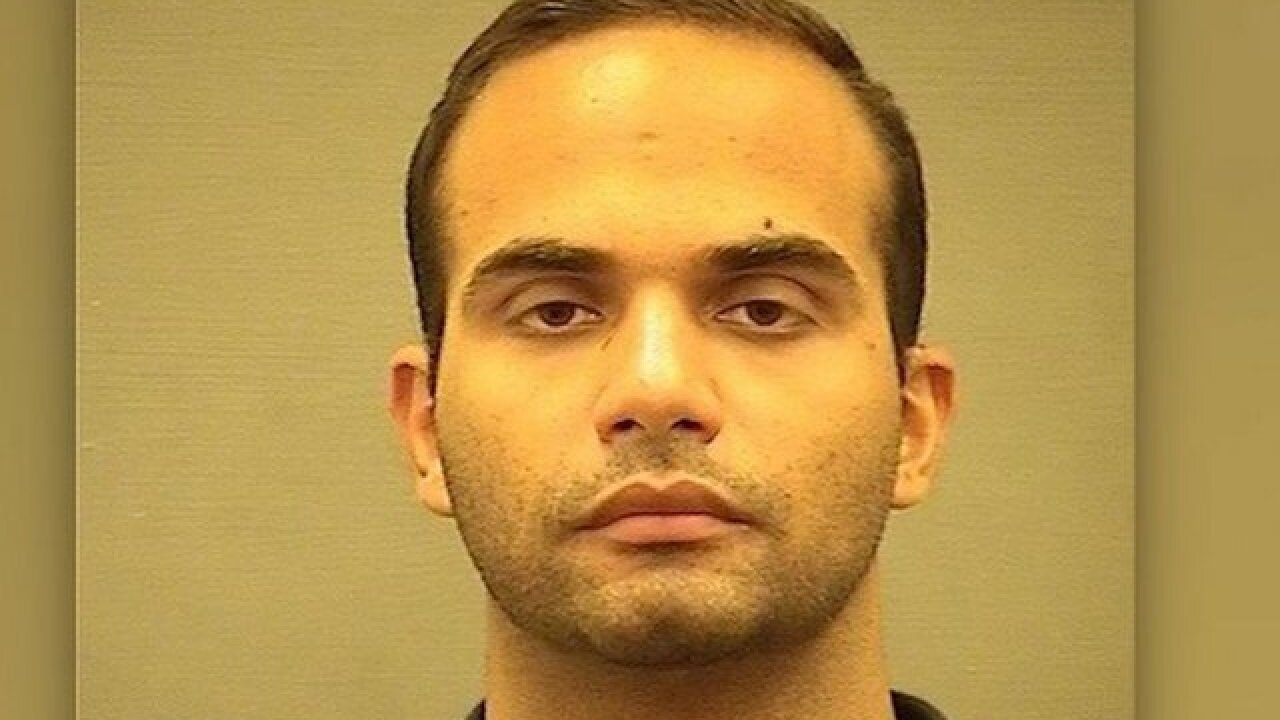 Former Trump campaign adviser George Papadopoulos says he doesn't remember telling anyone on the campaign that Russia had damaging emails about Hillary Clinton, but "can't guarantee" that he kept the bombshell from his campaign colleagues.

Breaking his silence for the first time since his guilty plea, Papadopoulos also doubled down on the claim that then-Sen. Jeff Sessions embraced his proposal that candidate Donald Trump meet with Russian President Vladimir Putin, contradicting Sessions' testimony to Congress.

The young political operative maintains that he never alerted the Trump campaign about the Russian dirt. But when pressed, Papadopoulos refused to completely shut the door on the possibility that the information made its way to other people on the campaign.

CNN's Jake Tapper sat down exclusively with the former Trump campaign aide, who pleaded guilty last year to lying to investigators about his contacts with Russians during the 2016 presidential campaign. "The Mysterious Case of George Papadopoulos" airs Friday at 11 p.m. ET.

A federal judge on Friday sentenced Papadopoulos to spend 14 days in prison, pay a $9500 fine, and perform community service.

In the interview, Papadopoulos shared new details from his saga that haven't come to light before. He explained why he told Greece's foreign minister about the Russian dirt and expanded on his belief Sessions was not honest in Congressional testimony last year.

Sessions testified last November before Congress that at a March 2016 Trump campaign meeting he "pushed back" against Papadopoulos' proposal to set up a meeting between Trump and Putin. Papadopoulos told CNN that Trump "gave me a sort of a nod" and "wasn't committed either way" but that Sessions "was actually enthusiastic about a meeting between the candidate and President Putin."

The Justice Department has declined to comment about Papadopoulos' assertions. Sessions' attorney Chuck Cooper said the attorney general "stands by his testimony" about his recollection of the meeting with Trump's foreign policy team.

The documentary traces Papadopoulos' travels around the globe, his interactions with shadowy figures in the intelligence world, and how he got caught up in the Russia investigation. Along the way, Papadopoulos fell in love with an Italian model-turned-diplomat, and the couple got married in March.

One of those strange encounters was in April 2016, when Papadopoulos met Maltese professor Joseph Mifsud, who told him that the Russians had "thousands of emails" about Clinton. These emails burst into public view two months later with the first WikiLeaks releases.

Papadopoulos described Mifsud's comments as a "momentous statement" and not an explicit offer of assistance. He says he didn't take the bait or express any interest in the emails.

"According to public documents today ... there was a lot of tradecraft, spycraft going on around my life during that time," Papadopoulos said. "So, I certainly wouldn't disabuse the notion that he might have been dangling something to see if I would bite or if the campaign would bite."

Complicating these denials, Papadopoulos admitted that he told a senior Greek official about the Russian dirt while visiting the country on a trip authorized by the Trump campaign.

"He explained to me that where you are sitting right now, tomorrow Putin will be sitting there," Papadopoulos said. "And then a nervous reaction I had, I blurted out, I heard this information."

The Greek government confirmed to CNN that the meeting happened but declined to say what was discussed. Papadopoulos described the conversation as "gossiping among diplomats."

Beyond his conversation with Mifsud about emails, Papadopoulos said he hoped the professor could use his Kremlin ties to broker "some sort of summit or meeting, mostly for a photo-op" between Trump and Putin. When Papadopoulos met Trump for the first time, at a March 2016 meeting of the campaign's foreign policy team, he mentioned this proposal to the room.

"I sat down and, you know, I looked at the candidate," Papadopoulos said. "I looked at candidate Trump directly in his eyes and said, 'I can do this for you if it's in your interest and if it's in the campaign's interest.' And the collective energy in the room, of course, there were some dissenters, but the collective energy in the room seem to be interested."

Trump "gave me sort of a nod," Papadopoulos said, but did not offer a clear up-or-down response. Sessions, the nominal head of Trump's foreign policy team, was also in the room.

Papadopoulos initially made this stunning claim in a court filing last week, where he asked the judge for a lenient sentence with no prison time. This contradicted what Sessions told Congress under oath last year -- that he "pushed back" against Papadopoulos' proposal for a summit.