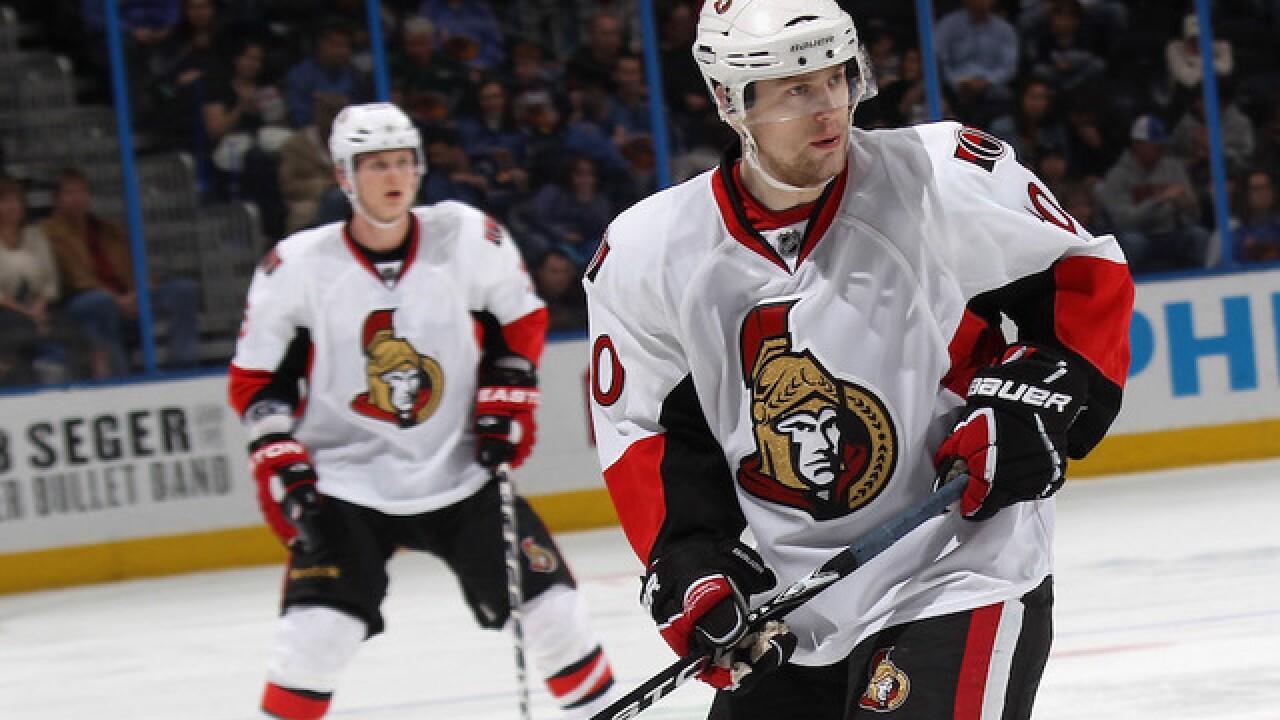 Copyright Getty Images
Bruce Bennett
<p>Marek Svatos skates against the Atlanta Thrashers at the Philips Arena on March 27, 2011 in Atlanta, Georgia. The Thrashers defeated the 5-4 in the shoot out.</p>

The 34-year-old Svatos was found dead late Friday night. Police have not released a cause of death or said whether the death is suspicious.

Svatos lived in Lone Tree, a suburb of Denver. Authorities say he was identified by a family member at the home.

Svatos was a native of Kosice, Slovakia. He played for the Avalanche from 2004 until 2010. He also played briefly for Nashville and Ottawa.