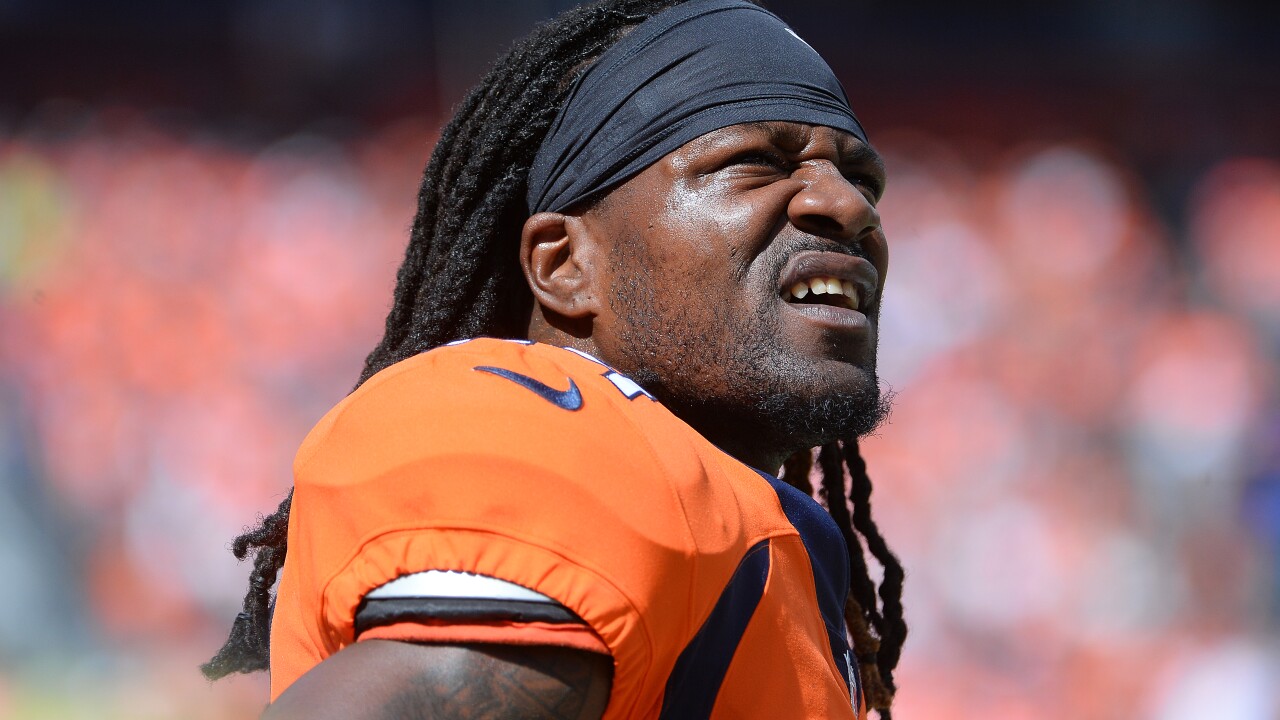 Jones was arrested shortly after 3 a.m., according to a news release from the Indiana Gaming Commission. IGC officials were asked to investigate possible cheating at a table game, according to the commission. They said Jones “became verbally combative and disorderly” with the agents.

He was placed under arrest for disorderly conduct, public intoxication, intimidation and resisting arrest, the release said.

The investigation is ongoing.

Jones had several run-ins with the law while playing for the Cincinnati Bengals, who later played for the Denver Broncos.

In May 2017, Jones pleaded guilty to obstructing official business in connection with an arrest at a downtown Cincinnati hotel.

Jones was arrested in Cincinnati in 2011 after a night out and in 2013 after a Reds game. He was escorted out of Hollywood Casino in 2015, but he was never charged with any crime related to an alleged fight that took place.