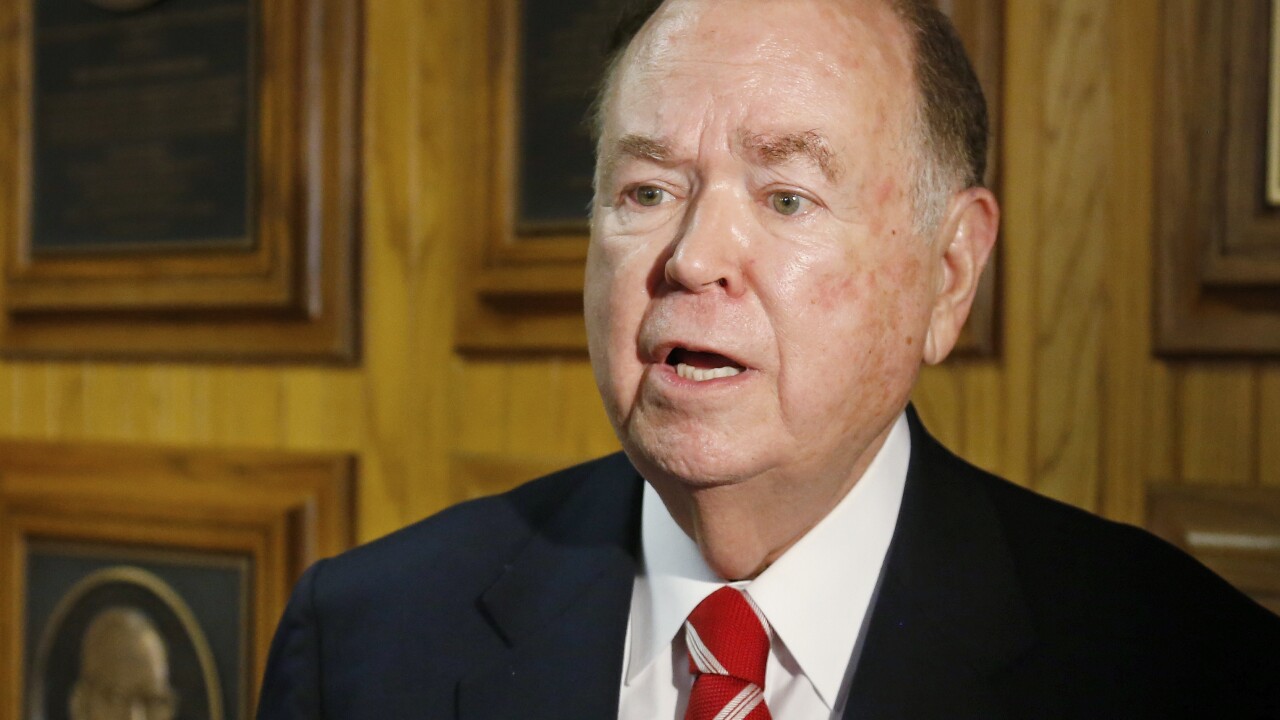 Sue Ogrocki/AP
FILE - In this March 10, 2015 file photo, University of Oklahoma President David Boren talks with the media before the start of a Board of Regents meeting in Oklahoma City. The attorney for Boren says Boren has met with investigators looking into allegations he sexually harassed male subordinates. Attorney Clark Brewster told The Oklahoman that Boren met Friday, April 5, 2019 with investigators and answered all of their questions, but Brewster declined to discuss specific questions. (AP Photo/Sue Ogrocki, File)

The Oklahoma State Bureau of Investigation is looking into allegations that Boren and another former university administrator, Tripp Hall, sexually harassed male students. Both have denied wrongdoing.

The OSBI launched its investigation after former student Jess Eddy came forward to say he was touched inappropriately by Boren and Hall in 2010.