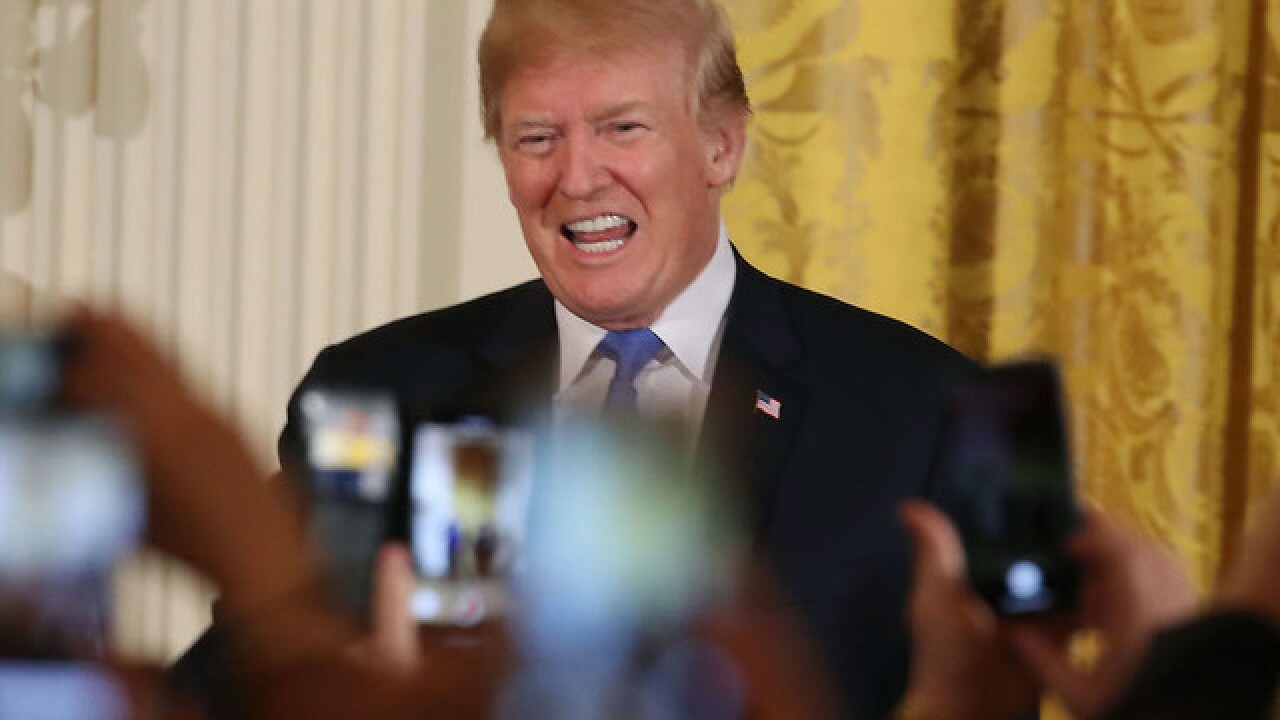 Media outlets, including The New Yorker, have reported that AMI paid Dino Sajudin, a former doorman at Trump World Tower in Manhattan, $30,000 in late 2015 for his account of an unproven rumor that Trump had an affair with an employee in the late 1980s and fathered a daughter with her.

A spokesperson for the Trump Organization said Sajudin's claims were false, and disputed that Matthew Calamari -- who The New Yorker reported is Trump's head of security -- told Sajudin about a "love child."

"Not only did Mr. Calamari never make these statements, but a simple internet search shows that Mr. Sajudin is alleged to have a long history of peddling false and malicious stories for his own benefit," the spokesperson said. "Given these accusations, it is disappointing - though not surprising - that The New Yorker would give any credence to this story."

While George does not have direct knowledge that Pecker was involved with the decision to pay Sajudin, he spoke about a long-running practice of the AMI chief killing unflattering stories about Trump.

Asked to estimate how many Trump stories Pecker killed, George said "dozens of stories and hundreds of story leads that come in on the tip line that never see the light of day."

Pecker is a longtime friend of the president.

George, who worked for AMI for 28 years until he was laid off in 2013, said it was uncommon for the National Enquirer to buy a story and not run it. George said the Sajudin deal was "very unusual."

"The Enquirer doesn't buy stories and pay big amounts of money for stories that are not going to run," he said. "There is an obvious motive for buying it. It was to keep it off the market."

The company said it killed the story, because after a month of reporting, its staff determined it was not true. No media outlet has proven the story to be true. In a statement Thursday, AMI denied Trump or his personal attorney Michael Cohen were involved in its decision to drop the story.

"The suggestion that David Pecker has ever used company funds to 'shut down' this or any investigation is not true," the statement said. "In addition, AMI and Mr. Pecker emphatically deny any suggestion that there might have been be any 'partnership' created which might influence any business ties in regard to AMI. These claims are reckless, unsubstantiated, and false."

True or not, George said Pecker quashed stories about Trump for years.

"I remember sitting in story meetings where reporters would pitch Trump story after story and the editors would say 'No thanks, we're not interested in that,'" he said.

Any story that was remotely negative about Trump would be killed, George said.

"I think every word [about Trump] that's been printed has been vetted by his attorney, his people, his representatives -- after David Pecker took over, because of their friendship," he said.

"I've talked to reporters that I worked with and that worked with other editors on [Trump] stories that told me they had to run it [whatever they were reporting] by the Trump Organization," George said.

"They [reporters] would tell them exactly what the story would say, or the story wouldn't be developed unless he or his rep gave the nod, " he added.

George said he did not believe Pecker would pay Sajudin or former Playboy Playmate Karen McDougal -- whose deal with AMI not to talk about an alleged 10-month affair with Trump earned her $150,000 -- without telling Trump.

He characterized Pecker's approach as, "This is what I've done for you. See how much I adore you?"

George went on to say that it was "no coincidence that President Trump has been quoted saying David Pecker would be the perfect editor for Time Magazine."

Trump tweeted the endorsement three times in 2013, writing on July 9: "@TIME Magazine should definitely pick David Pecker to run things over there - he'd make it exciting and win awards!"

George described Pecker as a man driven by money and not by journalism.

"This guy doesn't have ink in his veins. He's a businessman," George said. "Pecker is all about money and, you know, the next big acquisition and who's going to fund it. I'm not saying he doesn't sincerely revere President Trump, but I guess it's sort of a favor bank where he can say to the president - I have an arsenal of stories that I have kept out of print, so these scandals never saw the light of day."

George said he did not know of any examples of Trump funding acquisitions for Pecker.

Representatives for Trump have repeatedly denied the alleged affairs with Daniels and McDougal. Trump has said he didn't know about the $130,000 payment.

The latest report is part of an emerging pattern of payoffs by Trump allies to kill damaging stories about him, especially allegations that emerged during his long-shot campaign for the White House in 2015 and 2016.