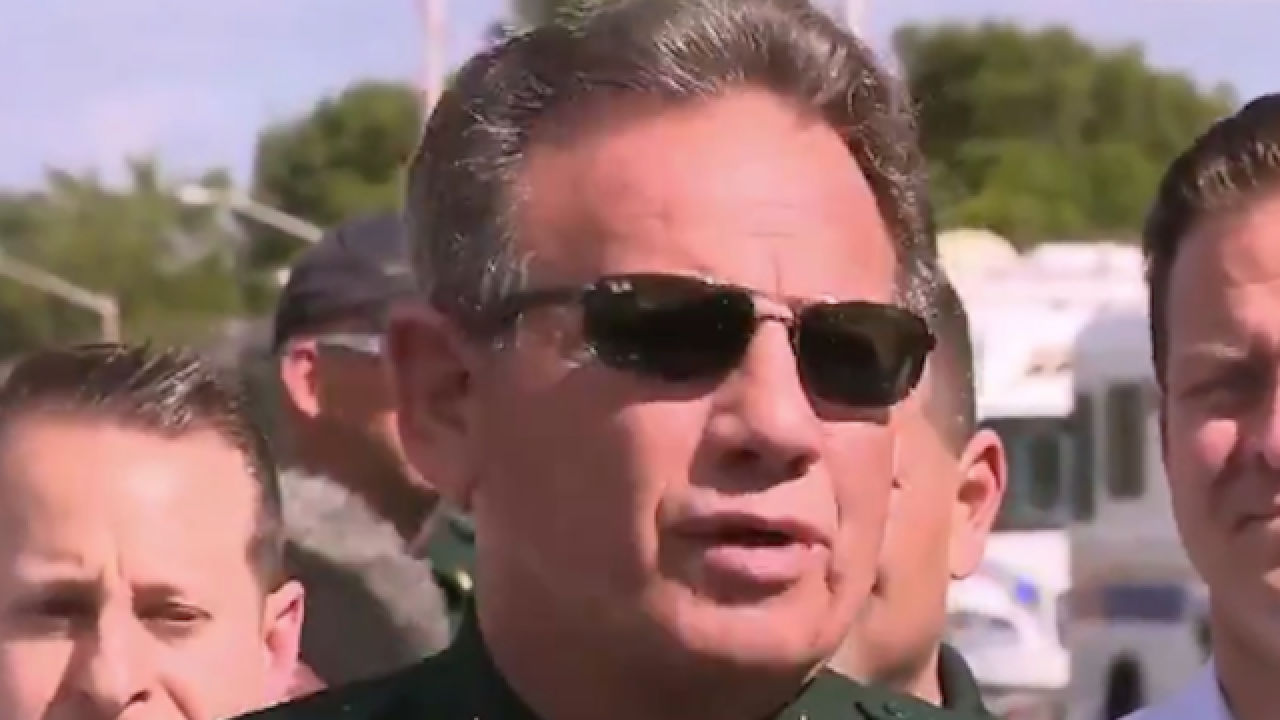 When Coral Springs police officers arrived at Marjory Stoneman Douglas High School in Parkland, Florida, on Feb. 14 in the midst of the school shooting crisis, many officers were surprised to find not only that Broward County Sheriff's Deputy Scot Peterson, the armed school resource officer, had not entered the building, but that three other Broward County Sheriff's deputies were also outside the school and had not entered, Coral Springs sources tell CNN. The deputies had their pistols drawn and were behind their vehicles, the sources said, and not one of them had gone into the school.

Some Coral Springs police were stunned and upset that the four original Broward County Sheriff's deputies who were first on the scene did not appear to join them as they entered the school, Coral Springs sources tell CNN. It's unclear whether the shooter was still in the building when they arrived.

What these Coral Springs officers observed -- though not their feelings about it -- will be released in a report, likely next week. Sources cautioned that tapes are currently being reviewed and official accounts could ultimately differ from recollections of officers on the scene.

The resentment among Coral Springs officials toward Broward County officials about what they perceived to be a dereliction of duty may have reached a boiling point at a vigil the night of February 15, where, in front of dozens of others, Coral Springs City Manager Mike Goodrum confronted Broward County Sheriff Scott Israel. A source familiar with the conversation tells CNN that Goodrum was upset that the Broward deputies had remained outside the school while kids inside could have been bleeding out, among other reasons.

Goodrum said in a statement to CNN, "Given the horrific events of that day emotions were running high and the sheriff and I had a heated moment the following evening. Sheriff Israel and I have spoken several times since and I can assure you that our departments have a good working relationship and the utmost respect for each other." Goodrum declined to comment on the content of their conversation.

Two days after the shooting, Coral Springs Police Chief Tony Pustizzi addressed some of the concerns voiced by his officers in an internal email obtained by CNN that said, among other items, "I understand that another agency has given the impression that it had provided the majority of the rescue efforts, and that the tremendous work of the Coral Springs Police and Fire Departments has not been recognized. Please know that this issue will be addressed, and the truth will come out in time. The focus for us now, however, must be on healing -- for ourselves, our families, our community and those residents surrounding us. While recognition is not the reason we choose to do what we do, our Commission, City Manager and residents are well aware of the actions our members took in the face of danger and the heroes that you are."

The Broward County Sheriff's Office did not return multiple requests for comment.

Information about ways the Broward County Sheriff's Office didn't sufficiently handle the shooter both before and during the incident started coming out in full force on Thursday, when Broward County Sheriff Israel announced that video showed Deputy Peterson outside the building where students were being shot for "upwards of four minutes."

"What I saw was a deputy arrive ... take up a position and he never went in," Israel said at a news conference. Israel said Peterson should have "went in. Addressed the killer. Killed the killer." Peterson was suspended without pay, after which he resigned.

County Superintendent Robert Runcie said, "I'm in shock and I'm outraged to no end that he could have made a difference in all this. It's really disturbing that we had a law enforcement individual there specifically for this reason, and he did not engage. He did not do his job. It's one of the most unbelievable things I've ever heard."

Israel also announced an investigation into how two other deputies had handled warnings about the gunman prior to the shooting.