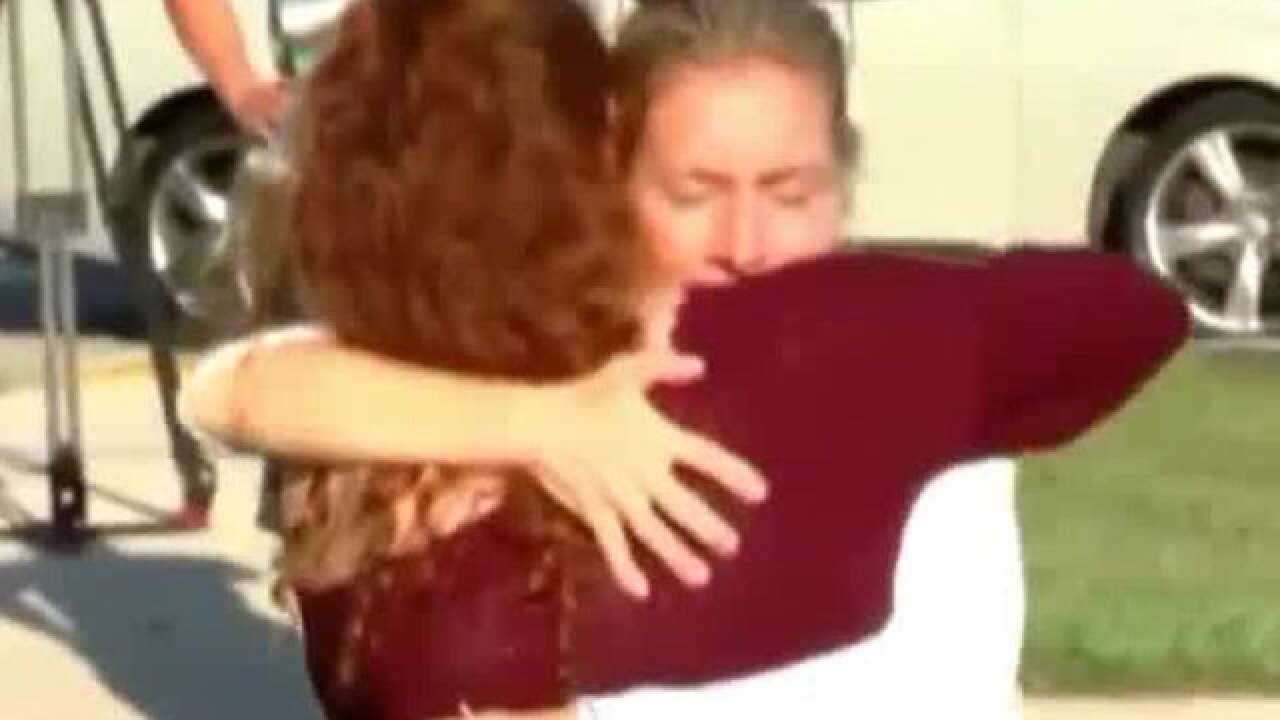 A woman close to the Parkland, Florida, school shooter called an FBI tip line in early January to describe a young man with an arsenal of knives and guns who was "going to explode" and said she feared him "getting into a school and just shooting the place up."

"I just want to, you know, get it off my chest in case something does happen and I do believe something's going to happen," the woman said, according to a transcript of the Jan. 5 call reviewed by CNN.

The FBI admitted last week that it had failed to act on the tip. In a statement then, FBI Director Christopher Wray said that "we have spoken with victims and families, and deeply regret the additional pain this causes all those affected by this horrible tragedy."

In the days since the massacre, people who knew Cruz have described a troubled young man who was often at odds with law enforcement and made violent posts online. The FBI and local police have revealed that they had received several warnings about his behavior.

On Friday, officials from the FBI briefed congressional staff on the tip line processes at lawmakers' request, including Senate Judiciary Chairman Chuck Grassley of Iowa.

In the briefing, the FBI made it clear that the bureau was conducting a review of the tip line process, according to a Capitol Hill staffer who was there.

The Wall Street Journal was first to report on the contents of the transcript.

In the January call, the woman, who is not identified, told the FBI employee that Cruz had the mental capacity of a 12- to 14-year-old and had been kicked out of school for throwing chairs at students and teachers "because he didn't like the way they were talking to him."

The woman also provided the FBI employee with the usernames for at least three of Cruz's Instagram accounts, where he wrote that "he wants to kill people" and posted photos of animals that he had mutilated.

"You know how a bird will fly around in the backyard and then hit your glass door, your sliding glass doors and hit the ground?" the woman said, "Well that's what happened. He brought the bird into the house. He threw it on his mother's kitchen counter and he started cutting it up."

"That to me would be a red flag," the woman said.

Cruz used money from his mother's bank account to buy several rifles and ammunition, including one gun that he bought online, the caller said.

After receiving the call, the FBI employee, based in the bureau's West Virginia tip line center, discussed the tip with her supervisor and the two concluded there was no imminent threat and decided to take no further action, the staffer said. The case was closed within an hour.

During the call, the FBI employee had asked the woman whether Cruz said he was going to take action or that he just wanted to. Replying, the woman read the post where Cruz said, "I want to kill people," according to the transcript.

At one point in the briefing Friday, the FBI said it may not have been able to take law enforcement action based on the tip because of the shooter's stated intent and conflicting access to the case with local jurisdictions, according to the Hill staffer.

The FBI also described on Friday a tip it had received through an online portal in September after Cruz made a threatening post on a YouTube video, according to a news release from Grassley's office.

As a result of that tip, the FBI opened a counterterrorism lead, but the bureau closed it the next month because the FBI could not positively identify the individual behind the post, the statement says.

"The FBI has dispatched officials to both field offices where the tips were received to investigate what went wrong and determine how processes can be improved to prevent future failures," the statement says.

YouTube's parent company, Google, also briefed congressional staff Friday and said the comment by Cruz in September was marked as spam and removed by the video's owner shortly after it was posted and therefore not investigated further, the statement says.

In the briefing, Google "acknowledged that it has a role to play in reviewing its social media sites for content that merits a referral to law enforcement," the statement from Grassley's office says.