Florida prostitute accused of setting up customer to rob him 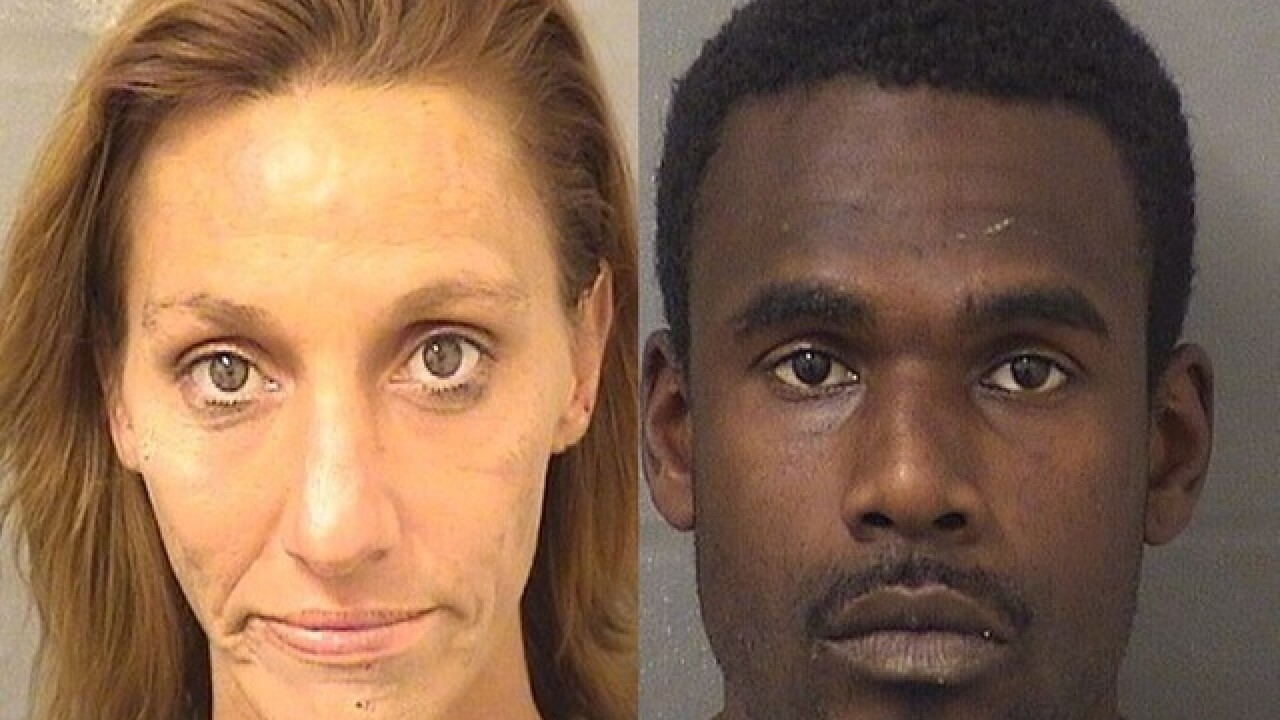 A woman known to authorities as a prostitute is accused of setting up one of her Johns to be robbed.

Palm Beach County Sheriff’s Office detectives say Christina Chiesa, 36, had sex with a man for money and then signaled for Robert Jones, 26, and two other men to steal from him.

Surveillance video captured the victim having sex with Chiesa behind a dumpster behind a shopping plaza in suburban West Palm Beach on April 10, according to an arrest report.

Jones is seen on video walking up to them, pulling out a knife, swinging it at the victim, the report states. “I’m gonna open you up, give me the money,” Jones allegedly told the victim.

The victim told detectives he was able to fight off Jones until Chiesa signaled for two other men to come over. He said the men punched and cut him in the face. He said one of the wounds was so deep that he needed stitches.

The suspects stole $180 out of his wallet and his beach cruiser bicycle. He said he was able to grab his wallet back from Chiesa.

Days later, a deputy recognized Chiesa and Jones from the surveillance video. The two other men were not identified in the report.

They are facing charges of robbery and aggravated battery.

Chiesa has been convicted of prostitution three times in Palm Beach County.