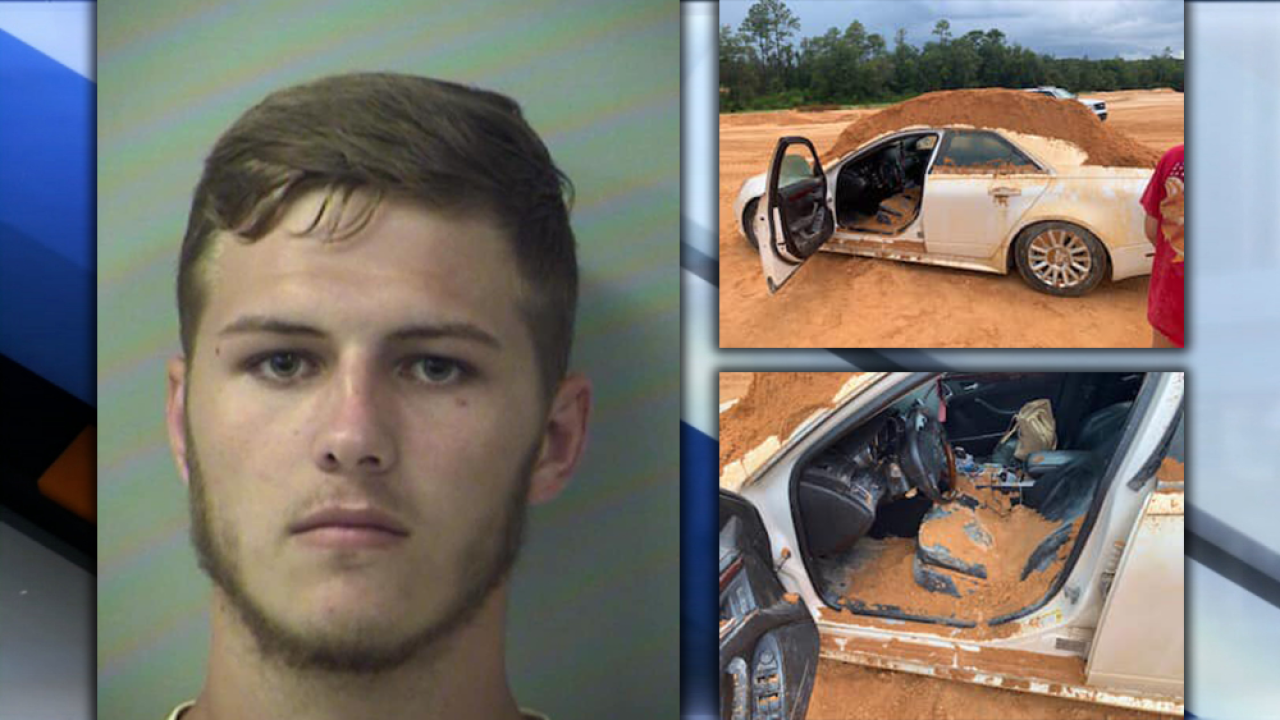 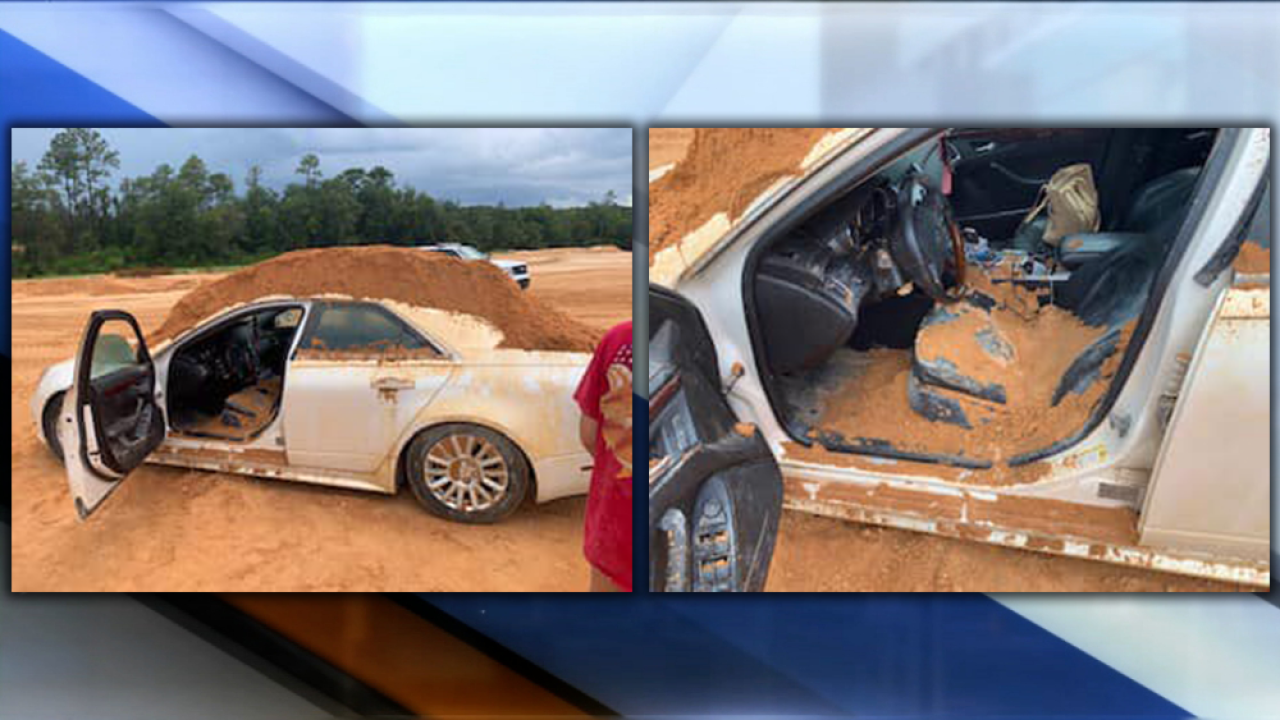 OKALOOSA COUNTY, Fla. — A Florida man was arrested and charged with criminal mischief after he used a front end loader to dump dirt on a car his girlfriend was driving.

Hunter Mills, 20, asked his girlfriend to meet him in Crestview to talk, according to the Okaloosa County Sheriff's Office.

After Mills asked his girlfriend a question and she refused to answer, he dumped "a bucket full of dirt on the roof of the driver side" of the 2010 Cadillac, which belonged to someone else.

Deputies said the window was open so dirt filled up the air vents, center console and power windows. Mills' girlfriend was not injured.

Mills was arrested and charged with felony criminal mischief over $1,000.

This story was originally published by WFTS in Tampa, Florida.