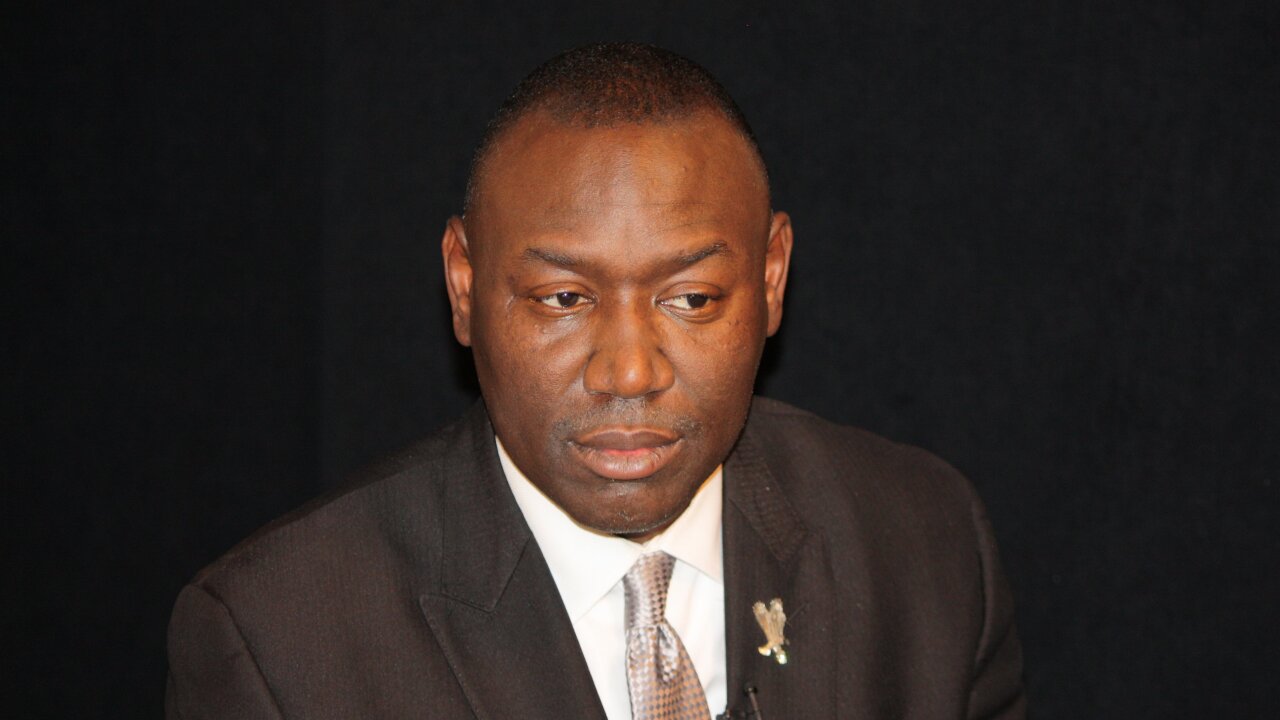 Ken Borland/CNN/Ken Borland/CNN
FILE- Attorney Ben Crump says that a test company is unfairly refusing to validate the SAT score of Kamilah Campbell because she improved her score by too many points.

(CNN) -- Kamilah Campbell wants to go to Florida State University and major in dance. She has a 3.1 grade point average and a lifetime of dance experience.

But after getting her score from the SAT after her first try -- a 900 -- Campbell decided she needed to do better. Her mom got her a tutor, she took online classes and she got a copy of a The Princeton Review prep book.

Later, when she got an envelope in the mail from the testing company, she was shocked when she opened it.

It was a letter. Not results.

"We are writing to you because based on a preliminary review, there appears to be substantial evidence that your scores ... are invalid," it said. "Our preliminary concerns are based on substantial agreement between your answers on one or more scored sections of the test and those of other test takers. The anomalies noted above raise concerns about the validity of your scores."

'I did not cheat'

Campbell felt like she was being accused of cheating and she wants to know why she cannot get her new score.

She believes her second total score was flagged because it was so much better than her first.

Campbell called the company, she said, and a representative told her she had a combined 1230 from the reading, writing and language, math and essay sections on her second effort. A score of 1600 is perfect.

"I did not cheat. I studied, and I focused to achieve my dream," she told reporters Wednesday. "I worked so hard and did everything I could do."

A score is never flagged for review solely on score gains, said Zach Goldberg, a spokesman for The College Board, the company that conducts the SAT. Indeed, score gains are celebrated.

But scores may be flagged for a number of reasons, including testing sheets having similar answers or an incident occurring at the testing site, he said. Goldberg could not say how many tests have been flagged.

As for Campbell's case, "the letter never references score gains as a reason for her scores being under review," Goldberg added by email, noting he'd only discuss details the student already has made public.

'Trying to assassinate her character'

Prominent civil rights attorney Ben Crump, a Florida State graduate, got involved when other FSU alums asked him to help. He is steering Campbell and her mother through the process of demanding The College Board validate her score in time for her to be accepted into the Florida State dance program.

The company has two weeks to respond to a demand letter, he said at Wednesday's news conference. Reviews typically take four to six weeks, Goldberg said.

Crump reiterated that they believe the score is not being validated because Campbell improved 330 points.

The superintendent of the Miami-Dade school district also has asked The College Board for assurances the investigation will be quick, the district's chief spokeswoman said, calling the situation "disturbing."

"Although this is a test administered by a private entity, and not M-DCPS, we feel a moral obligation to intervene," Daisy Gonzalez-Diego said.

Campbell and Crump now are involved in The College Board's "consistent, established procedure to assess the validity of scores," Goldberg said by email. It includes "the opportunity to provide relevant information, which is used to help make determinations about the validity of the test scores following a complete investigation."

"At the end of the score validity process, we will only cancel scores if we are confident that there is substantial evidence to do so," Goldberg continued, without offering a time frame. "We never cancel scores on score gains alone."