A Brandon family has filed a formal complaint with Florida's Department of Business and Professional Regulation after they say their pet pig died a gruesome death.

BRANDON, Fla. —  A Brandon, Florida family has filed a formal complaint with Florida's Department of Business and Professional Regulation after they say their pet pig died a gruesome death.

The agency is in charge of regulating the license for different professions including cosmetologists, real estate agents and veterinarians.

Del Valle said Dr. Larry Britt of Roadrunner Veterinary offered to come to her home to do a routine surgery that included neutering the four-month-old pig. 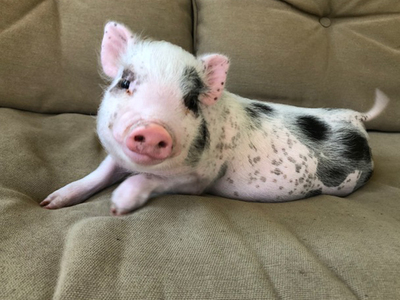 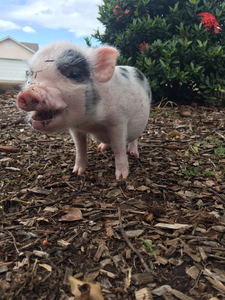 "A lot of people get this procedure done in their homes, because it's supposed to be very simple," she said, "he said himself 30 seconds and your done."

However, Del Valle said shortly after the procedure, she came to find a gruesome scene, "a massacre," she explained, "that's how I describe it to people, because that's what it was."

Del Valle alleges that Britt left her home with Tommy the pig and blood all over her pack porch.

"The blood was everywhere," she said.

We reached out to Dr. Britt at his office, and by phone, but we were told by a receptionist that he was on the road working. She said there are two sides to every story, but that Britt would not be calling us back.

We learned that Britt was on probation a second time.  Dr. Britt's vet license 10 years ago was investigated for letting another animal bleed to death.

Documents show that Britt reached a settlement again for probation and was told to do 10 hours of continuing education.

"I don't know how you could hurt a family so much and see how much you hurt us and not care," said Del Valle.

The Brandon woman says Britt offered to pay for Tommy's cremation but she declined.

Del Valle has filed a complaint with the licensing board, but we are waiting to hear from them about whether they plan to open an investigation.