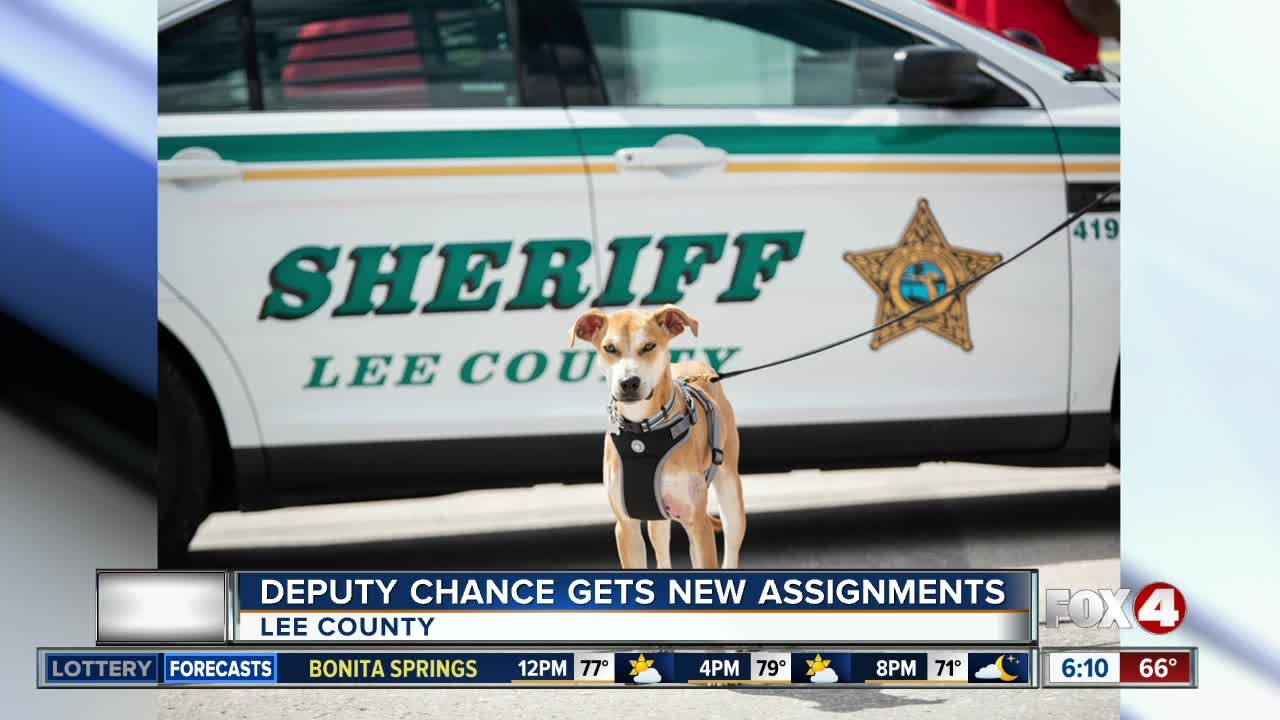 A Lehigh Acres dog is getting a second chance at life thanks to the Lee County Sheriff’s Office. 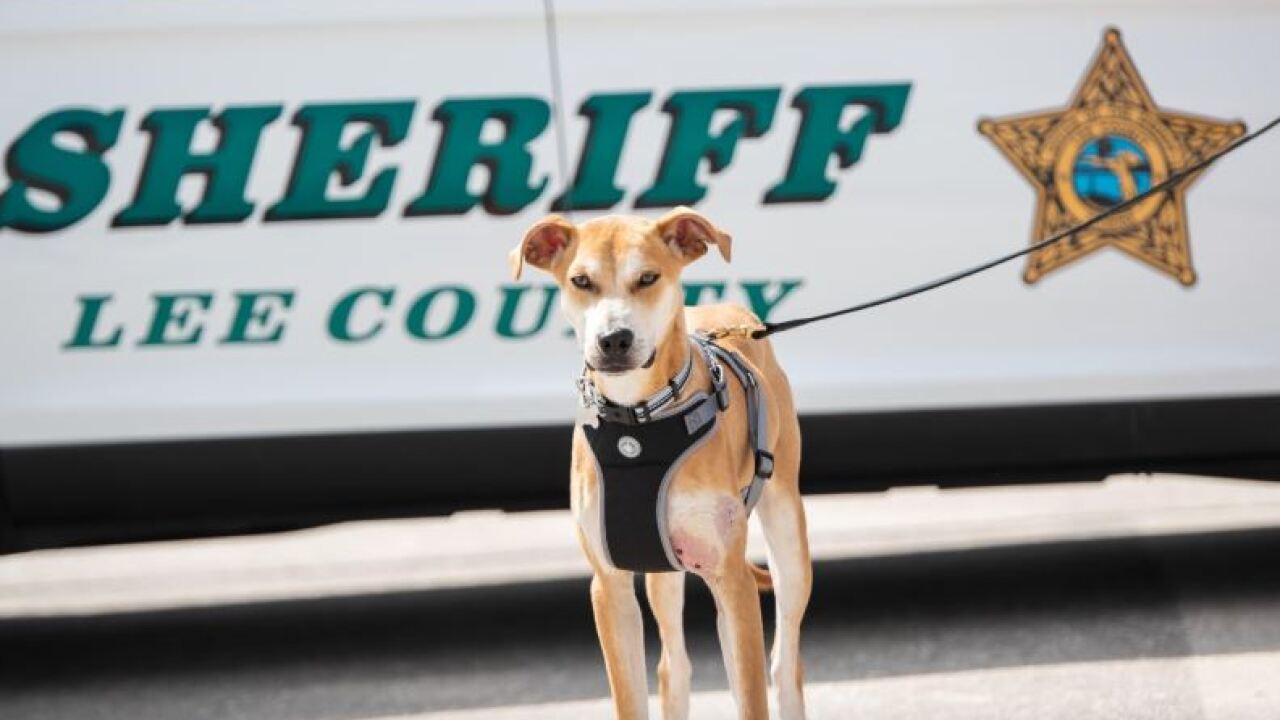 FORT MYERS, Florida — An abused Lehigh Acres dog is getting a second chance at life thanks to the Lee County Sheriff’s Office.

The newest member of the force is Deputy Chance.

Images of Chance went viral last month after he was found roaming in Lehigh Acres with his mouth taped shut .

LCSO says Chance was deputized on Thursday and completed his first assignments along with Sheriff Carmine Marceno over the weekend. They also mentioned he is recovering nicely and full of energy.

Although Chance reportedly described his first day on the job as "ruff".

Authorities are still looking for the person who taped chance's mouth, and there is a reward for any information that leads to locating them.

Anyone with information is asked to call Lee County Sheriff's Office or Southwest Florida Crime Stoppers .

And LCSO is standing firm on their zero tolerance policy when it comes to animal abuse. Several new billboards in Lee County feature Sheriff Marceno and read "Abuse an animal in Lee County, and you WILL go to jail."