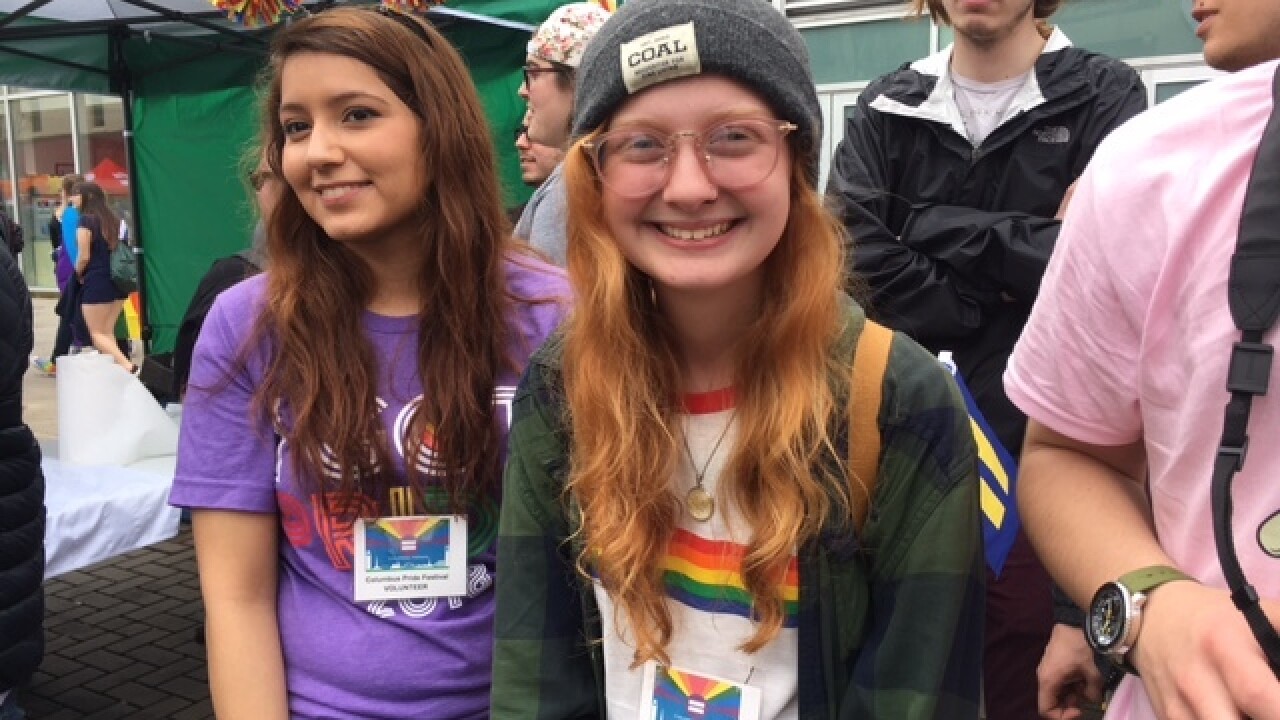 INDIANAPOLIS -- A splash of color painted the streets of Vice President Mike Pence's hometown of Columbus, Indiana on Saturday as the town hosted its first-ever Pride Festival.

The colorful event featured live music, food and even a drag competition.

This small town festival made big news because hometown boy, Vice President Mike Pence is known for being a conservative Christian who signed the 2015 religious protections law that created a legal defense for businesses that objected to serving LGBTQ customers.

Columbus High School senior Erin Bailey, 18, came up with the idea and helped bring it to life. She said she hopes that Columbus Pride helps make the town a more welcoming place for everyone.

"We've never had anything like this in Columbus and were such a town with diversity and we have such a great community," said Bailey. "I thought that I should do something like this for it."

Vice President Pence has weighed in on the festival in his hometown, commending Bailey for her activism and engagement in the civic process.