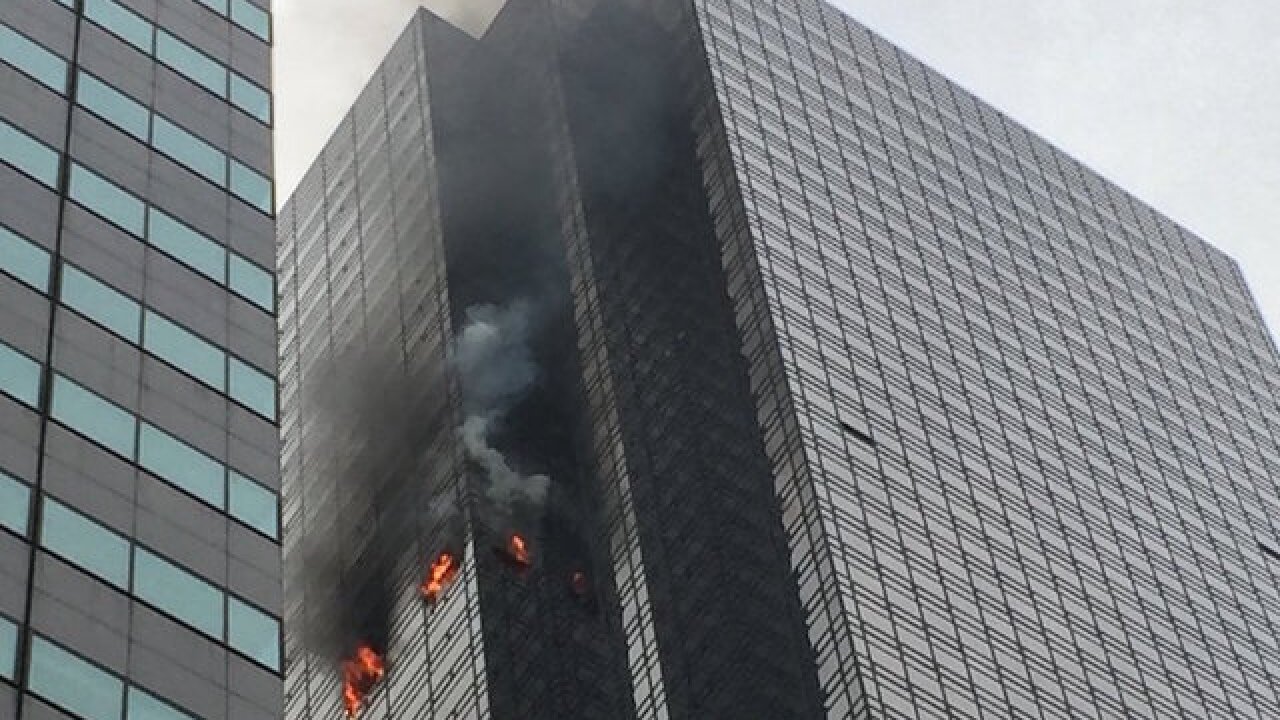 Image copyright 2018 Getty Images. All rights reserved. This material may not be published, broadcast, rewritten, or redistributed.
FDNY
<p>Fire at 50th floor at Trump Tower.</p>

Police identified the man killed as Todd Brassner, 67, a resident of the building's 50th floor. He was taken to the hospital in critical condition but later died, said spokeswoman Angelica Conroy of the Fire Department.

Brassner was unconscious and unresponsive when firefighters pulled him out, the New York Police Department said. The medical examiner's office will determine the cause of death.

The fire was contained to the 50th floor of the tower, located on Fifth Avenue in New York. It was ruled under control around 9 p.m., two hours after it was originally reported, the FDNY tweeted.

No members of the Trump family were at the tower during the fire, Fire Commissioner Daniel Nigro said.

Before news of the death, President Donald Trump congratulated firefighters and tweeted that the fire was out and "very confined" in the "well built building."

His son, Eric Trump, also congratulated the firefighters before news of the death, saying "the @FDNY and @NYPD are truly some of the most incredible people anywhere!"

The fire at Trump Tower comes three months after a minor fire broke out in a cooling tower on the roof of the building, according to CNN affiliate WCBS-TV. Two people were injured in the fire, which officials said may have been caused by electrical heaters inside the cooling tower.