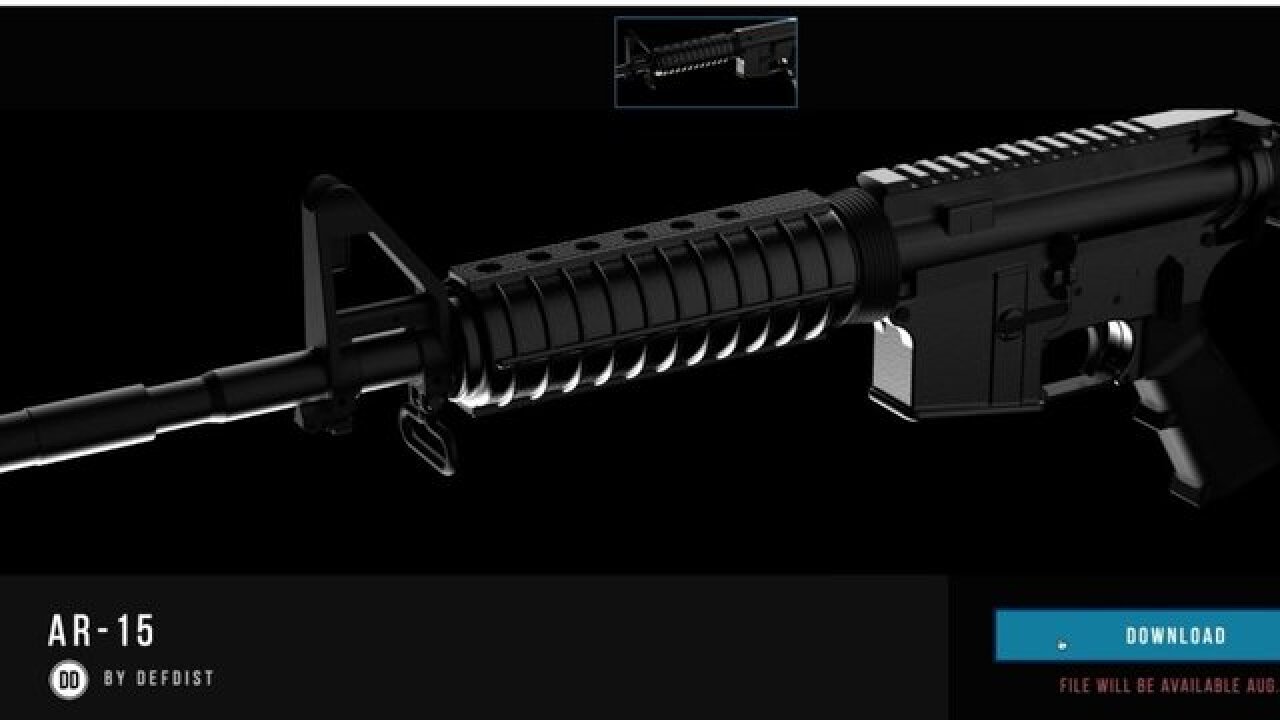 A federal judge in Seattle granted a motion for a preliminary injunction on Monday that blocks a Texas man from releasing downloadable blueprints for 3D-printed guns until the litigation is resolved, according to court documents obtained by CNN.

Judge Robert S. Lasnik of the US District Court for Western Washington extended an earlier temporary restraining order, which will now remain in place until the case is resolved, the court documents state.

"The Court finds that the irreparable burdens on the private defendants' First Amendment rights are dwarfed by the irreparable harms the States are likely to suffer if the existing restrictions are withdrawn and that, overall, the public interest strongly supports maintaining the status quo through the pendency of this litigation," Lasnik wrote in the ruling.

The ruling comes as part of a years-long battle between the federal government and Defense Distributed, an organization that in 2013 posted designs for a 3D-printed handgun called the Liberator. The pistol was made out of ABS plastic, the same material used in Lego blocks, and could be made on a 3D printer.

The US government ordered him to take the blueprints down that year, and the company's founder Cody Wilson sued the government in 2015. The Trump administration settled the case in June, and the 3D weapon blueprints were scheduled to be posted online August 1.

However, Washington state and other states sued to block the release of the blueprints that day. Judge Lasnik sided with the states and temporarily blocked the settlement, although more than 1,000 people downloaded the designs before the judge's decision.

Defense Distributed took down the plans after the temporary restraining order, and a note on the website DEFCAD explained the reasoning.

"This site, after legally committing its files to the public domain through a license from the US Department of State, has been ordered shut down by a federal judge in the Western District of Washington," the website DEFCAD.com says.