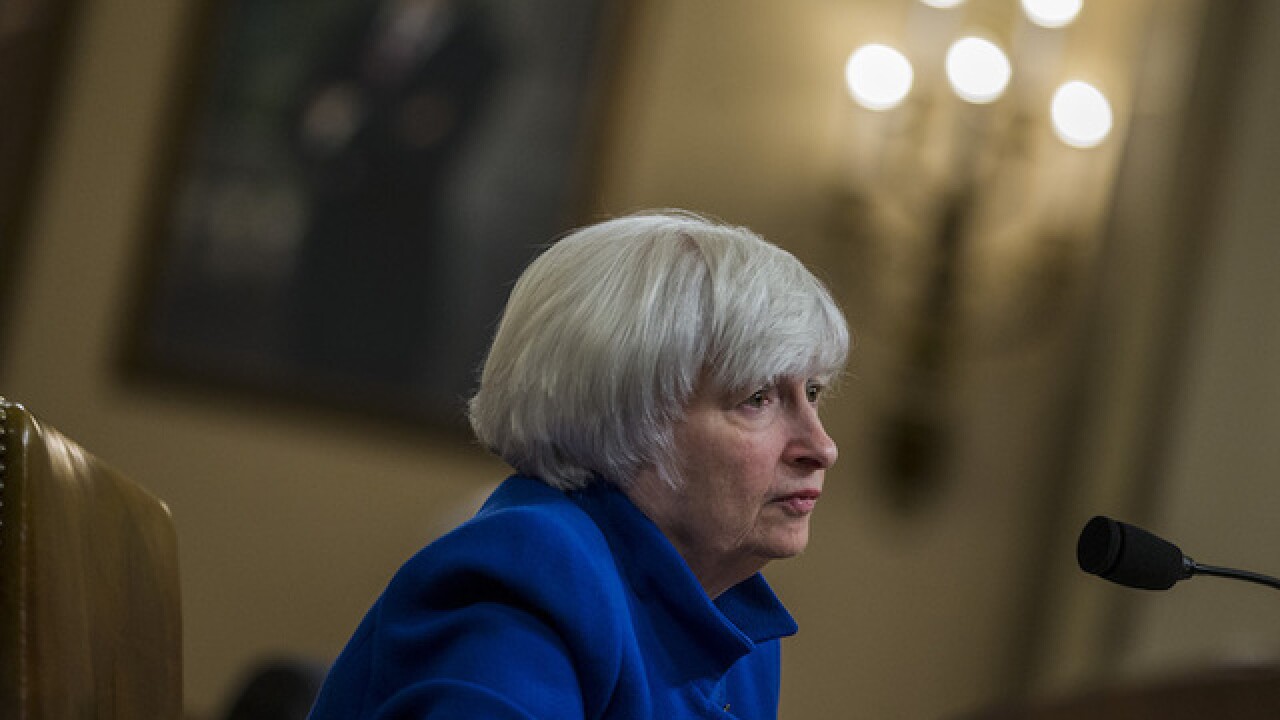 There will likely be one more rate hike from the Federal Reserve in 2017 before chairwoman Janet Yellen steps down.

The Fed is almost certain to deliver a third rate increase at its final two-day Federal Open Market Committee meeting of the year, which concludes on Wednesday. Policymakers have signaled such a move would be likely, citing a strengthening U.S. economy and a declining unemployment rate.

"Fed rhetoric has made it clear that a December rate hike is viewed as appropriate well in advance of any vote that may take place; in other words, the rate hike was predetermined some time ago," David Bloom, global head of FX Research for HSBC wrote in a note to clients.

The federal funds rate, which helps to determine rates for mortgages, credit cards and other borrowing, is in a range of 1% to 1.25%. Analysts expect the Fed to raise the rate by 25 basis points.

Since the 2008 financial crisis, the U.S. central bank has only raised interest rates five times. More recently, amid signs of a gradually improving economy, it has also begun unwinding the massive fiscal stimulus it put into place following the recession.

Led by Yellen, the Fed has worked patiently to maintain economic growth at a steady pace. It has also kept a watchful eye on inflation, which has continued to run below its target of 2%.

All eyes will be looking for clues on what policy makers will forecast for 2018 and beyond during Yellen's final press conference Wednesday.

President Trump nominated Fed governor Jerome Powell in November to take over when Yellen ends her four-year term on February 3. It's largely expected that Powell will stick to a similar playbook as his predecessor, who was named to the post by President Barack Obama. Yellen was the first woman to serve in the role.

In September, the Fed predicted it would raise rates three more times in 2018, and then twice again in 2019. But some Wall Street analysts are expecting the Fed to pencil in at least one more rate increase for both years.

One complicating factor for policymakers: tax reform. There's already a keen interest by analysts to see how the Fed may account for the Trump administration's tax reform package, which also aims to stimulate economic growth.

"FOMC participants appear not to have fully accounted for the effect of tax cuts on the economy," Jan Hatzius, a Goldman Sachs analyst wrote in a note to clients. "Past precedent suggests that Fed staff and FOMC participants will likely update their projections... to at least partially reflect the impact of tax reform, though the full impact -- especially on the interest rate projections -- will likely have to wait."

Top Fed officials, including Powell, have cautiously refrained from airing their views on the possible implications tax reform would have on the U.S. economy.

At last month's confirmation hearing, Powell told members of the Senate Banking Committee the Fed had not undertaken its own economic analysis of the tax bills that have now been passed by the House and Senate. Instead, he said policy makers planned to wait to make their assessment until after a bill was signed by the president.

Jaret Seiberg, an analyst at Cowen Washington Research Group, said an "early challenge" for Powell, if he's confirmed by the Senate, will be whether to raise rates faster should the tax bill prove to deliver a big stimulus to the economy.

"We suspect Powell would be willing to hike rates more quickly than expected if he sees the tax bill leading to inflation," Seiberg wrote in a note to clients.

Some Fed officials, like New York Federal Reserve Bank President William Dudley, have cautioned against injecting additional stimulus through tax cuts, when the economy is already growing at a pace that is likely to increase inflation over time.

Other observers will also be looking to see whether Yellen will offer clear support for a Senate bill to amend the 2010 Dodd-Frank Act, which would raise the threshold at which banks are labeled "too big to fail" from $50 billion in assets to $250 billion.

"We think Yellen could be mildly supportive of the legislation, which could help the bill's chances and boost banks stocks," wrote Brian Gardner, a policy analyst with Keefe, Bruyette & Woods, in a note to clients.