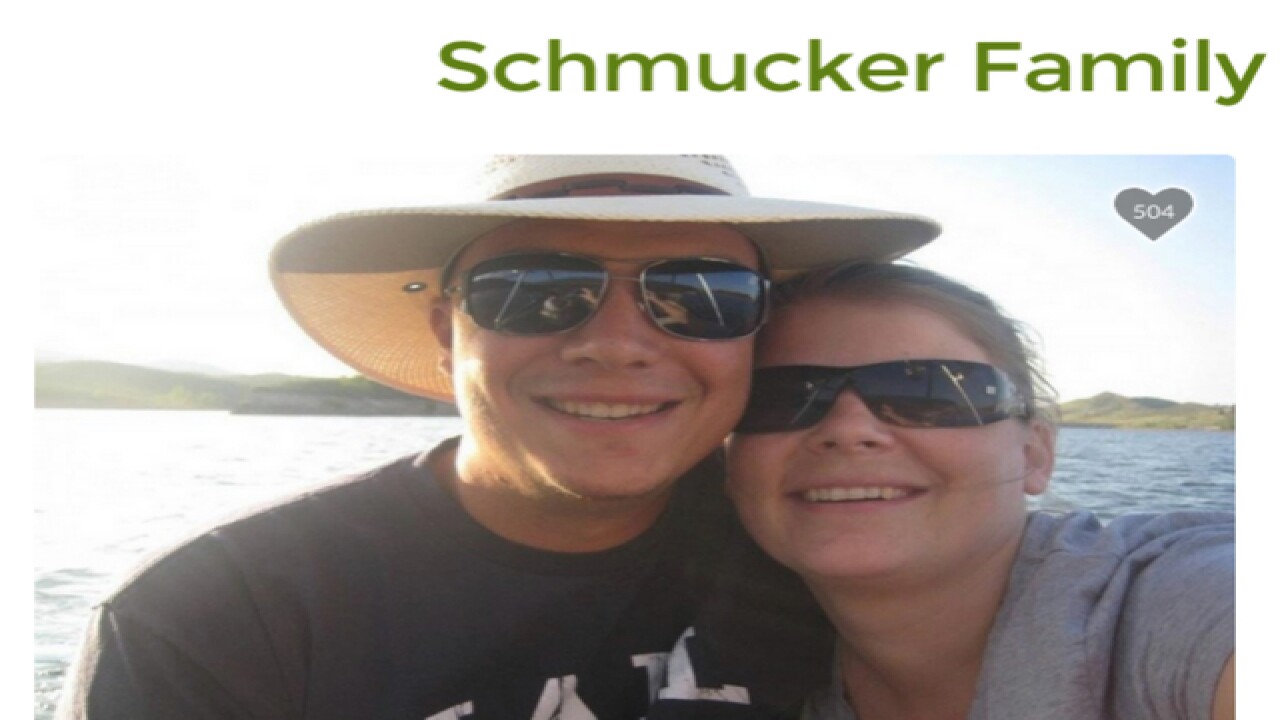 A father died in a crash while driving his pregnant wife to the hospital, according to a GoFundMe page set up for the family.

Tony Schmucker was driving his wife, Jill, to the hospital Wednesday when the SUV went off the road, the Coloradoan reported. The SUV went down an embankment and hit a boulder and a tree.

"He died trying to ensure the safe arrival of his son," Aaron Schmucker said.

Both parents were unconscious after the crash and their oldest son, Ryder, called 911, according to Tony Schmucker's brother Aaron. The couple's second son, Rolie, was also in the vehicle.

Aaron Schmucker said he believes Ryder saved the lives of his mother and his younger brothers.

She suffered a broken back in the crash but is expected to make a full recovery, according to the Coloradoan.

People had donated more than $40,000 to the family though the GoFundMe page as of Monday morning.