Falling for phone scams could be an early sign of dementia, study says 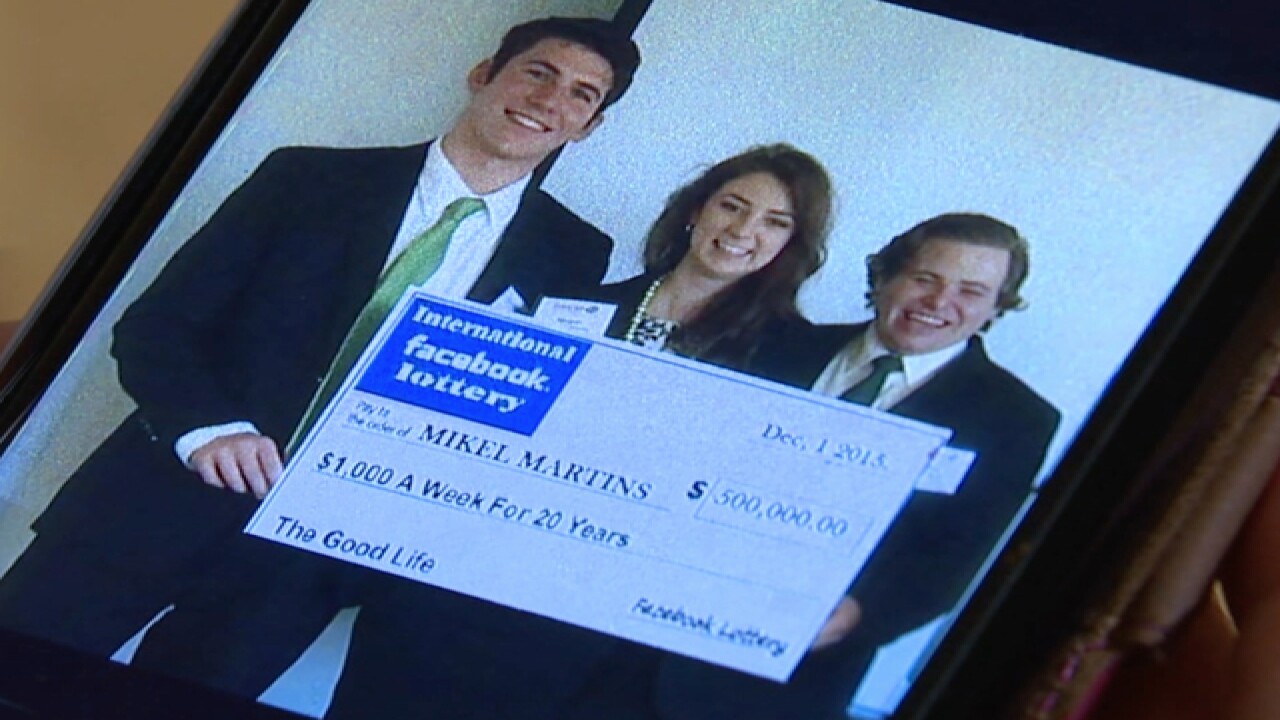 The woman lives alone, but she's rarely lonely. Friends stop by most mornings, and a niece looks in weekly. Still, most of her afternoons and evenings are spent sitting in her chair, looking at the clouds and sky through a picture window. The caller sounded nice.

"Good afternoon," he said in a cheery voice, asking whether he could use her first name. She couldn't remember entering the sweepstakes, but he assured her that she had and that it didn't matter: What matters, he said, is that she'd won. "And what you've won is a unique investment opportunity," he explained. If she sent $200, she'd receive $2,000 in return -- 10 times return on investment.

"She transferred $200 from her bank to them, and it just kept escalating, and they started calling her daily," said Dr. Angela Sanford, who practices geriatric medicine at St. Louis University Hospital. "She was probably $10,000 or $12,000 in before the niece became aware."

Sanford's patient, who was later diagnosed with mild cognitive impairment, had not scored "super low" on memory tests, she said: The problem in her brain affected not the patient's ability to remember but her ability to judge.

Every year, $3 billion is stolen or defrauded from millions of seniors, according to the US Department of Justice. Sometimes, good judgment amounts to hanging up the phone: Older adults who find it difficult to end a conversation with bogus telemarketers may be at risk for dementia, new research suggests.

Within a large group of older people showing no signs of dementia, those with little to no awareness of possible telephone fraud proved to be at higher risk for mild cognitive decline and, in some cases, Alzheimer's disease compared with those with a greater consciousness of potential cons, according to the study, published Monday in the journal Annals of Internal Medicine .

Patricia Boyle , lead author of the study and a neurological psychologist at Rush University's Alzheimer's Disease Center, said the research "adds to our understanding of elder fraud in general. This work would suggest that, in fact, many cognitively intact older people also may be at risk of financial and other forms of fraud and abuse and really sheds new light on the scope of this problem."

Potential "marks" may not be so obvious, Boyle and her colleagues hypothesized: Easily swindled seniors may not be only those who are obviously forgetful or confused.

To test this theory, the researchers enlisted 935 older people in the Chicago area who had not been diagnosed with dementia.

To begin, participants completed a "scam awareness questionnaire" consisting of five statements: "I answer the telephone whenever it rings, even if I do not know who is calling." "I have difficulty ending a telephone call, even if the caller is a telemarketer, someone I do not know, or someone I did not wish to call me." "If something sounds too good to be true, it usually is." "Persons older than 65 [years old] are often targeted by con artists." "When telemarketers call me, I usually listen to what they have to say."

Annually, participants also completed traditional neuropsychological tests over the course of the study (about six years, on average). The 264 participants who died during the study period underwent a brain autopsy, a postmortem exam of their brains for signs of disease.

The researchers found that participants who showed low scam awareness at the study's start had higher risk for Alzheimer's, dementia or mild cognitive impairment. Low scores on the fraud consciousness test were also associated with symptoms of Alzheimer's disease in the postmortem brain, particularly beta amyloid plaque, as evidenced by autopsies.

"Social cognition -- social judgment -- involves a diverse array of functions," Boyle said. This "complicated behavior involves and integrates multiple different abilities, including cognition, including emotion regulation, including making inferences and perceptions about others' behavior as well as of course regulating one's own impulses." The ability to discern whether someone is trustworthy is one example of social cognition.

"Because it's a complex behavior, it likely involves distributed brain networks to support it," Boyle said. A growing body of work shows that poor financial decision-making or deficiencies in complex daily living tasks -- aspects of social cognition -- may occur before the appearance of obvious cognitive symptoms such as memory loss, she said.

Neither Sanford nor her patient was involved in the new study, but she said the research is "interesting" and can be used to argue for more screening of mild cognitive impairment in seniors.

"We don't do it enough screening in this country, and we don't have any guidelines that tell [physicians] to do it," she said. "A lot of these patients are not diagnosed, and bad things, such as scams, happen before we are aware of it."

With many doctors, a screening test is not administered until someone comes in and talks about memory trouble, she explained. "In geriatrics, we argue for universal screenings," she said.

"We find that dementia and cognitive impairment are much more prevalent in the general population than most people are aware of," she said. Based on her own study of adults over 65 in St. Louis and a rural clinic, she found that "28% of the 10,288 people we screened met the criteria for dementia. This increased with age, and it was a higher percentage in urban areas." She theorizes that the higher rates in urban areas is based on lower education and socioeconomic levels in inner cities.

Several of Sanford's patients have fallen victim to financial scams, she said. "That's what indicates to the family that there's something going on here, and I cringe, thinking, 'This could have been preventable.' "

With the woman who thought she'd won a sweepstakes, the police became involved and found that someone overseas was making the phone calls. "The niece ended up having to change the phone number three times. They just kept finding her number; they even contacted her on Facebook," Sanford said.

The woman scored high on memory tests, but the pathological changes in her brain affected her judgment, Sanford said.

Boyle said that "advice for families is always to remain vigilant about the problem of elder fraud." She recommends the websites of the Financial Industry Regulatory Authority and AARP as offering helpful tips and guidance to seniors and their loved ones. AARP, for example, describes scams in which people pose as IRS agents.

"Look out for fraudsters and their tactics. Get a sense of the most likely scams that are ongoing at the time," Boyle said.

Sanford said that early screening for cognitive impairment can lead to early awareness of a problem and can be helpful to both physicians and families.

"Banks will send out text messages to families when the debit card is being used. Or they can set limits," she said. "So there are different ways to safeguard against some of these scams. And these kinds of things can be put in place earlier on, before the crisis occurs."