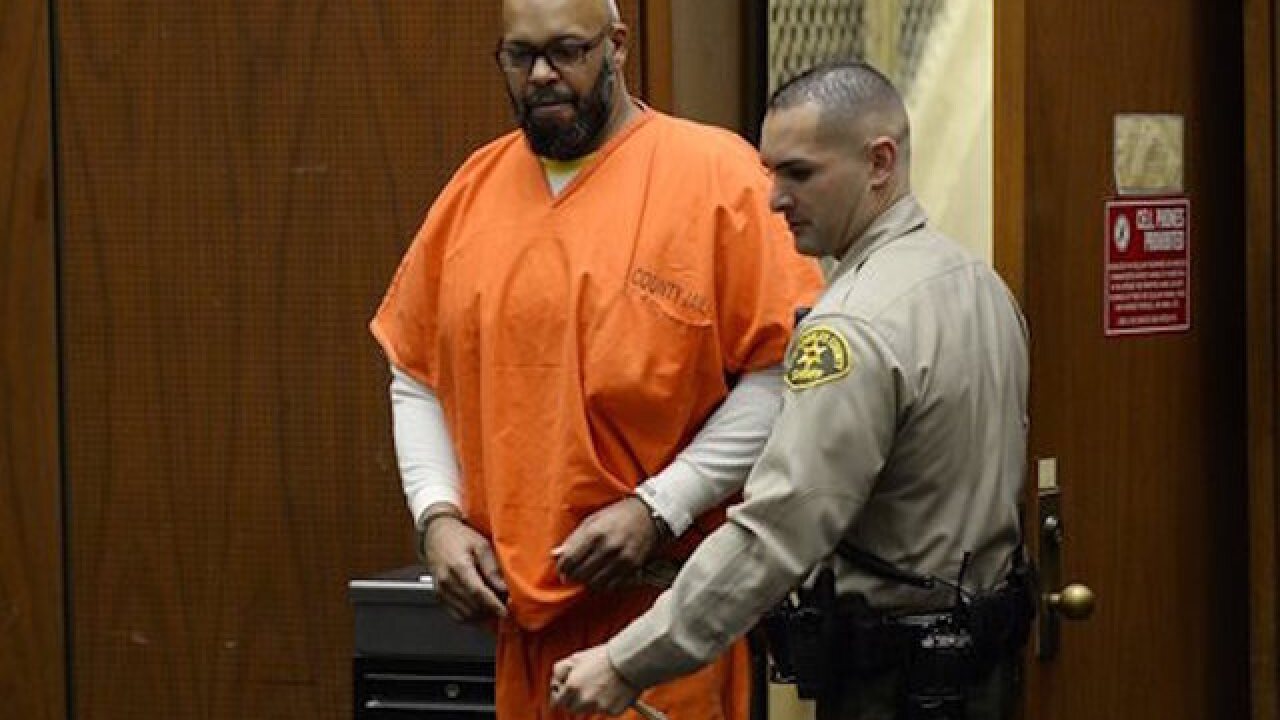 Kevork Djansezian
<p>FILE - In this April 30, 2015 file photo, Marion "Suge" Knight is escorted into court for his arraignment on murder charges in Los Angeles. Court records show a Los Angeles judge on Friday, Jan. 29, 2016, cut off Knight's access to phone calls, visitors and mail from anyone except his attorneys at the request of sheriff's investigators. (Kevork Djansezian/Pool Photo via AP, File )</p>

Court records show Los Angeles Superior Court Judge William C. Ryan on Friday cut Knight's access to phone calls and non-attorney visitors. The order was issued at the request of a sheriff's detective investigating Knight's murder case, in which he is charged with running over two men, killing one, outside a Compton burger stand in January 2015.

Details about what prompted the order to restrict Knight's access to visitors are under seal. Knight's attorney, Thaddeus Culpepper, did not immediately return phone and email messages seeking comment.

The order came a week after Knight reshuffled his legal team for the fifth time, dropping criminal defense lawyer Thomas Mesereau and enlisting the services of former prosecutor Stephen Schwartz. No details for the change have been given in open court. Culpepper was designated lead counsel on the case at the time.

Sheriff's officials had no comment on the change in Knight's jail accommodations.

Knight ran over two men outside a Compton, California, burger stand in late January 2015, killing one and seriously injuring the other. He later turned himself in to police, and his attorneys have contended that he was fleeing armed attackers when he ran over the men.

He is being held on $10 million bail and has pleaded not guilty. Sheriff's officials first asked for Knight's access to all non-attorney visitors to be restricted in March 2015, and Coen approved the restrictions.

Since then, Knight had steadily regained access to several other visitors. Court records indicate Coen allowed Knight visits from his parents, seven of his children, two spiritual advisers, 11 attorneys, a bail bond agent and any notary public.

Under the new order, Knight loses all mail, phone and visitation privileges from everyone except his attorneys, Culpepper and Schwartz, and they are only allowed to visit him outside regular visiting hours. While Knight can speak by telephone with his attorneys, Ryan's order states Knight's lawyers cannot conduct a conference call or transfer the call to anyone else.

Knight, 50, was a key player in the gangster rap scene that flourished in the 1990s, and his Death Row Records label once listed Dr. Dre, Tupac Shakur and Snoop Dogg among its artists. He lost control of the company after it was forced into bankruptcy.

He faces potential life sentences if convicted in either case because of prior convictions for armed robbery and assault with a gun.