Everyone has likely been swaddled in this iconic baby blanket, it comes from one Illinois company

Newborn baby blanket for the ages 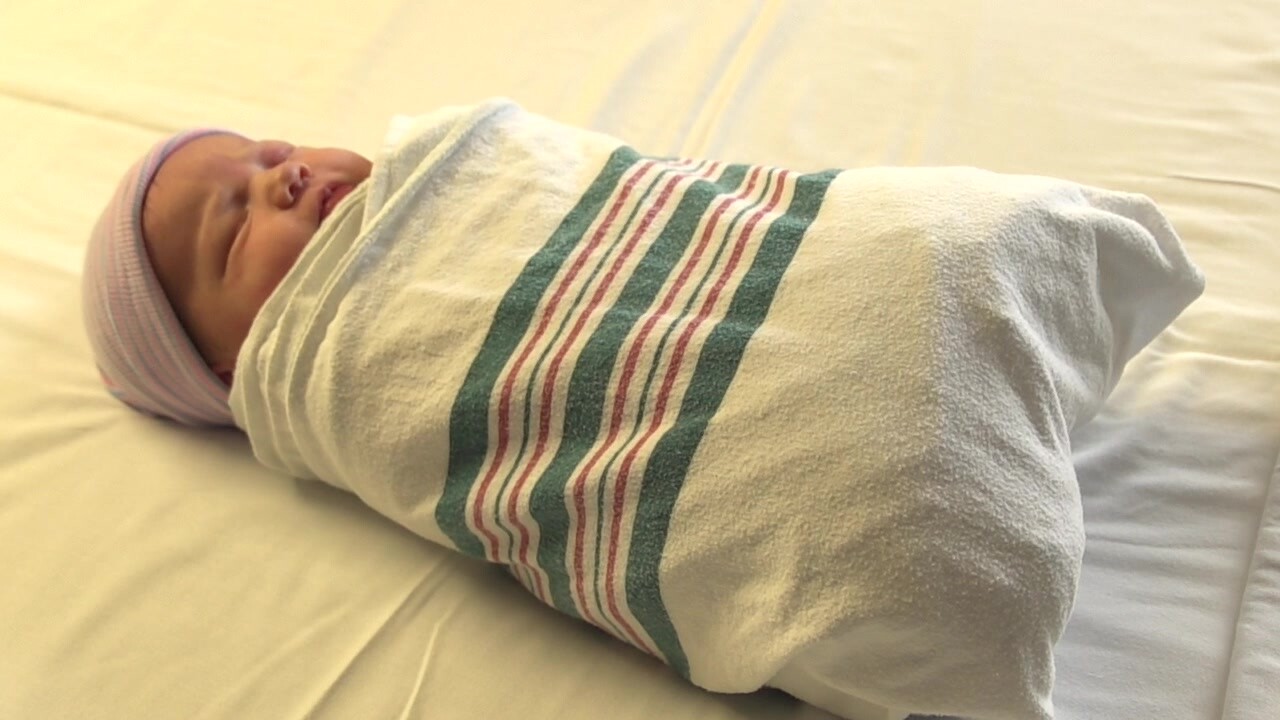 Northfield, Ill. — If you’ve ever visited a maternity ward or even had a baby yourself, you’re probably familiar with the soft, cotton blankets used in hospitals across the country.

The iconic receiving blankets used to swaddle newborns are almost like a uniform. What is lesser known is that they originate in the same place.

“She’s content as long as she's fed and clean and nice and warm,” Berry says.

For newborns like Lauren, there’s nothing like being wrapped tightly in a cozy blanket. And for Berry, it’s a familiar sight.

“We have a 2-year-old and she has the exact same blanket at home,” the new mom says.

And, surprisingly, so do millions of other babies. The pink and blue striped hospital wrap known as the Kuddle-Up blanket is ubiquitous and it’s been produced by the same company since the 1960s — Medline Industries.

The simple design was meant to have broad appeal.

“It was just one of those things that they ... (wanted to) make sure that it's very simple and gender neutral and a stripe was the easiest, most simple way to do that,” explains Teri Burke, director of patient apparel at Northfield, Illinois-based Medline Industries.

They first introduced the blankets in the late 1960s as hospital births were on the rise. Since then, little has changed. Not even the color scheme.

“They have not. Same old, same colors, the same spacing between the stripes. We have specs that outline that exact design," Burke says. "So, they fundamentally have not changed."

Medline Industries sells nearly 2 million Kuddle-Up blankets a year and estimates that one in four babies is swaddled in it.

“We have several infant blankets, but this is by far the most popular and the most iconic,” Burke says.

For the Berrys, the iconic blanket is a familiar reminder that they’ve been through this before.

"There absolutely has to be some psychological type of comfort when you see the children wrapped in that same blanket," Scott Berry says.

And while the 30-by-40-inch blanket is perfect for swaddling newborns, Medline says it isn’t available for big babies just yet.