Even though a massive fire at a Texas chemical plant is out, residents can't leave their homes 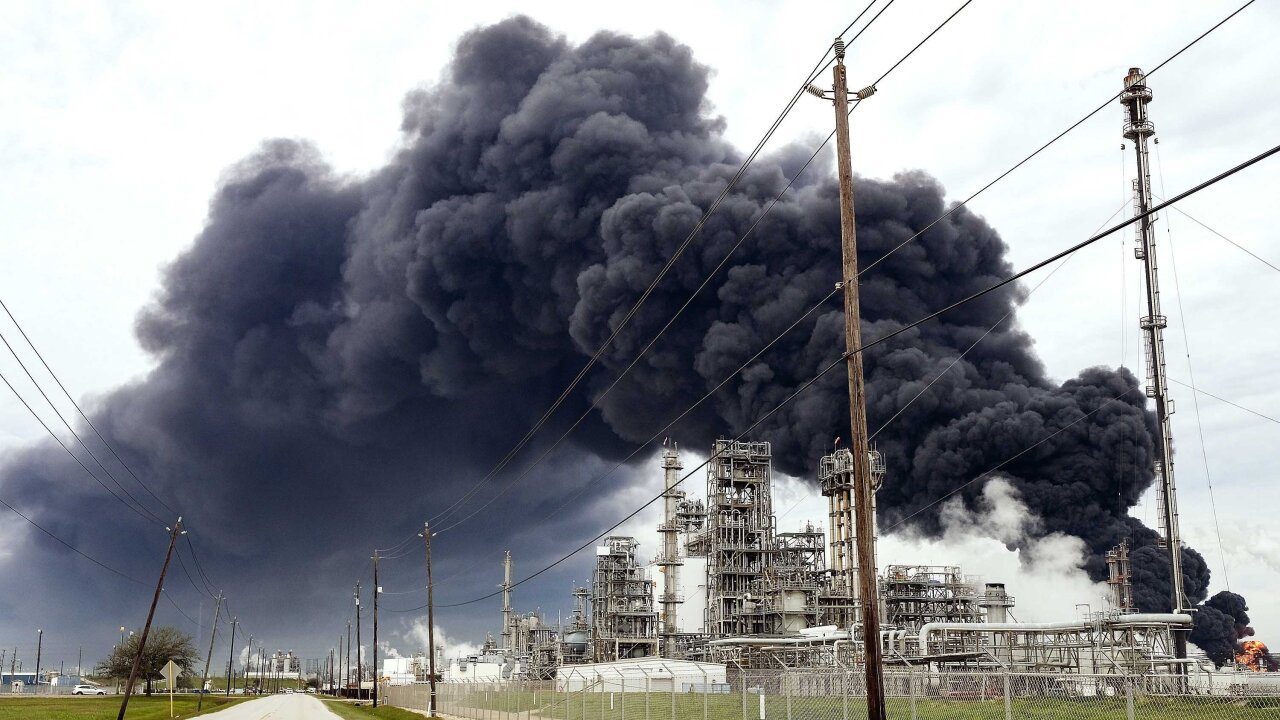 DEER PARK, Texas — A massive chemical fire that filled the sky with smoke and flames for days in southeast Texas has finally been snuffed out. But its effects could still be dangerous.

The city of Deer Park announced a shelter-in-place order Thursday morning due to concerns about "levels of benzene or other volatile organic compounds within city limits."

At least six area school districts have canceled classes Thursday, a day after the flames were extinguished.

"These levels are below those that represent an immediate risk," ITC said.

"We have notified the surrounding municipalities, and out of an abundance of caution, Deer Park Emergency Operations Center has called for shelter in place precautions immediately for all of Deer Park."

The neighboring city of Galena Park also issued a shelter-in-place order due to the elevated benzene levels, according to an alert on the city's official website. "We are actively monitoring the air quality and will continue to monitor the situation at ITC in Deer Park," Galena Park Mayor Esmeralda Moya noted in the alert.

Acute exposure to benzene can cause headaches, dizziness or loss of consciousness, the World Health Organization says. Chronic exposure can lead to cancer.

Harris County Judge Lina Hidalgo said at a news conference Thursday the benzene escaped through the foam that was sprayed to blanket the tanks and put out the flames.

"There's not much wind right now, so it's keeping the product in the area," Hidalgo told reporters. "We are focused on maintaining the foam blanket until we can get to a point where we feel confident that the situation is under control."

Hidalgo said that the possibility of vapor escaping from the foam blanket was something they accounted for, and plans were already in place when they received the elevated benzene readings. "We caught benzene vapor immediately early this morning, and our plan was activated and executed as designed," she said.

The Texas National Guard's 6th Civil Support Team, in partnership with local and county hazardous materials teams, have also set up two perimeters around the ITC facility to identify and analyze air quality readings in real time, according to Hidalgo.

ITC said responders "are working actively to reduce the cause that may be responsible for the elevated readings" of benzene.

The fire burned over four days at an ITC petrochemical plant in suburban Houston. It was finally extinguished Wednesday.

It began in a single tank Sunday afternoon and quickly spread to a second tank, the company said.

By Tuesday, seven tanks were burning. The tanks contained chemicals that go into making gasoline, including xylene, naptha and pyrolysis gasoline, known as Pygas.

No serious injuries have been reported. The cause of the blaze is still under investigation.