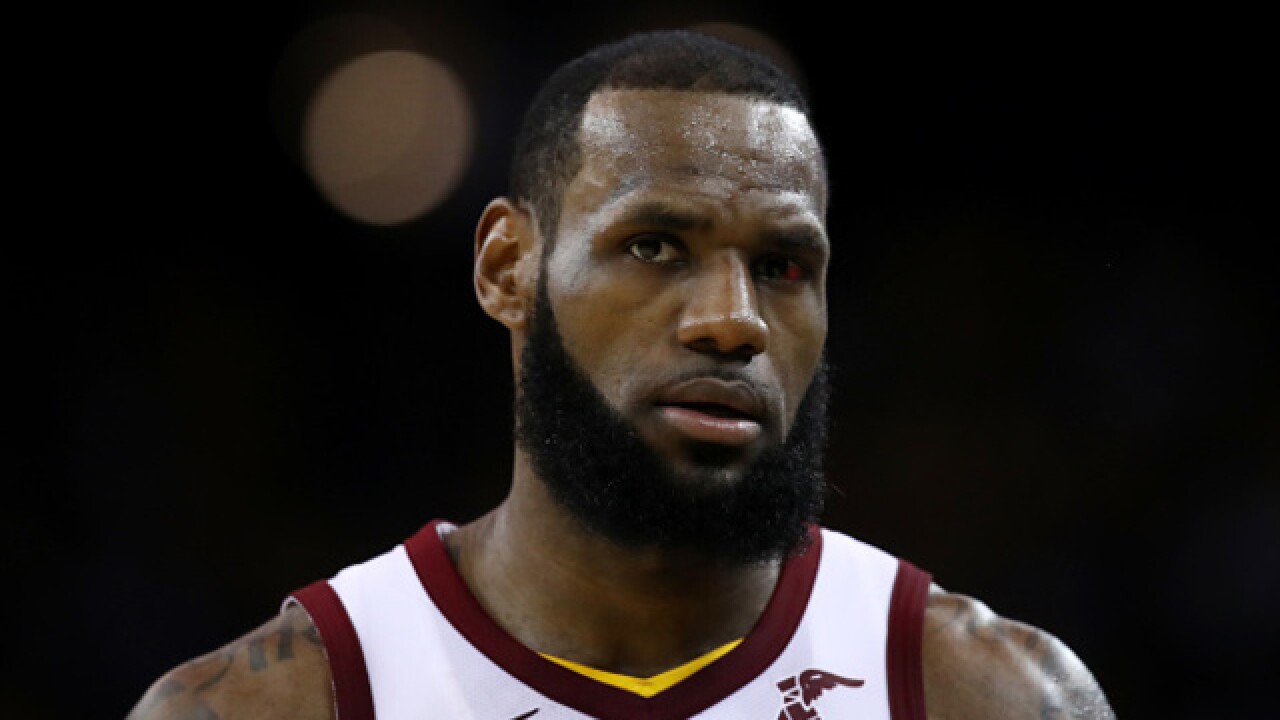 Image copyright 2018 Getty Images. All rights reserved. This material may not be published, broadcast, rewritten, or redistributed.
Ezra Shaw
<p>OAKLAND, CA - JUNE 03: LeBron James #23 of the Cleveland Cavaliers reacts against the Golden State Warriors in Game 2 of the 2018 NBA Finals at ORACLE Arena on June 3, 2018 in Oakland, California. NOTE TO USER: User expressly acknowledges and agrees that, by downloading and or using this photograph, User is consenting to the terms and conditions of the Getty Images License Agreement. (Photo by Ezra Shaw/Getty Images)</p>

If you were watching LeBron James in Game 2 of the NBA Finals, it was hard to look away from the bloody eye that he sustained after Draymond Green poked him in the eye in the first half of Game 1.

During the postgame press conference, James told reporters that his eye wasn't going to keep him out of the game.

"I'll be in uniform, and I'll continue to try to make plays and help our team be successful and try to get one up on the board," said James.

James, who's known to always FaceTime with his daughter Zhuri while he is out on the road, said his daughter wasn't a fan of his bloody eye.

Even LeBron's daughter is weirded out by her dad's bloody eye. pic.twitter.com/rqoZaoQijj

"Yeah, she didn't like the FaceTime that we had earlier. She was a little weirded out about it. But I'll be fine. So everything's good. Appreciate it.