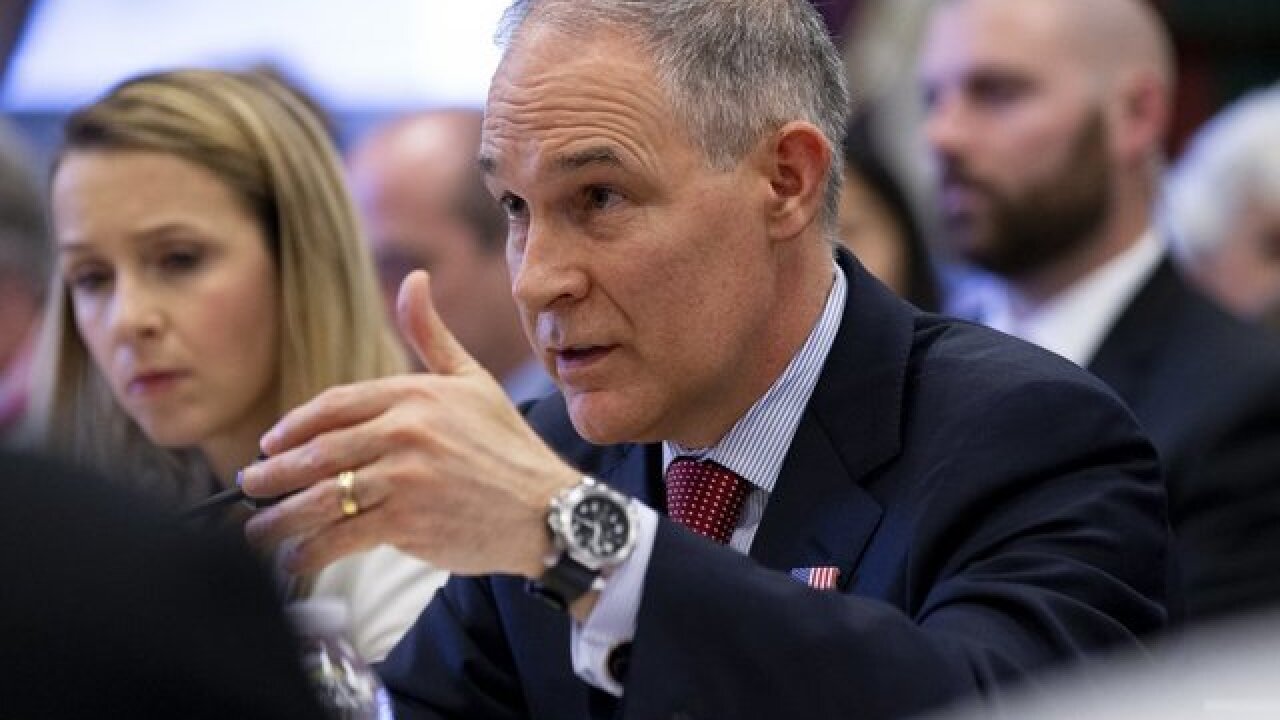 A close aide to Scott Pruitt last year ordered a set of 12 fountain pens that cost the Environmental Protection Agency $1,560, according to agency documents.

Each $130 silver pen bore the agency's seal and Administrator Pruitt's signature, according to the documents, which were obtained by the Sierra Club through a Freedom of Information Act request.

The order from the Washington shop  Tiny Jewel Box  also included a set of journals that cost $1,670.

An agency spokesman did not respond to a request for comment from CNN. But spokesman Jahan Wilcox told  The Washington Post , which first reported the pen purchase, they were similar to purchases made by Pruitt's predecessors "for the purpose of serving as gifts to the Administrator's foreign counterparts and dignitaries upon his meeting with them."

The purchase stands out not only for the cost but also because it was approved by a close aide who Pruitt described in congressional testimony last month as "longtime friend."

Pruitt has sought to distance from the agency's controversial spending, including a $43,000 phone booth in his office. He has recently blamed some purchases on "decisions made by career staff," as he told the  Washington Free Beacon , a conservative publication, this week.

Pruitt's actions are currently under scrutiny by investigators at the EPA inspector general, the Government Accountability Office and Congress. At least 12 investigations have been opened.

Other emails released by the agency and obtained by the Sierra Club show the same aide working on  Pruitt's apartment search during work hours . In her first year on the job at EPA, she received two raises that boosted her pay by 72%.