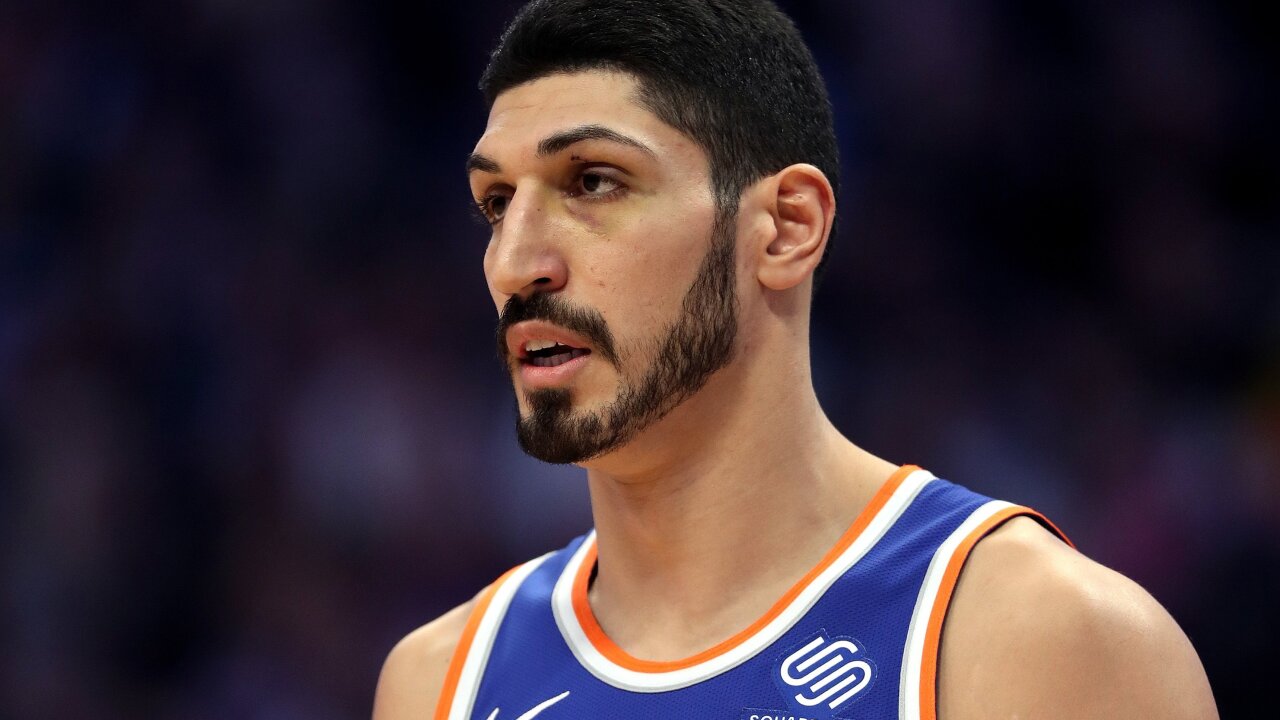 (CNN) -- He should be playing for his New York Knicks in London this month but center Enes Kanter says he will not travel for fear of assassination.

The Turkish native is a critic of President Recep Tayyip Erdogan and fears for his life should he make the trip to face the Washington Wizards on January 17.

"Sadly, I'm not going because of that freaking lunatic, the Turkish president," Kanter said following the Knicks' win against the Los Angeles Lakers Friday night, according to ESPN . "There's a chance that I can get killed out there."

"It's pretty sad that just all this stuff affects my career in basketball, because I want to be out there helping my team win," the 26-year-old player added. "But just because of that one lunatic guy, one maniac or dictator, I can't even go out there and just do my job. So it's pretty sad."

"They got a lot of spies there," Kanter said when asked if he really believed he could be killed traveling to London. "I can get killed pretty easy."

A Knicks official said Kanter was not traveling to London because of a visa issue, The New York Times reported.

CNN has reached out to Turkey's Ministry of Foreign Affairs for comment.

In May 2017, while he was playing for the Oklahoma City Thunder, Kanter was stopped in a Romanian airport after the Turkish embassy canceled his passport . He arrived back in the US a day later.

Kanter said on social media he believed the move was a consequence of his political views and criticism of Erdogan, who he has called "the Hitler of our century."

The following month Kanter's father was detained by the Turkish government because of his son's political views, Kanter said.