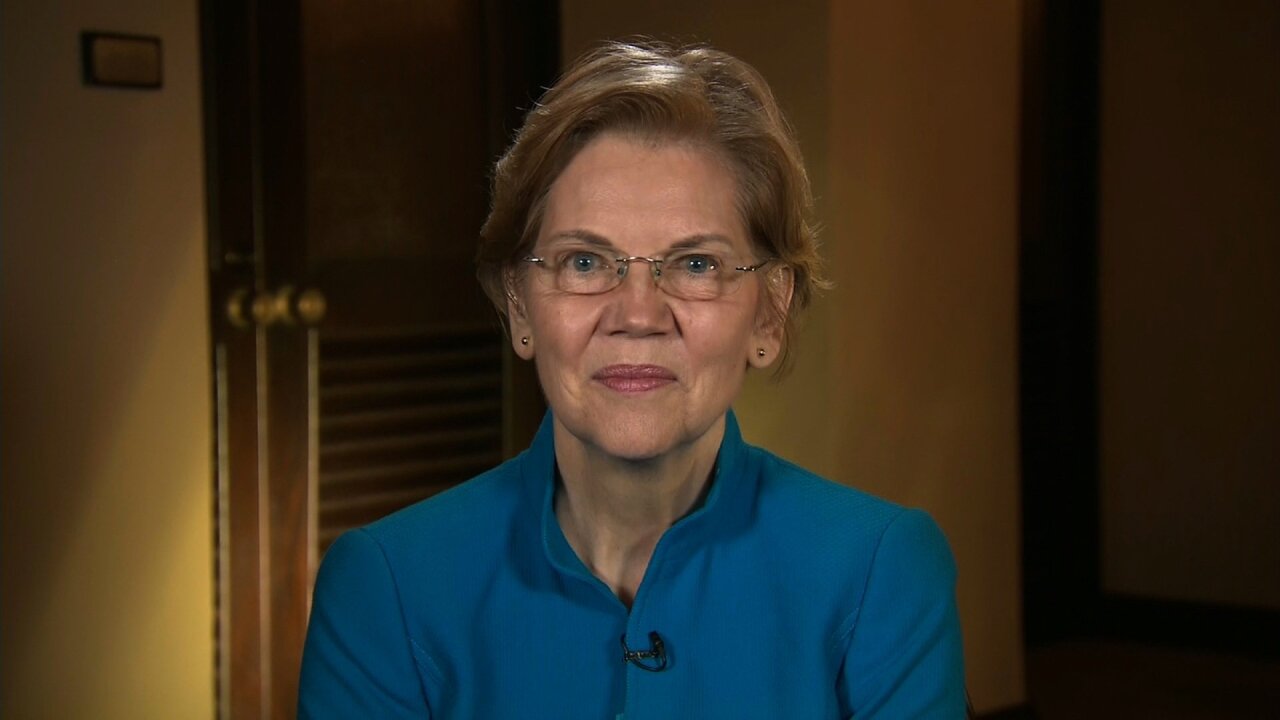 (CNN) -- Sen. Elizabeth Warren released an aggressive plan on Friday to break up tech giants like Amazon, Google and Facebook, targeting the power of Silicon Valley with her populist message as sprawling Internet giants face mounting political backlash ahead of the 2020 presidential election.

The far-reaching proposal would impose new rules on certain kinds of tech companies with $25 billion or more in annual revenue, forcing Amazon and Google to spin off parts of their companies and relinquish their overwhelming control over online commerce. The plan also aims to unwind some of the highest profile mergers in the industry, like the combinations of Amazon and Whole Foods, and Google and DoubleClick, as well as Facebook's acquisition of Instagram and WhatsApp.

The proposal from the Democratic presidential candidate is sure to rankle Silicon Valley executives and investors as well as opponents of government regulations, while drawing applause from progressive activists, consumer advocates and a range of lawmakers who have railed against what they see as unsustainable monopolies in the industry.

Warren's presidential campaign shared with CNN details of the plan, which outlines specific measures to break up large tech companies. It marks the Massachusetts Democrat's third major policy unveiling so far this year and is yet another sign that the progressive firebrand intends to set herself apart in a growing Democratic field by laying out an ambitious agenda centered around her campaign's overarching theme of dismantling wealthy and powerful interests.

"Today's big tech companies have too much power -- too much power over our economy, our society, and our democracy. They've bulldozed competition, used our private information for profit, and tilted the playing field against everyone else. And in the process, they have hurt small businesses and stifled innovation," Warren wrote in a Medium post about the proposal. "That's why my Administration will make big, structural changes to the tech sector to promote more competition—including breaking up Amazon, Facebook, and Google."

According to a source familiar with her plans, Warren is expected to promote the new proposal Friday evening in Long Island City, where Amazon recently backed out of its plan to build a massive campus after facing intense political backlash. The senator is also headed to the South by Southwest Conference in Austin, Texas, on Saturday.

The proposal was greeted with a cheer from New York State Sen. Julia Salazar, a Democratic Socialist ally of freshman Rep. Alexandria Ocasio-Cortez and a vocal opponent of New York's deal to bring Amazon's second headquarters to Queens.

"I'm glad to see the dangers of monopolistic market power being taken seriously by a leading presidential candidate," Salazar said in a statement. "Gov. Andrew Cuomo and other pro-Amazon politicians need to see the danger of sublimating all facets of our daily lives into a single all-encompassing company, which is clearly Amazon's business model."

The proposal is likely to spur debate in the rest of the Democratic field, which includes hard-charging candidates like Warren but also others who have taken substantial sums of money from Silicon Valley. A Warren aide told CNN the senator has not yet discussed her proposal with colleagues in Congress.

The plan would pose existential threats to the business models that turned certain giant tech firms into money spigots.

Separating Google's ad business from its Search function, for example, would make Google ads -- on which the company depends for nearly all of its revenue -- much less valuable. So would requiring Google to divest DoubleClick, the company it acquired in 2008 that vastly expanded the reach of its advertising network.

Warren's proposal would also prevent Amazon from selling its own branded products through its platform, resulting in lost revenue for the company but not killing the business model of taking a cut of every other transaction on the website. The move would alleviate one of the biggest concerns of other sellers on the marketplace -- that Amazon can determine which products are featured and promoted more prominently.

Warren's use of the $25 billion in annual revenue as a measure is notable because currently, antitrust enforcement largely depends on complex and ambiguous legal tests around factors like market share and evidence of price gouging.

Ahead of Warren's visit to New York on Friday, State Sen. Mike Gianaris, who represents Long Island City and whose opposition threatened to scuttle Amazon's deal before the company retreated, said, "I am proud the progressive movement in our country runs through Queens. It's only natural that Presidential candidates are spreading their message in western Queens and I look forward to hearing what Senator Warren has to offer."