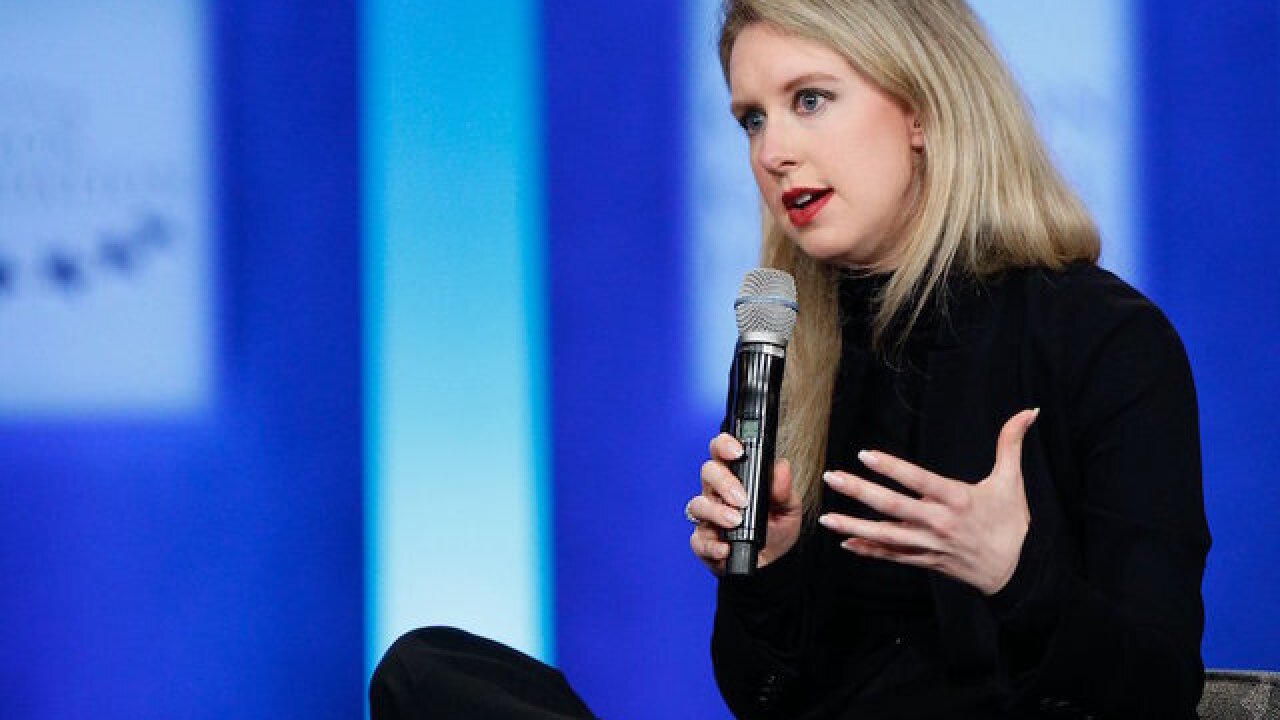 Theranos founder Elizabeth Holmes has been indicted on federal wire fraud charges, the office of the United States Attorney for the Northern District of California announced Friday.

Holmes and former Theranos COO and president Ramesh "Sunny" Balwani allegedly engaged in a multi-million dollar scheme to defraud investors, as well as a scheme to defraud doctors and patients, according to a release from the US Attorney's office.

Holmes and Balwani are charged with two counts of conspiracy to commit wire fraud and nine counts of wire fraud. The indictments happened Thursday and were unsealed on Friday. If convicted, they each face a maximum sentence of 20 years in prison and a fine of $250,000, plus restitution for each count of wire fraud and each conspiracy count, according to the US Attorney's office.

Holmes and Balwani were accused of knowingly misrepresenting the capabilities of Theranos' proprietary blood testing technology. The two allegedly knew there were "accuracy and reliability problems," and that it "could not compete with existing, more conventional machines," the US Attorney's office said.

Minutes before the charges were made public, Theranos announced that Holmes has stepped down as CEO. The company's general counsel, David Taylor, will take over as CEO. Holmes will stay on as chair of the company's board.

An attorneys for Holmes did not immediately respond to requests for comment.

Balwani's attorney, Jeffrey B. Coopersmith, said in a statement his client is innocent. "Mr. Balwani committed no crimes. He did not defraud Theranos investors, who were among the most sophisticated in the world. He did not defraud consumers, but instead worked tirelessly to empower them with access to their own health information. Mr. Balwani is innocent, and looks forward to clearing his name at trial," the statement said.

A lawyer for Theranos said the company had no comment.

Theranos was once valued at as much as $9 billion.

Holmes dropped out of Stanford University to launch Theranos in 2003 with a plan to offer cheaper, more efficient alternative to traditional medical tests. It promised patients the ability to test for conditions like cancer and diabetes with just a few drops of blood.

Holmes was once lauded as the youngest self-made female billionaire. But her net worth was revised down to nothing after Wall Street Journal investigative reporter John Carreyrou started digging into the technology behind her blood testing startup. Carreyrou's first expose on the company ran in October 2015 and Theranos voided two years of its blood tests just seven months later.

Holmes and Theranos reached a settlement with the SEC, while the SEC said it would take its case against Balwani to court.

Coopersmith called the SEC action against his client "unwarranted."

"Sunny Balwani accurately represented Theranos to investors to the best of his ability," Coopersmith said in a statement.