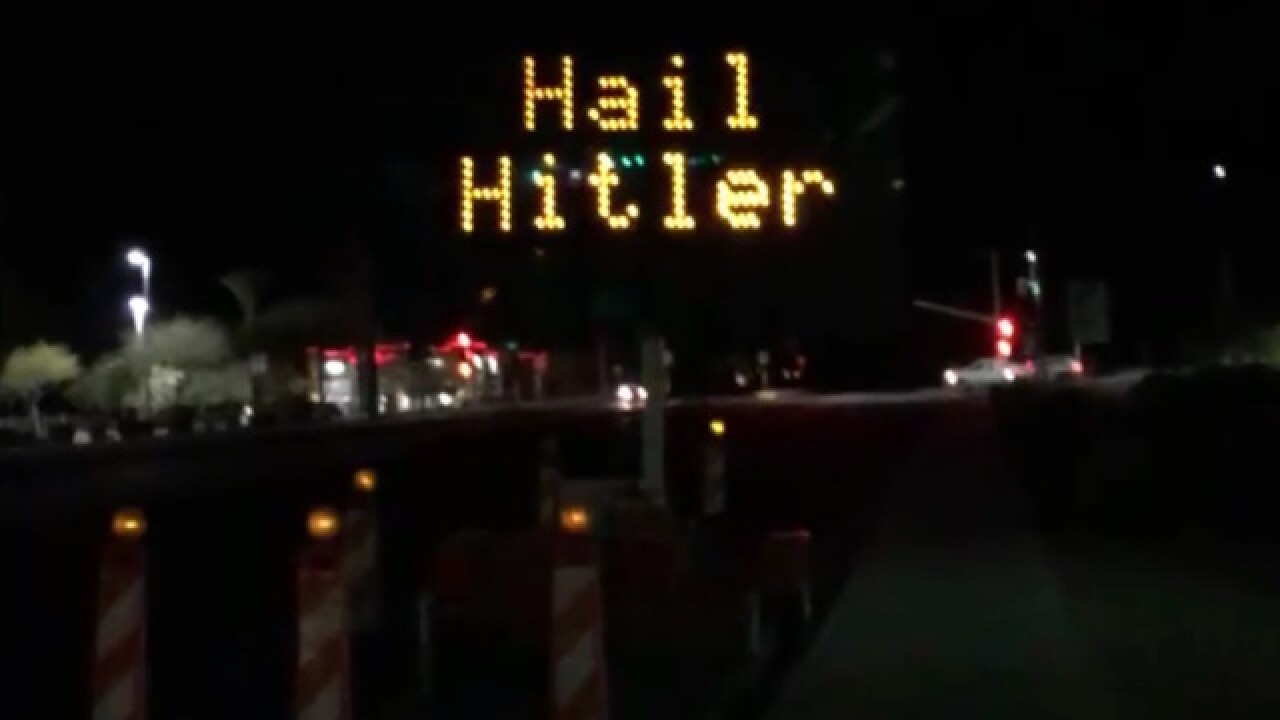 Copyright 2018 Scripps Media, Inc. All rights reserved. This material may not be published, broadcast, rewritten, or redistributed.
Tiffany King

Several viewers of Scripps station KNXV in Phoenix reached out Friday morning regarding a road sign along Hunt Highway that said "Hail Hitler".

According to PCSO, the department first received a call about the sign around 2:30 a.m.

A private company reportedly owns the sign and Pinal County officials say they were unable to reach the company for help at that time. They also reached out to Pinal County's public works department for help, but they too were unable to turn off the sign.

Crews eventually covered up the sign so it could no longer be seen by passing drivers. KNXV crews headed out to the area later Friday morning where workers were on scene and confirmed the sign no longer had the offensive message.

KNXV has reached out to the company for comment on the incident but has not yet heard back.